Lorraine Brett isn’t the only BC Liberal candidate to come under fire this week
Oct 16, 2020 1:36 PM By: Stefan Labbé 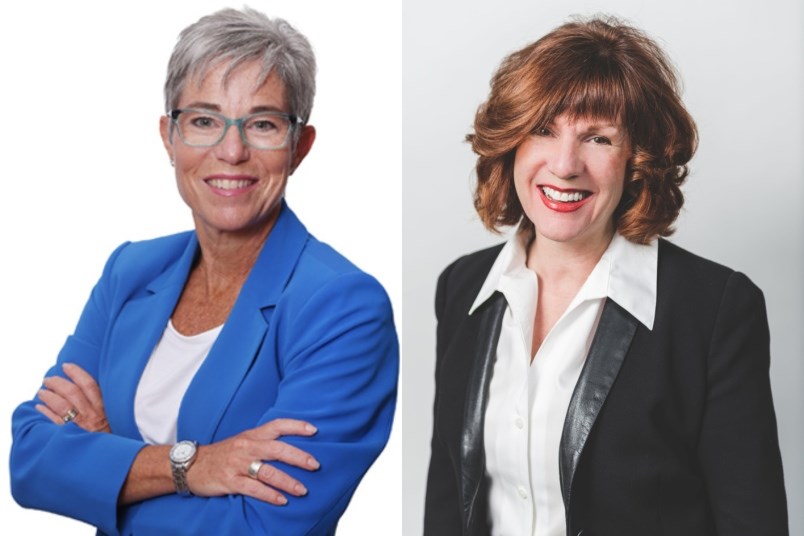 Coquitlam-Maillardville BC NDP candidate Selina Robinson is calling on BC Liberal leader Andrew Wilkinson to fire one of his candidates for a June tweet praising a J.K. Rowling blog that has been condemned by some as anti-trans.

Robinson first called for BC Liberal candidate for New Westminster Lorraine Brett to resign on Thursday after the tweet first began to circulate. In the June 10 tweet that’s now been deleted, Brett comments, “J.K Rowling’s best work! Thank you @jk_rowling”

The nearly 3,700-word essay, published June 10 on the popular author’s website, delves into why she jumped into the trans debate. At one point she reveals she is survivor of sexual assault “not in an attempt to garner sympathy, but out of solidarity with the huge numbers of women who have histories like mine, who’ve been slurred as bigots for having concerns around single-sex spaces.”

Robinson pointed to “transphobic messaging” in passages like “I refuse to bow down to a movement that I believe is doing demonstrable harm in seeking to erode ‘woman’ as a political and biological class and offering cover to predators like few before it” and "But, as many women have said before me, ‘woman’ is not a costume.”

The Tri-City News has tried to reach Brett by phone and email but has yet to receive a response, but in a Tweet Friday morning, she wrote that “it’s important to hear different ideas in a fair and open society.”

“The BC Liberals have been unequivocal in our support for the LBGTQ community and worked hard to advance an agenda that builds a better and more tolerant British Columbia,” she added. “I am running as a BC Liberal because I share these views.”

In June, I responded to a piece by JK Rowling that was based on her own personal experiences and drew much attention. I think it’s important to hear different ideas in a fair and open society. The BC Liberals have been unequivocal in our support for the LBGTQ community and ...

Brett isn’t the only BC Liberal candidate under fire. On Thursday, BC Liberal MLA for Chilliwack-Kent Laurie Throness resigned after he was called out for comparing the NDP’s proposal for free contraception to eugenics. Within hours, the candidacy of Langley East MLA Margaret Kunst was once again questioned after Global News reported she had filled out a Christian political action group’s questionnaire in 2018 committing to keeping rainbow crosswalks off the city’s streets. She later voted to strike down a proposed rainbow crosswalk in a move Wilkinson said he understood was due to “procedure” and not about gay rights.

“The BC Liberals don't just have a Laurie Throness problem,” said Robinson in a press conference Friday. “They have a much deeper problem with sexism, homophobia, and transphobia.”

“Andrew Wilkinson can’t claim that there is no room for discrimination while continuing to tolerate hate in his own team of candidates. He needs to fire Margaret Kunst and Lorraine Brett today.”

Andrew Wilkinson is expected to speak to the press again Friday afternoon in Port Moody.

This is also not the first time J.K. Rowling’s comments on transgender people has sparked political controversy in Coquitlam.

Selina Robinson is looking to defend her seat in Coquitlam-Maillardville against BC Liberal Will Davis and BC Green Nicola Spurling.

Spurling, who herself is a transgender woman, was threatened with legal action in May after challenging J.K. Rowling on Twitter over her comments on transgender people. Three weeks ago, the leader of the B.C. EcoSocialists was forced to resign after Spurling called him out for making allegedly transphobic comments surrounding Rowling.

“Selina’s calls for the resignation are appropriate,” she told the Tri-City News. “It seems like it’s a systemic issue among the BC Liberals.”

But while praising Robinson, Spurling also recalled the BC NDP’s move to “kill that legislation” that would have banned conversion therapy, the practice of attempting to "cure" someone of homosexuality or a "confused" gender identity, whether through religious practices, psychiatric counselling or any other form of coercion and shaming.

“I don’t know why the BC NDP are claiming the moral high ground here,” said Spurling. “In lieu of a federal ban, it’s important the provinces step up.”

In an interview with the Tri-City News, Robinson defended her government's move not to go ahead with a provincial conversion therapy ban, saying B.C. has no authority to change the Criminal Code and that it’s up to the federal government to move forward with the ban.

“It would be an ‘allyship’ ban, but we really couldn’t do anything,” said Robinson. “This isn’t about not believing there shouldn’t be a ban.”