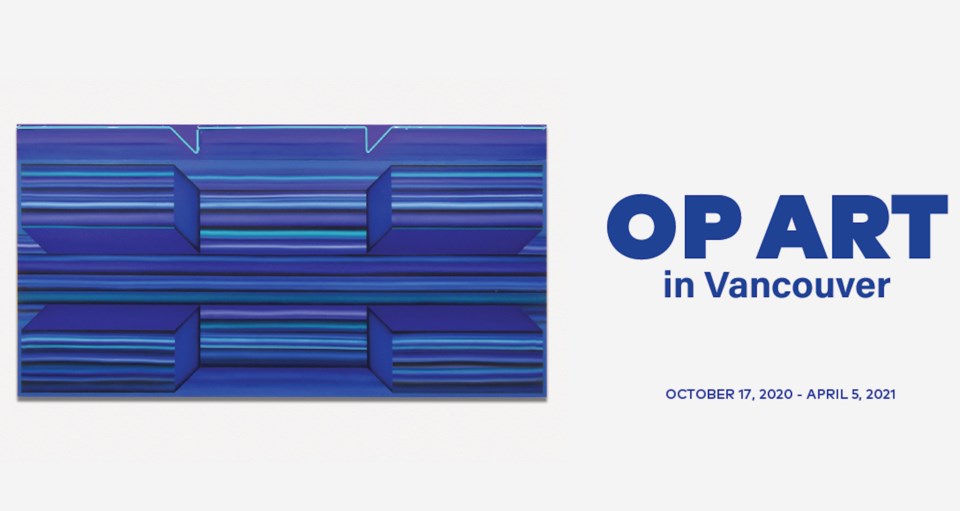 Saturday, Oct. 17 is the launch of a new exhibit with art that appears to move in the eyes of spectators. (Vancouver Art Gallery)

"Stimulating the eye, his vibrant paintings, prints, and sculptures produce the optical illusion of dynamic movement: they appear to pulse, shimmer, and vibrate.”

It’s how the Vancouver Art Gallery (VAG) describes the artwork of its most recent exhibitor – late Hungarian-French artist Victor Vasarely, known as the “father of optical art.”

The Op Art exhibition kicks off this Saturday, with an arrangement of playful and colourful aestheticism that is sure to lift the spirits of its spectators.

“Vasarely’s interest in the democratization of art for all, his use of mass production and his embracing of interdisciplinarity continue to resonate with artistic practices today, according to a gallery curator.

The art reached its peak of popularity in the 1960s and 1970s – with a Plastic Alphabet, that formed an abstract language with varying colours of geometrical shapes.

A large number of the paintings, sculptures, and tapestries now on display are on loan from the Simonyi Collection in Seattle.

The exhibition runs until April 5.

This new public art piece in North Vancouver uses lights to make you feel like you're underwater
Oct 15, 2020 10:55 AM
Comments