Three orphaned river otters released back into the wild

Photo BC SPCA Three young river otters have been released into the wild after spending about a year at the BC SPCA's Wild Animal Rehabilitation Centre (Wild ARC).
0
May 2, 2018 10:00 AM By: Melissa Shaw 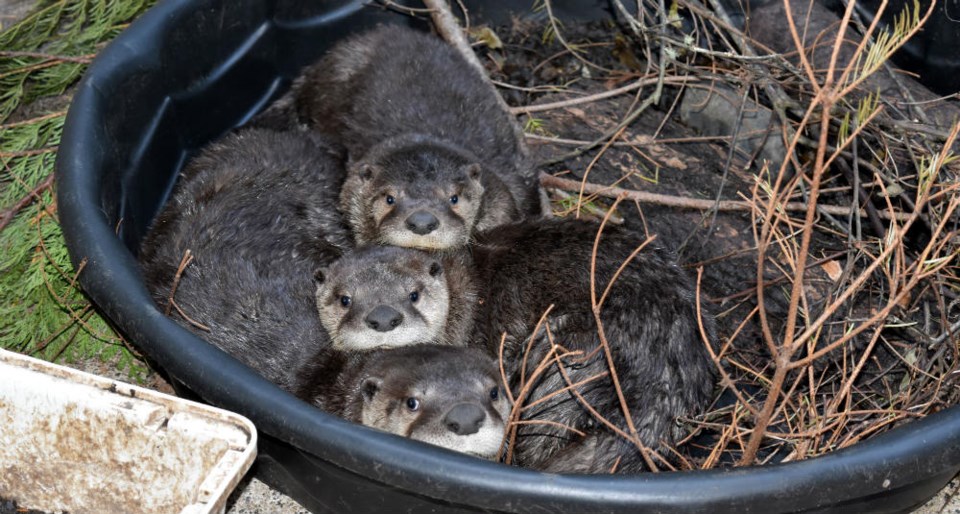 Three young river otters have been released into the wild after spending about a year at the BC SPCA's Wild Animal Rehabilitation Centre (Wild ARC).

“We know we’ve done everything we can to prepare them for the wild, doing a release is one of the happiest days for our staff and volunteers,” says Marguerite Sans, Wild ARC’s senior wildlife rehabilitator.

The otters are named Lady Coby and Piers after the locations where they were found (Ladysmith, Cowichan Bay and Piers Island).

Lady was orphaned after her mom was chased by a dog and dropped her. Cowby was found covered in ticks after his mom was scared off and both otters were so young that their eyes weren't open yet. Piers was found alone calling for his mother on Piers Island near Swartz Bay, according to a release.

Kelly Letendre, an air traffic controller who works in the tower at YVR airport, won the chance to witness the animal's release with his wife, Julia. “Nature and conservancy have always been very important to me – the otters are absolutely adorable and it will be great to see them released into their natural habitat,” he says.

Watch the video to learn more: