“There will be no public gathering but we will create opportunities for everyone … to enjoy art, culture and community,” organizers say.
May 1, 2020 12:55 PM By: Megan Lalonde 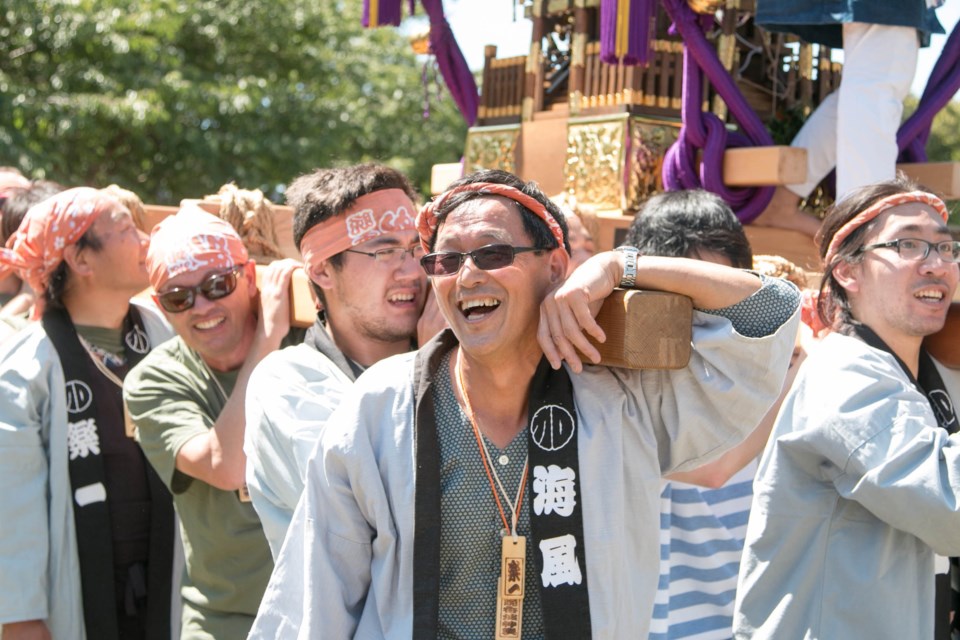 This year’s Powell Street Festival, the largest Japanese Canadian festival in the country, is "cancelled in its traditional form as a public gathering" due to COVID-19 concerns.

The festival was scheduled to return to the Powell Street Historic Japanese Canadian Neighbourhood, or Paueru gai, for its 44th iteration on Aug. 1 and 2.

“Our festival is first and foremost, a celebration of community and culture. We may not be gathering together physically but we are united in spirit. Because of our deep historic roots in the festival’s geographic location of the Downtown Eastside, we are committed to the people currently living in the neighbourhood and stand in solidarity with them,” said Powell Street Festival Society president Edward Takayanagi in a statement.

The Paueru gai has been a central part of Japanese community and culture in Vancouver since the city's early years, including its park, Powell Street Grounds, which opened in 1902 and was later renamed for Vancouver's second mayor, David Oppenheimer.

Last year, the festival shifted from its traditional location in Oppenheimer Park to surrounding streets, so as to avoid displacing any of the park's tent-dwellers.

"As a community that has experienced forced displacement, we refuse to continue this pattern of dispossession of vulnerable people in this area,” said Takayanagi in a statement at the time.

During this year’s festival weekend in August, “Powell Street Festival will adapt its Japanese Canadian celebration to transcend the COVID-19 pandemic and to uplift communities and people in need,” Takayanagi continued.

“There will be no public gathering but we will create opportunities for everyone — artists, festival attendees, volunteers, vendors, DTES residents, and the Japanese Canadian community at large — to enjoy art, culture and community.”

Organizers said they plan to release more details regarding Powell Street Festival’s 2020 programming in the near future.

- With files from Lindsay William-Ross

Nurse who worked at Lynn Valley Care Centre suspended over PPE allegations
Jul 2, 2020 8:24 AM
Comments
We welcome your feedback and encourage you to share your thoughts. We ask that you be respectful of others and their points of view, refrain from personal attacks and stay on topic. To learn about our commenting policies and how we moderate, please read our Community Guidelines.