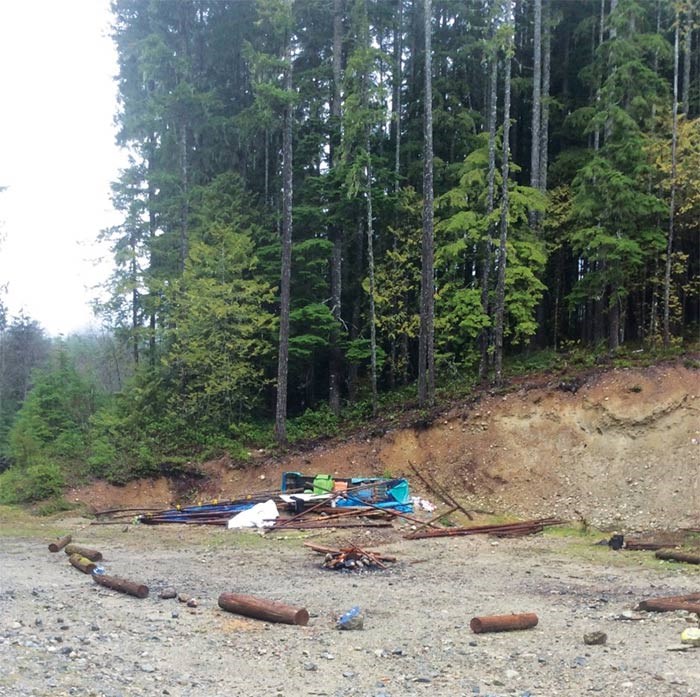 Sunshine Coast conservation and natural resource officers are dealing with a significant amount of garbage discarded on a forest service road (FSR) in Roberts Creek by logging protesters, the Conservation Officer Service (COS) said in a release Wednesday.

COS said the garbage was generated by a protest camp set up on a landing beside the Roberts Flume FSR off of the B&K FSR. The camp has recently been abandoned, “and unfortunately, the community has been left to bear the burden of cleaning up the mess that the former camp inhabitants left behind.”

The refuse consisted of tarps, furniture, and residential waste.

“All agencies involved would like to remind the public who participate in these protests to practise responsible stewardship of the forested land,” the release said.

“This includes securing all wildlife attractants, removing all human waste and garbage, and respecting the rights of other recreational and industrial users in the forest.”

The public is encouraged to report any natural resource violations to the Report All Poachers and Polluters (RAPP) line, at 1-877-952-7277.