Quantum Park is being envisioned as a hub of modern organic architecture with towers of residences above and office, retail, and restaurant space below
Nov 3, 2020 5:24 PM By: Sarah Grochowski 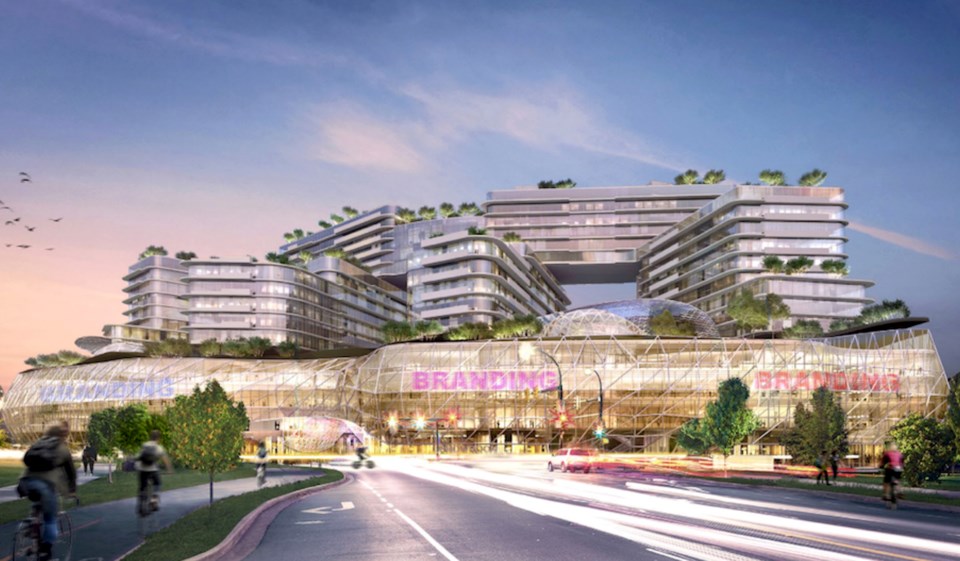 15 to 25 storeys of mixed-use architecture

The proposed transformation, dubbed Concord Pacific’s Quantum Park, will include 300,000-square-feet of office, retail, and restaurant space with 3,000 residences built up in towers near the south end of the Burrard Bridge.

Its height will reach anywhere from 15 to 25 storeys. Horizontal sky bridges and multi-storey podiums will connect the buildings.

The title “Quantum,” gets its name from two glass atriums that look like wormholes, paying homage to derived from the study of quantum theory from Vancouver scientists. 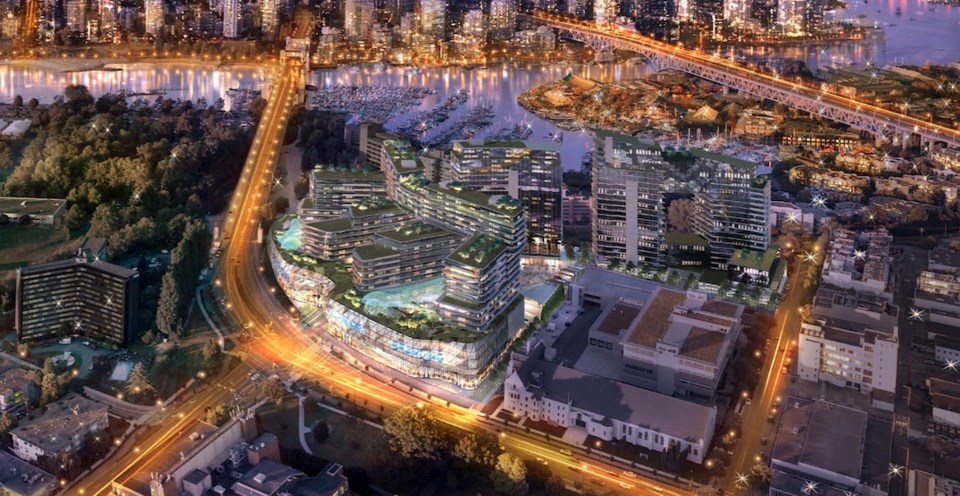 The resulting funnel design of the glass roof between podiums showcase atriums of green space, with the ability to collect rainwater for reuse in landscaping irrigation.

Other offerings include a health club, co-working space, electric-battery vehicle charging for parking stalls, and an automated touchless car wash.

“Part of our future vision is to encourage Vancouver to be a hub for leading physicists to meet and exchange ideas,” explained Concord Pacific senior vice-president Peter Webb. 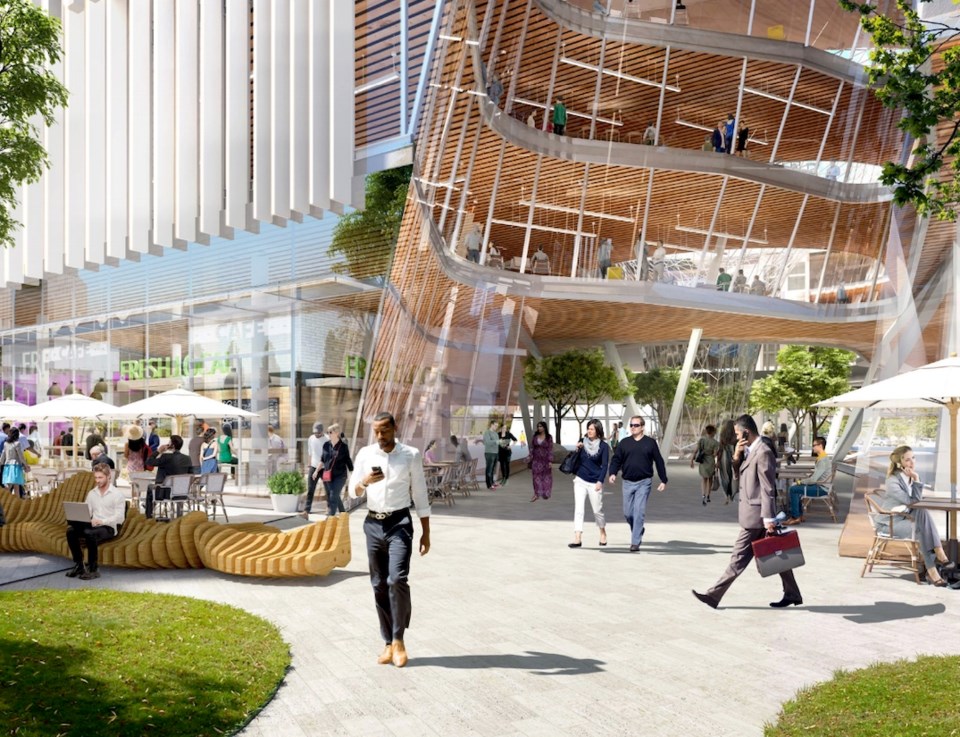 There’s one obstacle with the proposed plans though – the current 7.6-acre site is zoned by the City of Vancouver for industrial use-only.

To that end, Webb told Vancouver Is Awesome via email “it is evident that industrial uses no longer make sense for the neighbourhood.”

However, “we want to respect the process and have been and will be working with the city’s planning department and our neighbours, the Squamish Nation,” he added. 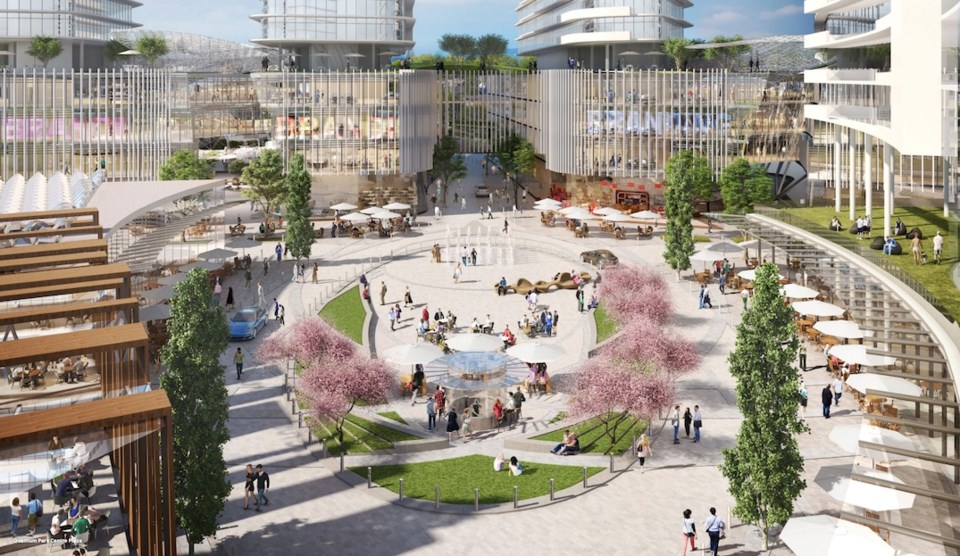 The Quantum Park proposal is currently in the planning stages.

No rezoning applications have been submitted to the City of Vancouver, nor Metro Vancouver Regional District.

The former brewery only employed no more than up to 200 people over the past decade before its closure in 2015. The current plan envisions a significant jump in density.