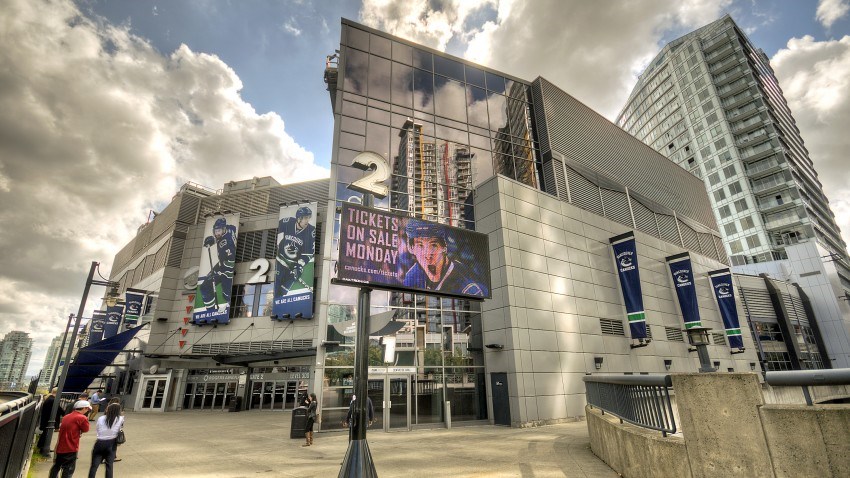 Vancouver appears to be gaining momentum as one of the two hub cities for the National Hockey League's return-to-play plan scheduled to roll out next month, multiple reports indicate.

Tweets from Sportsnet 650's Satiar Shah and Irfaan Gaffar, as well as The Fourth Period editor-in-chief David Pagnotta and CTV's Jason Pires, said Vancouver has now joined long-time favourite Las Vegas as front-runners to each host 12 of 24 teams set to return to play this summer.

Previously, the NHL had said there is a preference for one hub city each in the Eastern and Western portions of North America, leaving Vancouver lower on the priority list due to it being in the west along with Las Vegas. Among the Eastern cities thought to be leading in the consideration process are Toronto, Raleigh (NC) and Columbus, Ohio.

A final decision is expected early next week, and the NHL and the NHL Players Association will both have to sign-off on the eventual choice.

B.C. has been lauded as one of the top North American jurisdictions in managing the COVID outbreak, with daily new cases in June almost never rising above 20. On June 18, the province reported just 7 new cases, and there are only 11 patients hospitalized with the disease as of Friday.

Meanwhile, authorities in Eastern Canada (including Ontario) have struggled to contain the novel coronavirus's spread, reporting 178 new cases on June 18 and 333 patients in hospital. The southern United States, in the meantime, has seen its COVID numbers surge - weeks after governments pushed the local economies in states like Florida and Arizona to open despite warnings from health officials.

For comparison, Florida reported 3,822 new COVID cases on June 18, while Arizona reported 3,246 new cases on the same day. Nevada and Ohio - where Las Vegas and Columbus are located, respectively - reported 445 and 609 cases.