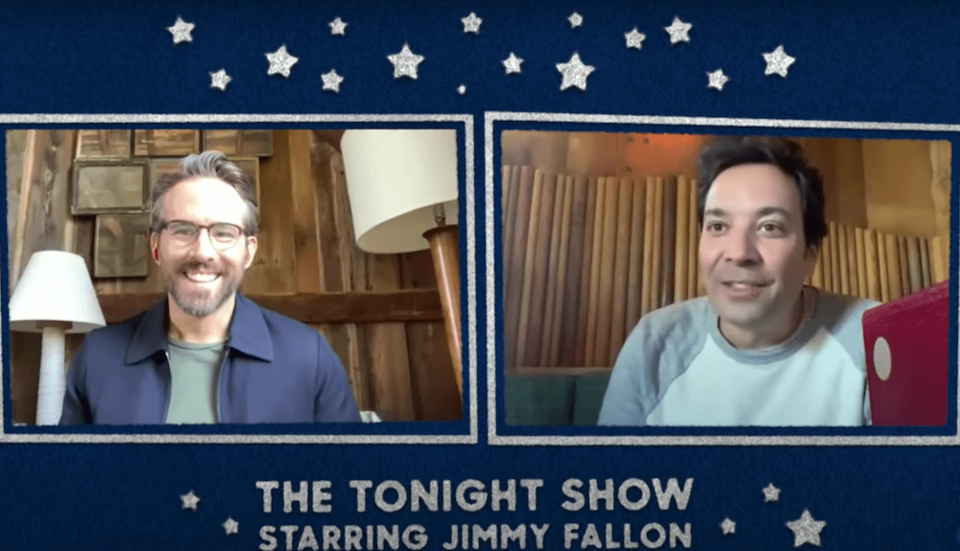 Hailing from Vancouver, one of Reynolds' brothers, Patrick Reynolds, teaches at Coyote Creek Elementary in Surrey. For Teacher Appreciation Day, the Deadpool star told Jimmy Fallon that he teaches third and fourth graders.

"He's an awesome guy - he's also an artist," explained Reynolds via the virtual COVID-19 talk show format. "So he brings something special and magical to those kids each and every day."

"And I'm really proud of him."

Reynolds added that he has another brother, Terry Reynolds, who works for the RCMP on Vancouver Island. In addition, he said he has a third brother, who is a, "jack of all trades."

"They all sort of do really good stuff for the community," he added.

"You know, it starts to get pretty embarrassing calling him a dick at dinner," he joked. "They're such good people."

Reynolds and Fallon also talked about the Vancouver actor's new movie, Red Notice, which also stars Dwayne "The Rock" Johnson. Reynolds also touched on life in quarantine, which is with his wife, Blake Lively, their three daughters, and his mother-in-law.

Reynolds delivered a commencement speech to graduates of the Vancouver high school in a video posted on social media on May 1, which included the promise of pizzas for all the students.

Entitled "Kitsilano Class of 2020," the video starts with the Deadpool star seated in a cozy room, addressing the graduating class of his former school. He makes a joke about a former classmate, and then talks about the school he attended before he went to Kitsilano, where he says he was kicked out the 'Canadian way.'