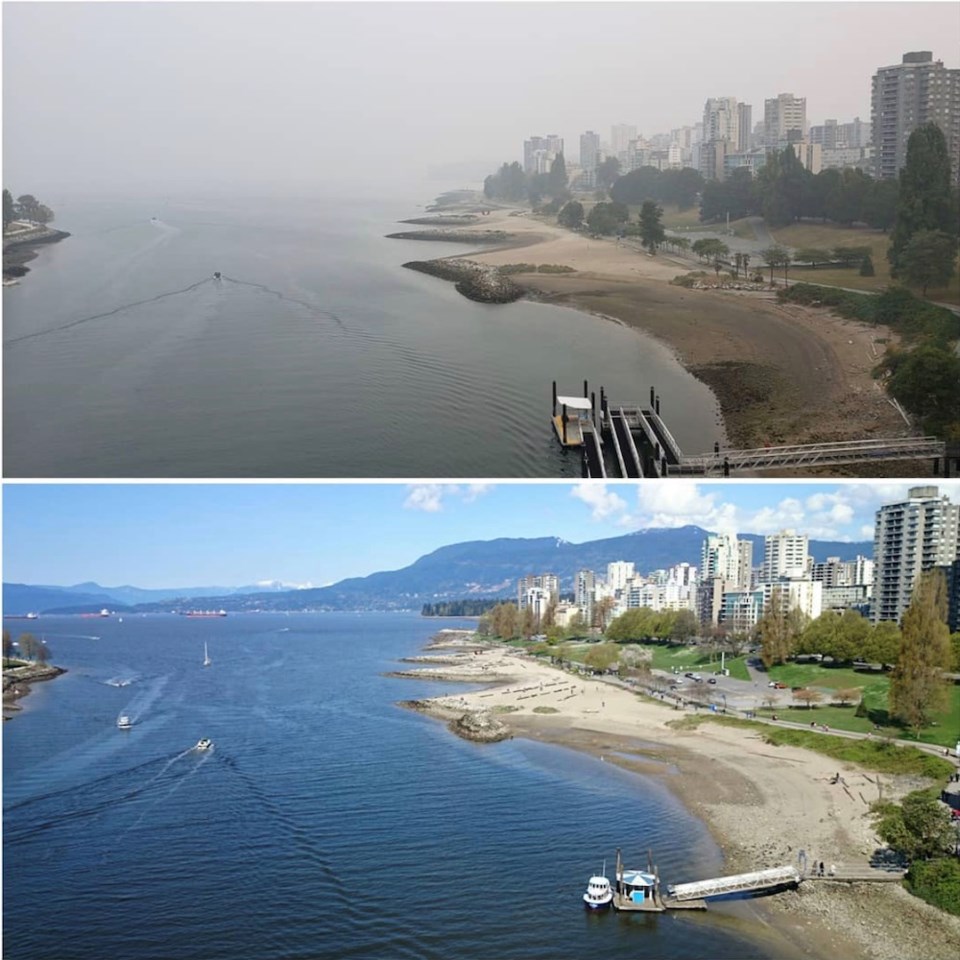 Vancouverites woke up to some seriously smoky skies Saturday morning.

Despite sunny conditions in the forecast, a thick blanket of smoke from the numerous wildfires currently blazing south of the border officially rolled into the region Friday night, creating an ominous-looking sunset and sending the city's air quality plummeting.

People with pre-existing health conditions have been cautioned to reduce their time spent outdoors since Environment Canada initially issued an air quality advisory for Metro Vancouver and the Fraser Valley on Tuesday.

“Wildfire smoke is a natural part of our environment but it is important to be mindful that exposure to smoke may affect your health,” Environment Canada said in a Sept. 9 bulletin.

IQAir, a Swiss-designed air quality information system, currently ranks Vancouver's air pollution among the worst in the world, second only to Portland, Ore.

British Columbians are not unfamiliar with smoky skies and a lingering campfire-like scent, but the current conditions represent a dramatic departure from this summer's typically-clear skies, thanks to the quieter-than-usual wildfire season the province has experienced so far.

Now, Instagram users are taking to the social media platform to share images of the hazy skies, and some of them are downright eerie. We've rounded up a few of them below:

Have any photos you'd like to share with us? Make sure to include the hashtag #vancouverisawesome in your post, so we can find and feature them.