The Port of Vancouver is taking legal action to remove the people in the park.

Almost one week after hundreds of homeless people were cleared from Oppenheimer Park in Vancouver's Downtown Eastside, a new tent city continues to expand in a parking lot near Crab Park.

Now, the Port of Vancouver says it is taking legal action against the people in the new encampment.

Back in April, the B.C. government unveiled a plan to move close to 700 homeless people from camps in Vancouver and Victoria into hotels, motels and community centres. Approximately 200 of those people resided in Oppenheimer Park.

All spaces are monitored by non-profits, which provide 24-7 support for residents, including access to health care and medication-assisted drug treatment if needed. Two meals a day are provided.

Fencing was erected throughout Oppenheimer Park to stop new campers from moving in. 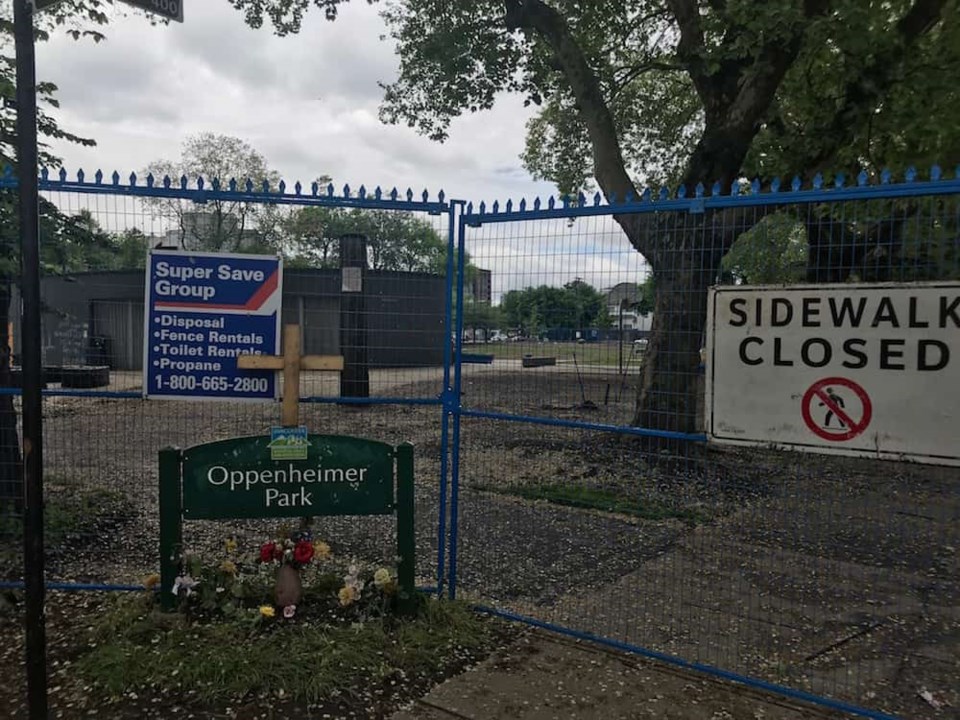 And while more than 300 people between the Vancouver and Victoria encampments have moved into housing, over a dozen tents appeared in the parking lot near Crab Park.

A number of people have shared images of the encampment on social media, with many wondering why so many people are still displaced after BC Housing offered accommodation.

Oppenheimer Tent City 2.0 on @PortVancouver at Crab Park continues to grow, while @VancouverPD and @CityofVancouver continue to not take action. Please don't let this turn into Oppenheimer! pic.twitter.com/GJtEcIh700

Hi @VancouverPD @CityofVancouver , the new tent city outside Crab Park is extremely noisy and disruptive every night. As someone with an anxiety disorder trying to shelter at home this is severely impacting my mental health. Please, please help. Residents are people too.

Danielle Jang, Media Relations Advisor for the Port of Vancouver, tells Vancouver Is Awesome in an email that the encampment in the parking lot is within port authority jurisdiction.

"We had informed this group last Saturday that they are trespassing on port property and need to vacate within 24 hours," she writes.

"As this deadline has passed, we are taking steps toward legal action in response to their refusal to vacate."

Vancouver Police Spokesperson Sgt. Aaron Roed tells V.I.A. in an email that police are aware of the encampment and are monitoring the situation. However, he notes that it is a Port of Vancouver property and that the port authority is looking at options on how to proceed. 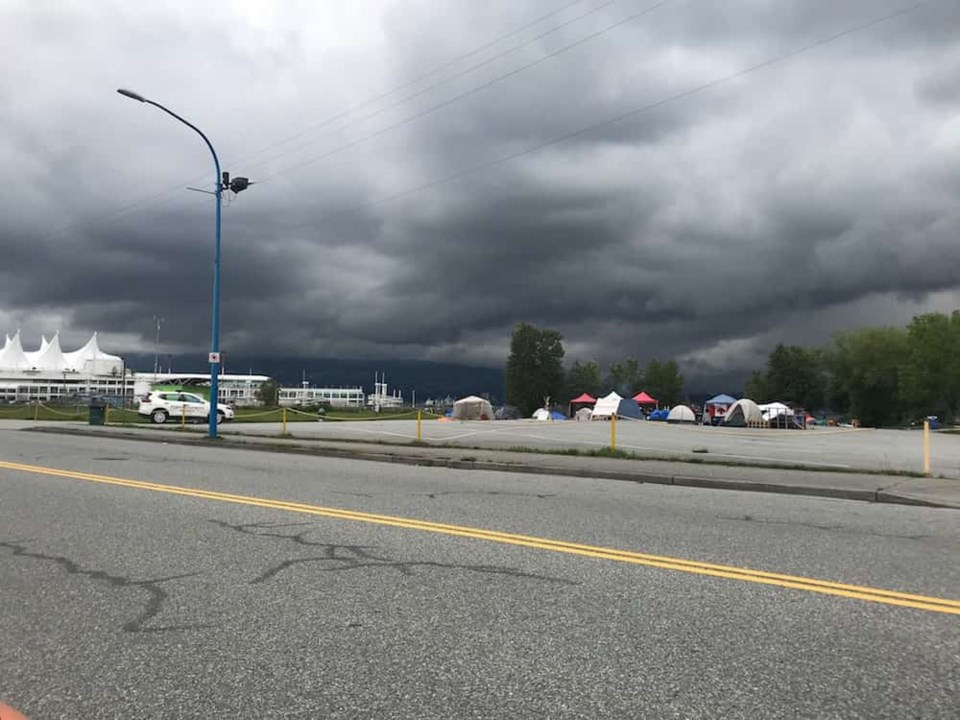 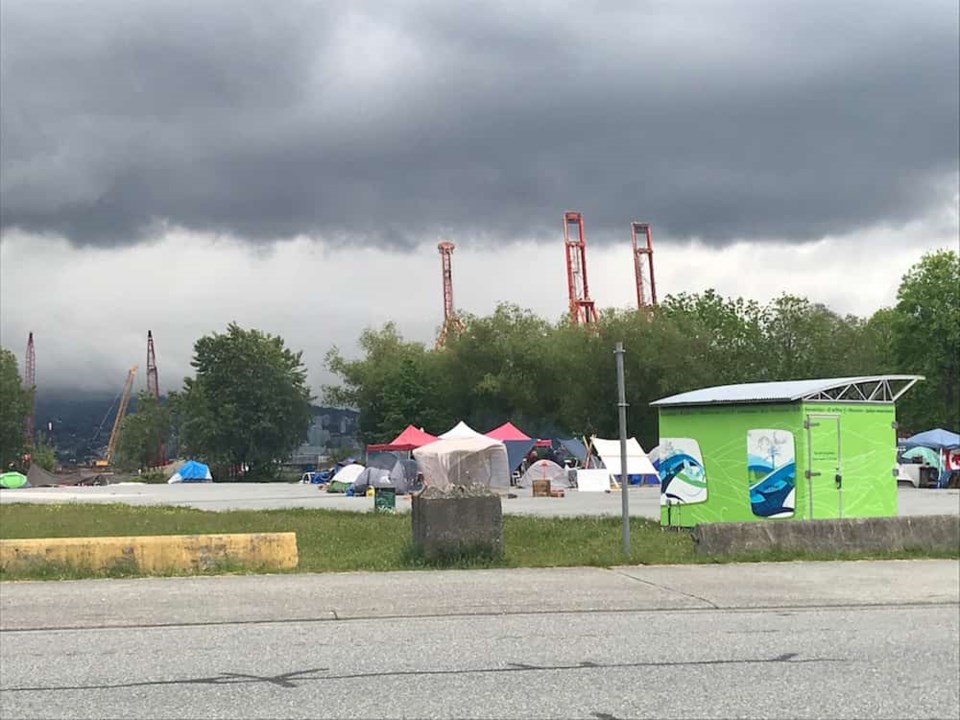 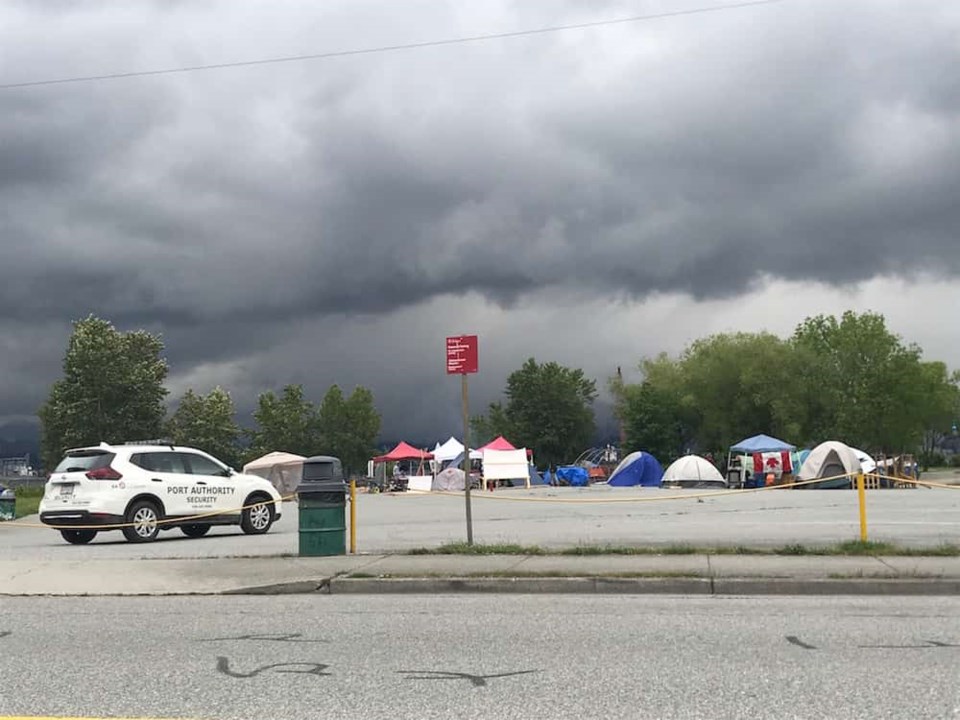 Vancouver Is Awesome has reached out to BC Housing and will update the story when more information becomes available.

- With files from Mike Howell.