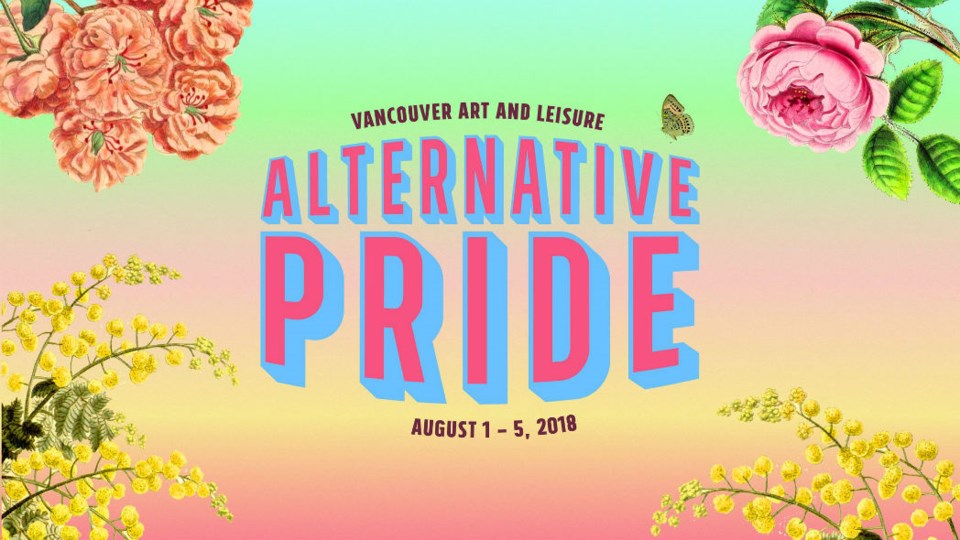 The third annual Alternative Pride features 15 events with performances from over 100 artists over six days in August.

Alternative Pride is produced by artist collective Vancouver Art and Leisure (VAL). Artistic director Matt Troy says they do not work with any corporations and only receive funding from the people.

"We hang the pride flag high and celebrate our version of an independent Alternative Pride,” says Troy.

Alternative Pride is hosting a block party on August 4 called Bears in Space, which organizers say will fill the void of the Vancouver Pride Society’s cancelled Davie Street Party and is produced in collaboration with Los Angeles' Bears in Space gatherings.

Bears in Space will be held at Red Truck Beer and runs from 3 p.m. to 9 p.m. -- starting and ending earlier than the Davie Street Party, which went from 6 p.m. to midnight.

The music and arts festival incorporates a do-it-yourself mentality focused on community building to challenge and inspire others to have a cultural and artistic impact in Vancouver.

VAL has partnered with the LOUD Foundation with the goal of raising over $2,000 in donations at this year's festival that will go towards empowering the next generation of young artists and cultural creators.

The LOUD Foundation grants scholarships to future leaders of the Canadian LGBTQ community with preference given to applicants from B.C.

Alternative Pride attendees can pay per event or there is a festival pass available for $100 or $150 with the cruise included. For more details or to purchase tickets visit their website.