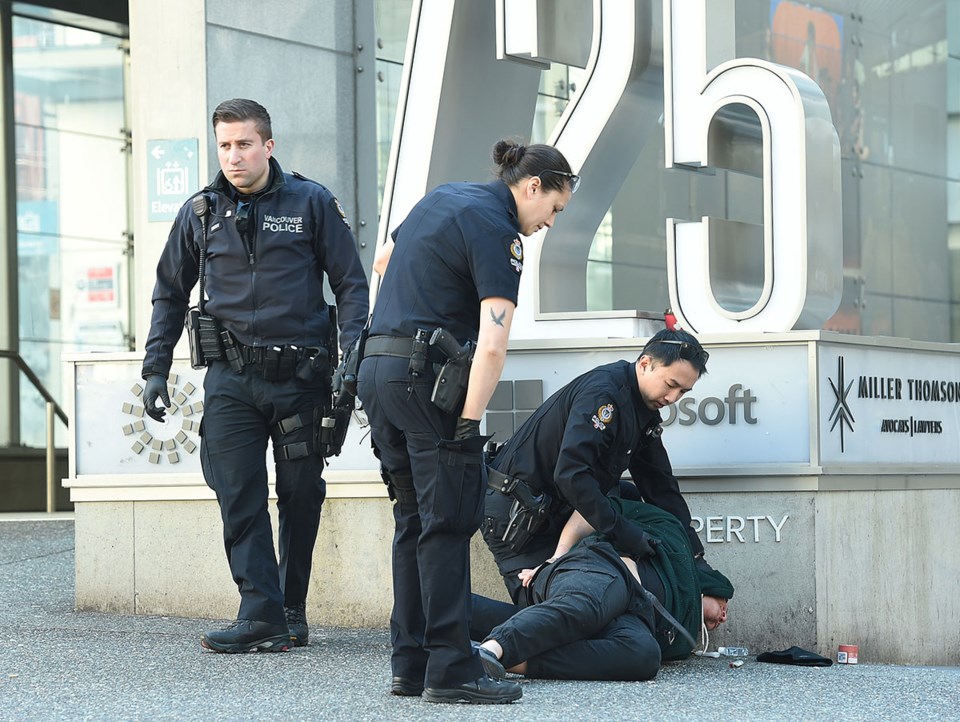 “Some elected officials have tried to position this as a status quo budget by holding the VPD at 2020 funding levels,” Police Chief Adam Palmer said in a statement following the vote. “This is simply not true. Maintaining 2020 budget levels leaves the VPD with a $5.7 million shortfall to meet fixed cost obligations.”

The vote, which culminated in a property tax hike of five per cent on a $1.597-billion city-wide operating budget, came after a lengthy debate about policing and the need for all city departments to cut spending to help offset $85 million in city revenues lost related to the pandemic.

Coun. Christine Boyle, who has been vocal in recent months to shift funding from police to develop programs that help the city’s marginalized, successfully moved the amendment that led to the funding amount for the VPD.

Dominato was also unsuccessful in attempting to gain council's support for the police-board approved operating budget of $322 million, which Palmer described in an earlier presentation to council as a “status quo, keep the lights on budget.”

Prior to council’s vote, Palmer said that Boyle’s amendment amounted to 70 fewer police officers for the department. He didn’t elaborate on whether that translated to layoffs, or not being able to hire new recruits to replace retiring officers.

He clarified in his statement after the meeting that it will mean 61 recruits won’t be hired in 2021. Palmer said he was disappointed in the decision and concerned it will directly impact public safety and the wellness of officers.

Frank Chong, the chairperson of the police board’s finance committee, warned Monday in a statement that a cut of more than $3 million — as originally recommended by city staff — would also mean longer response times, officer burnout and scaling back of VPD outreach programs.

Council’s decision, however, could be challenged, if the police board decides to apply to the province’s director of police services for a review. The Victoria and Esquimalt police board successfully argued that six officers be included in its 2018 operating budget after Esquimalt refused to pay for the costs.

Policing dominated the budget debate, with some councillors alluding to a motion they passed in July to “deprioritize policing.”

Council wants issues involving mental illness, substance use, homelessness and sex work to be responded to by initiatives developed by community, health agencies, social service providers and non-profits instead of police.

That motion was reflected in council’s move Tuesday to add $300,000 to the operating budget for planning work on the concept, with a focus on accelerating such initiatives.

At the same time, council approved $300,000 for community policing centres and $1.5 million to allow a Vancouver Fire and Rescue medic truck to continue operating in the Downtown Eastside.

The city cautioned the tax bill for each property owner will be different than the average amounts listed and depend on the assessed value of a property.

The 2021 budget is $19 million lower than the 2020 budget, with the city expected to draw down $34 million from its revenue stabilization reserve to offset the pandemic-related shortfall.