While Metro Vancouver gas prices smashed one record-high after another in May, fuel costs continue to fall in the Lower Mainland this month.
Jun 7, 2019 1:04 PM By: Elana Shepert

While Metro Vancouver gas prices smashed one record-high after another in May, fuel costs continue to fall in the Lower Mainland this month.

Not only have June gas prices continued to fall in Vancouver, but some stations are also showing costs as low as 137.9 cents per litre.

GasBuddy.com shows the top ten lowest prices in the City of Vancouver, and, as of 12:30 p.m. Friday, June 7, the lowest price was 137.9 at the Super Save on East 12th and Clark Drive in East Vancouver. However, there are a number of other gas stations showing prices of as low as 139.9 cents per litre and 140.9 cents per litre. 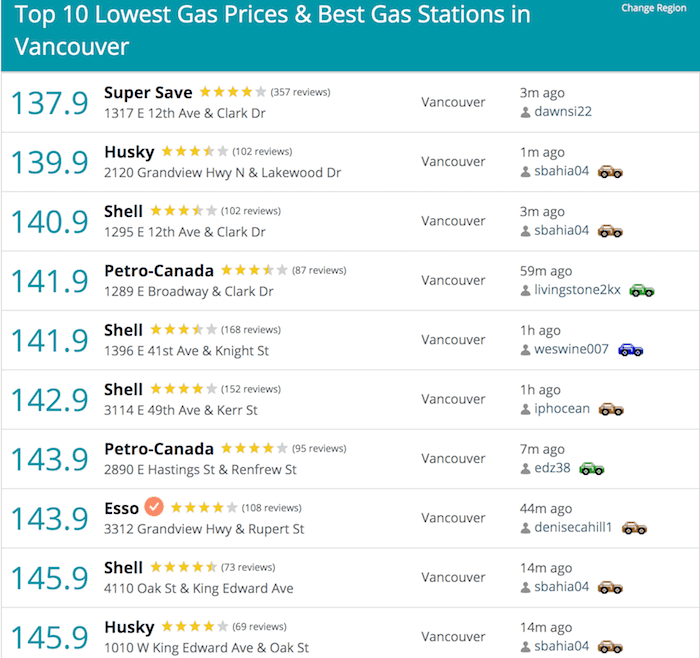 As to whether the prices will last into summer, analysts aren’t quite sure.

Dan McTeague, a Senior Petroleum Analyst with GasBuddy.com, told B.C. resident @terrybc1 on Twitter that it was, “Hard to say Terry. There’s a lot of worry over international trade and any deficit in oil production will be met by US production.”

Furthermore, McTeague has stated that the current drop in fuel prices is attributed to unstable economic conditions around the globe. He states that energy prices have been affected as traders react to, “Trump’s threats of increased tariffs on China and duties on Mexican imports to address the non-trade issue of migration.”

So, while the drop in prices has been welcomed at the pumps, McTeague highlights that the threat of, “a possible global recession, is not.”