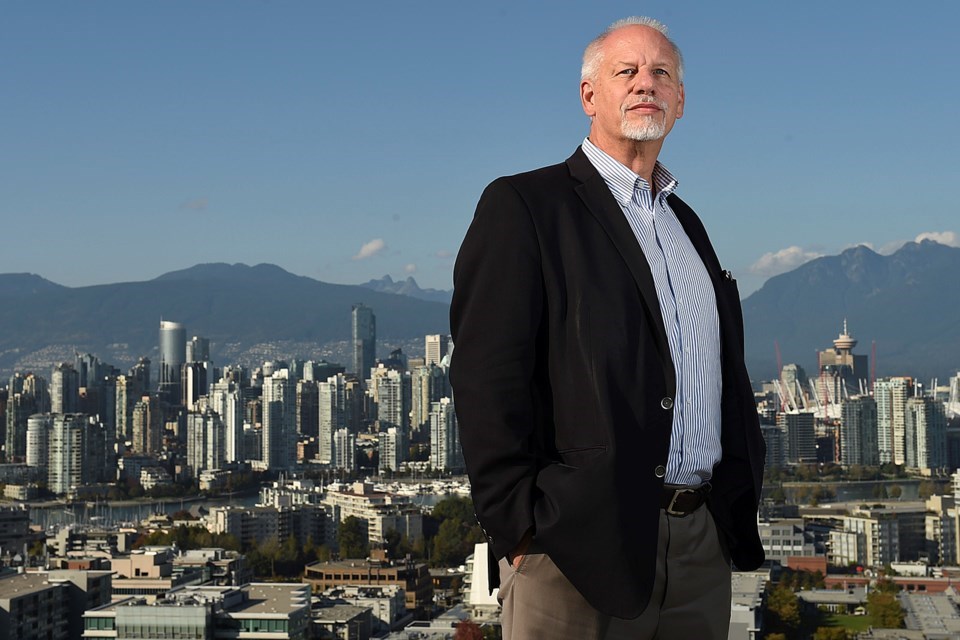 Whether it was Gil Kelley’s choice or that of council was unclear Monday.

The city didn’t make Kelley available for an interview but issued an emailed statement saying he was leaving his role as general manager of planning, urban design and sustainability “to pursue other endeavours.”

Unlike some recent departures of senior staff, Kelley’s exit appears to be imminent rather than months away, with the city’s statement stating city council appointed Theresa O’Donnell to serve as chief planner on an interim basis.

“Theresa will be taking on this responsibility effective immediately and will be working with Gil over the coming days to manage the transition,” the statement said.

Glacier Media left phone and email messages Monday with Kelley and some members of council but only Coun. Sarah Kirby-Yung had replied prior to the posting of this story. Mayor Kennedy Stewart’s office said the mayor would not provide a comment.

“I’m very grateful for Gil’s contributions to the city in this key position, and delighted that Theresa O’Donnell has stepped up and into the acting director of planning role,” Kirby-Yung said in an email.

“Vancouver has significant housing challenges to tackle, and economic and cultural development opportunities ahead to support recovery and a vibrant economy, and that work needs to continue unabated.”

Kirby-Yung didn’t say whether council had a role in Kelley leaving his job.

Kelley’s sudden departure has the hallmarks of the previous council’s decision to part ways with longtime city manager Penny Ballem, who received a $556,000 severance after then-mayor Gregor Robertson told reporters the city needed “a fresh approach” to tackle some of the city’s toughest challenges.

Kelley is leaving as the current council’s drive to create more affordable housing and roll out a city-wide plan for Vancouver is at the forefront of the agenda, albeit altered by the pandemic and the further exposure of unaffordability and homelessness.

When Kelley started his job with the city in September 2016, he told The Vancouver Courier he needed to have a good rapport with all decision makers — like he had with politicians in Portland, San Francisco and City of Berkeley in California, where he served as planning directors.

“I’m hoping to continue that here so [the city manager] and myself are actually having early conversations with decision makers about their ideas about issues, so that we can form those new initiatives together,” he told the Courier at the time.

“That’s the main thing. I have to say, I’ve been fortunate not to be constantly second guessed. Part of that is just building trust in my position on the part of decision makers.”

In that same interview, Kelley was asked what attracted him to leave his job in San Francisco for Vancouver.

He replied the city was “at a particular moment of inflection, as it were” and that it was poised to “make some big moves, much as it did in the late ‘80s, early ‘90s, when it really took hold of the downtown core and reversed the paradigm of the flight to the suburbs.”

He added: “I think it’s facing many of the challenges that San Francisco is now facing, maybe just a little bit further back from the tidal wave, but I think its readiness to address those may actually be greater than San Francisco right now. So that combination of things was very, very attractive to me.”

Kelley is the last of a powerful trio of city shapers to serve most recently in the city’s top ranks, with Sadhu Johnston leaving his post as city manager in January and Kaye Krishna, who served as the city’s general manager of development services, buildings and licensing, taking a job with the provincial government in March 2019.

All three worked in the United States before coming to Vancouver, with Johnston a dual citizen last living in Chicago, Krishna originally from Ohio and Kelley born in San Francisco; Johnston and Krishna gave several months public notice before leaving their jobs at city hall.

O’Donnell, Kelley’s interim replacement, worked in Dallas as director of that city’s department of sustainable development and construction for 10 years before accepting a job in February 2019 with the city.

According to the city’s 2019 statement of financial information, Kelley earned $291,879 in his role as chief planner. He also served in a lesser known role as member of the development permit board.

When Kelley was hired in 2016, Johnston said in a news release that Vancouver’s chief planner “has long been one of most challenging and important positions in our city” and that “Vancouver has a global reputation for world class urban planning.”

Kelley's successor will have to work with the current council until the next election in October 2022.