Watch this dog being chased on a Vancouver film set (VIDEO)

A movie will also be filmed in Gastown next week, and the set calls for temporary no stopping zones
Nov 19, 2020 12:51 PM By: Elana Shepert 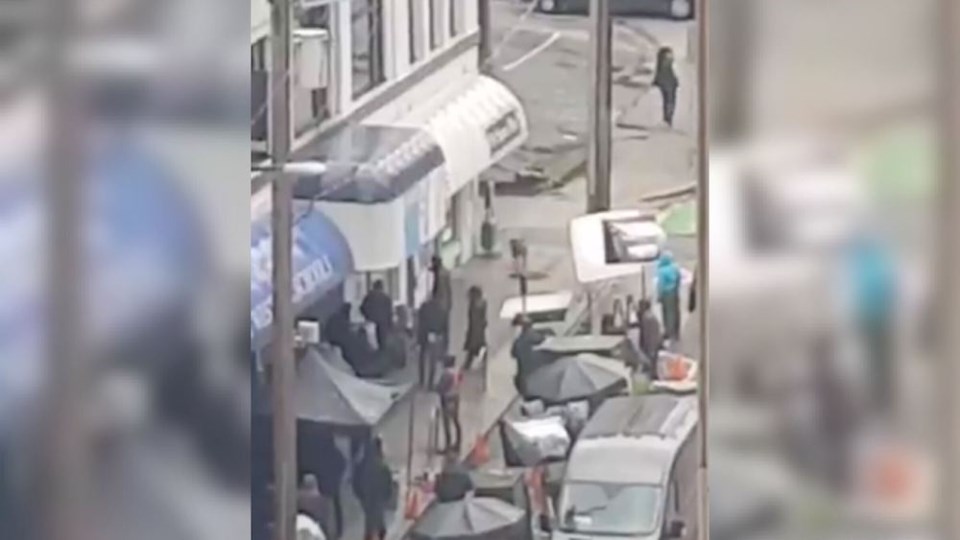 The video shows a medium-sized dog running frantically around a corner and into a building, with a man following closely behind in hot pursuit. Photo: @aoeueoa / Twitter

A video of a film shoot involving a dog chase scene in Vancouver is circulating on social media.

The video shows a medium-sized dog running frantically around a corner and into a building, with a man following closely behind in hot pursuit. A number of people are standing by the action, and several cars line the street.

A local took to Twitter to share a video of the action on Nov. 17, asking if anyone knows what was being filmed along Beatty Street. They also share a second video of the action, which shows a couple of people ducking behind a vehicle, and it appears they are brandishing weapons.

A resident notification letter has also been posted in Gastown for an upcoming shoot of the feature production The Mahalia Jackson Story, which is about the influential gospel singer's life and legacy.

In the scene, an actor will be consoled by a young father as "mourners mill about."

This month in Vancouver film

Vancouverites took to Twitter earlier this month to share images of the film set for The Mysterious Benedict Society in Gastown, as well as to share information about upcoming filming times and locations.

ABC's A Million Little Things was also filming in Gastown this month, and Vancouver Police assisted with a temporary road closure of the 100 block of Alexander Street.