Whale of a time: This cetacean made a splash in Vancouver waters (VIDEOS)

Vancouverites aren't the only ones drawn to local waters these days.
May 21, 2020 8:52 PM By: Elana Shepert 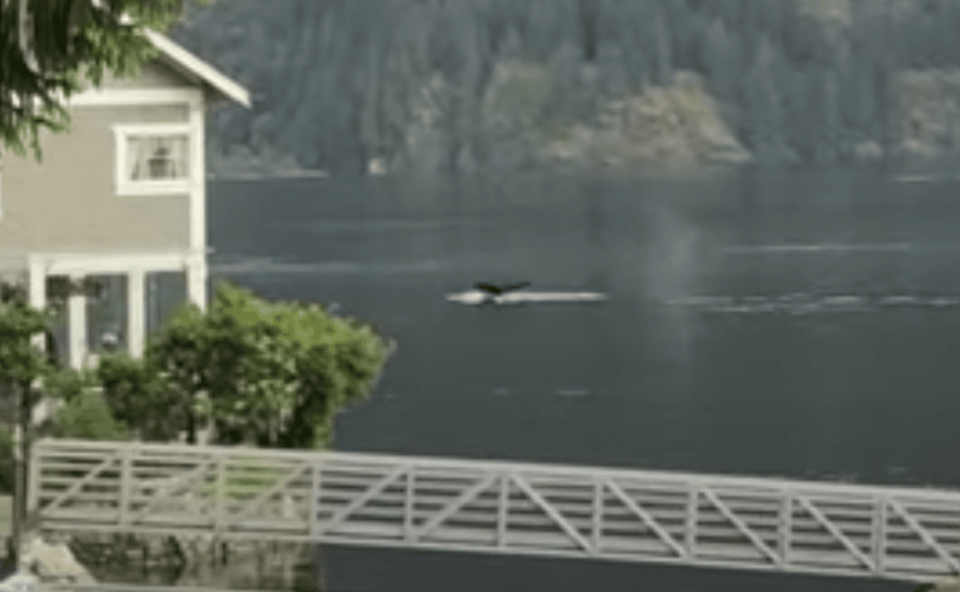 A  couple of videos show whales swimming in the sunshine just outside of Deep Cove in North Vancouver this week.

North Vancouver resident Nelson Phillips recorded the videos from his parents' house, which is located up Indian River Drive in North Vancouver. He adds that the area is just off Raccoon Island, and that you can see Twin Islands in the background to the left in the video.

And while Phillips has lived up Indian Arm on the waterfront for over 20 years, he says this was his first time seeing whales that were not orcas go by his parent's house.

"Funny enough, I saw another one today and was able to catch another video," he writes to Vancouver Is Awesome in an email. "Very rare to see and quite special to see two days in a row!"

Phillips adds that he sees seals very regularly as well as otters, and maybe the occasional orca, but that's he's never seen any other whales before yesterday.

A recent video captured orcas swimming in the sunshine near Lighthouse Park in Vancouver. In the recording, a boat is seen off in the distance at Juniper Point and an orca surfaces for air. A short while later, a second whale surfaces, and it looks like a delicate spray of mist comes out of its blowhole. View it HERE.