An investigation by Canada Border Services Agency that resulted in the arrest of seven foreign workers at Hastings racetrack last week was sparked by a whistleblower.
0
Aug 27, 2019 4:00 PM By: The Canadian Press 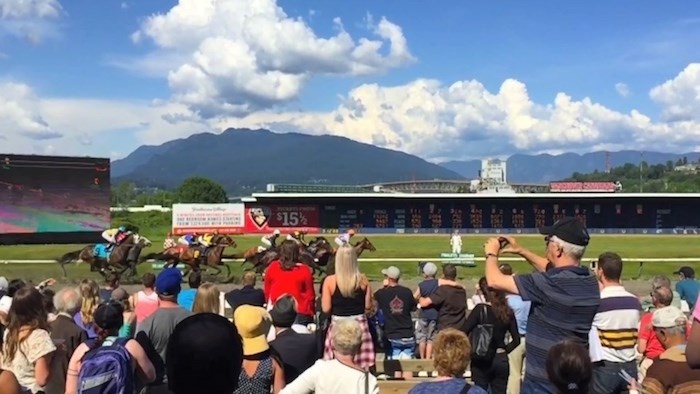 A statement from the border services agency said it was conducting investigations at Hastings Racecourse related to the Immigration and Refugee Protection Act. Vancouver Courier file photo by Michael Kissinger

VANCOUVER — Attorney General David Eby says an investigation by Canada Border Services Agency that resulted in the arrest of seven foreign workers at Vancouver's horse racetrack last week was sparked because a whistleblower contacted his office.

Eby told a news conference that a person reached out to his office last October with concerns that included the issue of people working without permits.

He says he asked the province's gaming and policy enforcement branch to investigate, which found the complaint had merit, and it also identified concerns relating to at least one gaming worker.

Eby says that inspector has been suspended with pay while the investigation continues, adding that he has no reason to believe the probe will be restricted to a single person's conduct.

He says the investigation was handed over to the CBSA after potential immigration issues were identified and the agency is also investigating criminal allegations.

The CBSA says in a statement that seven people were arrested on Aug. 19 after border officials conducted on-site interviews and identified them as "inadmissible."

"For a lot of us, when we think about people coming from countries where there aren't a lot of opportunities, where people are living in poverty and they're coming to Canada and they're looking for a way to provide support to their families at home, they're extremely vulnerable," Eby says.

The allegation that a provincial employee was involved in exploiting "very vulnerable people," by accepting a benefit in order to commit fraud is extremely concerning, he says.

"I think it's incredibly disappointing if it proves to be true," Eby says.

Eby says his personal knowledge of allegations relating to employment at Hastings Racecourse dates back to his time in opposition, before the NDP took power in 2017.

He says he raised those concerns with the minister responsible Mike de Jong, whom Eby says responded with a letter saying he had looked into the matter and had confidence in the racetrack operations.

De Jong could not immediately be reached for comment.