Woman speaks out after stranger approaches her, invites her to look inside his vehicle 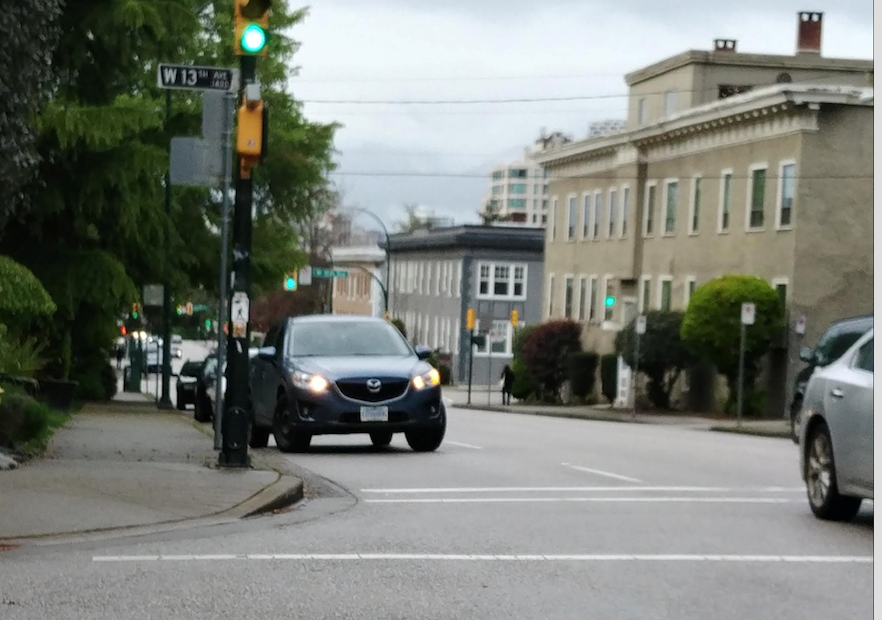 A Vancouver woman snapped this photo of a grey Mazda on May 3, after an uncomfortable incident in which its driver approached her and asked to to "look inside his vehicle."Photo submitted

A Vancouver resident is speaking out to warn other women after a troubling incident recently left her feeling scared and concerned.

The woman, who requested to remain anonymous, told Glacier Media in an email that she was approached by a strange man on foot while she was waiting at the pedestrian crosswalk at the corner of West 13th Avenue and Hemlock Street on Monday evening.

"He said that he had seen me from his car and wanted me to go look inside his vehicle," she wrote.

The woman immediately crossed the street "to get away from him." Another woman and a couple who were standing close by and witnessed the incident "said it was disturbing and asked me if I needed help," she recalled.

The woman pulled out her phone to snap photos as the man returned to his car. She managed to get two pictures of his vehicle— a dark-coloured Mazda SUV— before he drove away, but was unable to identify the licence plate.

"It just felt like something was really off," the woman wrote. "It was weirder because I was wearing a mask at the time, with most of my face covered. I've been street harassed before but this felt different."

The woman reported the incident to authorities, which was confirmed by Sgt. Steve Addison with the Vancouver Police Department.

"It’s not clear what the man’s intentions were and it does not appear that there was a criminal offence; however, the complainant did the right thing by calling police when she felt unsafe," he said. "Our officers were able to investigate and document the incident."

The woman described the stranger as being in his late 20s to late 30s and standing at approximately 5 feet 8 inches. She said he is of Asian descent, with short black hair and black and grey facial hair stubble. When he approached her, she said he was wearing rectangular metal rim glasses and was not wearing a mask.