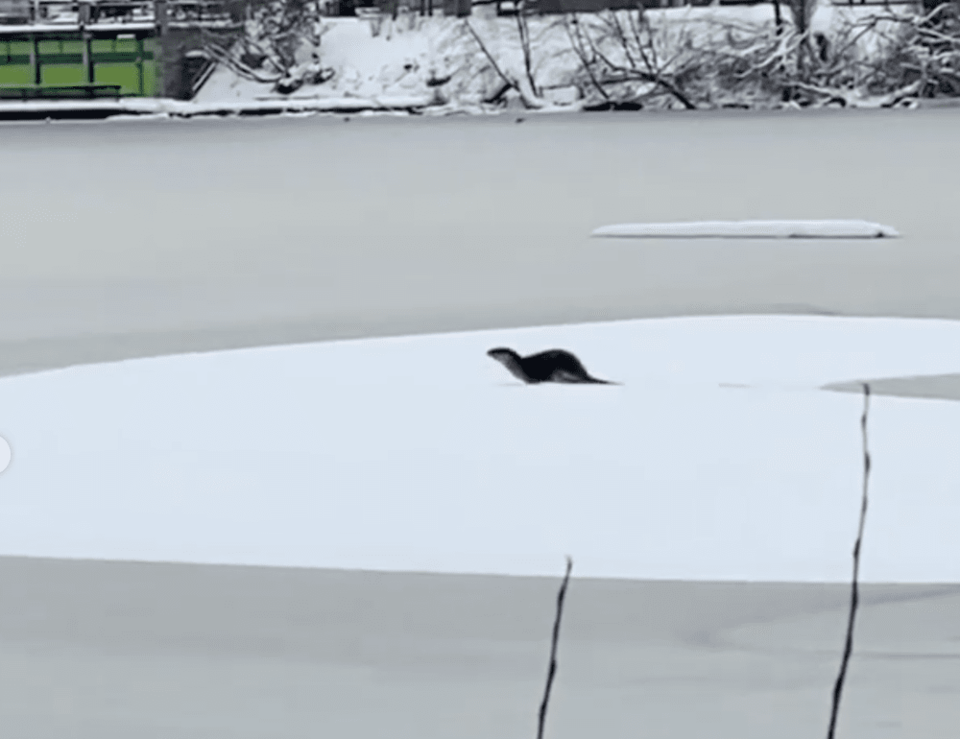 While many Vancouverites begrudgingly faced the wintry weather this week, a few clever locals chose a unique mode of transportation in the city: skis. However, they weren't the only resourceful residents in the city.

An otter was filmed enjoyed a thrilling slide in Stanley Park this week after the city received a fresh dumping of snowfall.

Captured by Ryan Dahle, the first of three videos shows a playful mustelid frolicking and sliding across snowy terrain. In the next video, the critter hops around a bit before sliding around.

Finally, in the third video, the otter appears to pick up speed and quickly hop toward the water; it gets a few good slides in before diving into the lake.

Since it was posted Jan. 15, the video has been liked over 230 times on Instagram.

The Vancouver Aquarium has also dropped an 'otterific' video, where an otter is seen squirming around on the snow clasping a snowball in its hand. In addition, the petite creature is shown nibbling on the snowball.

As one of the only animals that uses tools, otters utilize their paws for a range of activities. Not only do they use their paws to eat their meals, but they also use them to hold paws with their buddies (otherwise known as rafting). And, as seen in the aquarium's video, they use them to fashion tools for fun, as well.

‘He’s been through so much:’ BC SPCA calls for help for extremely malnourished cat
Feb 19, 2020 6:32 PM
Comments
We welcome your feedback and encourage you to share your thoughts on this story. We ask that you be respectful of others and their points of view, refrain from personal attacks and stay on topic. To learn about our commenting policies and how we moderate, please read our Community Guidelines.