A photo of a bald eagle looking like it’s taking a whiz on the side of the road, isn’t quite what it seems.

Christian Sasse told Vancouver Is Awesome he snapped the amusing photo “by accident” while out photographing eagles at Boundary Bay in Tsawwassen, B.C., back in June. 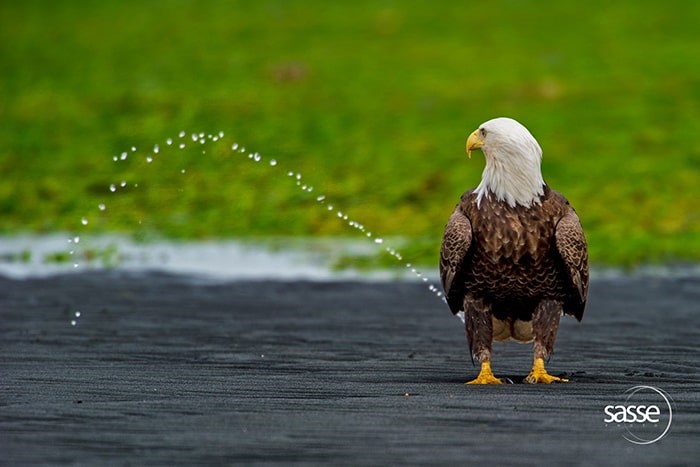 A photo of an eagle looking like it’s taking a whiz on the side of the road, isn’t quite what it seems. Photo: Christian Sasse

The Vancouver photographer shared the comical photo to his Facebook page — Sasse Photo — on Friday, Aug. 23, and it quickly went viral.

While it would be funny to believe the eagle is urinating, it’s in fact not responsible for the stream of liquid in the image.

An interesting looking clam, called geoduck (pronounced gooey-duck) is the culprit behind it.

Geoduck clams are the largest burrowing clams in the world — their shell length can exceed 20cm and they can weigh anywhere between 0.5 and 1.5kg, but, occasionally, they can grow to 3kg, according to Fisheries and Oceans Canada. 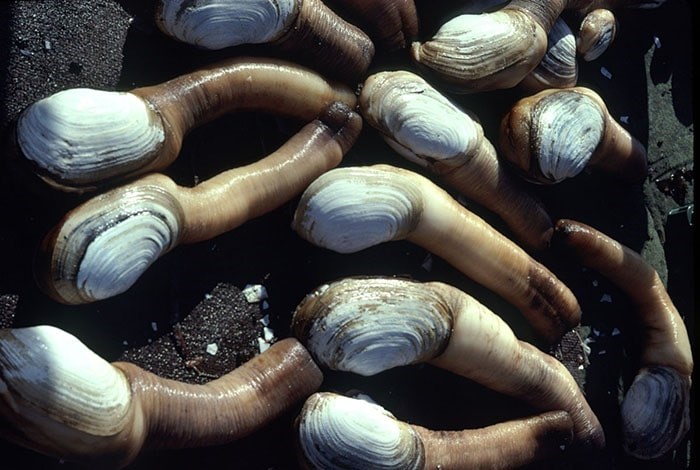 These clams burrow to depths of 100m and can live for 168 years, but they don’t have the most eventful lives.

“A developing geoduck digs about a third of a metre per year. After reaching about a metre depth into the substrate, the adult geoduck settles in for a long uneventful life,” describes the DFO.

In a post on Facebook, Sasse says the clams they dug up had shells about six inches wide.

“Buried in the sand, you’ll only find geoducks at very low tide and you might not know you’re standing over one until it squirts you with water as it swiftly digs itself deeper,” wrote Sasse.

“This is exactly what happened in this picture! And the eagle looks so surprised. As if he is saying ... 'that was not me!'"

He later told V.I.A that the photo was simply a fluke.

The clams are also edible, and have been described as having sweet and clear meat, with a delicate, crunchy texture. It's also considered a delicacy and regarded by some as an aphrodisiac because of its … shape.

The species can be found in the waters of the northeast Pacific from Alaska to Baja California, Mexico.

Sasse says he hopes those who see the picture will get a smile out of it, and pass it on to others.

Sasse is known for his incredible photos and videos of eagles, and recently shared rare footage of eagles bathing in B.C.