'There are hundreds of thousands of people who are waiting for their votes to count': Horgan calls lieutenant governor, says he'll wait

The BC NDP will "wait for the counting of the final ballots," said Horgan in a press conference Sunday morning.
Oct 25, 2020 11:51 AM By: Albert Van Santvoort 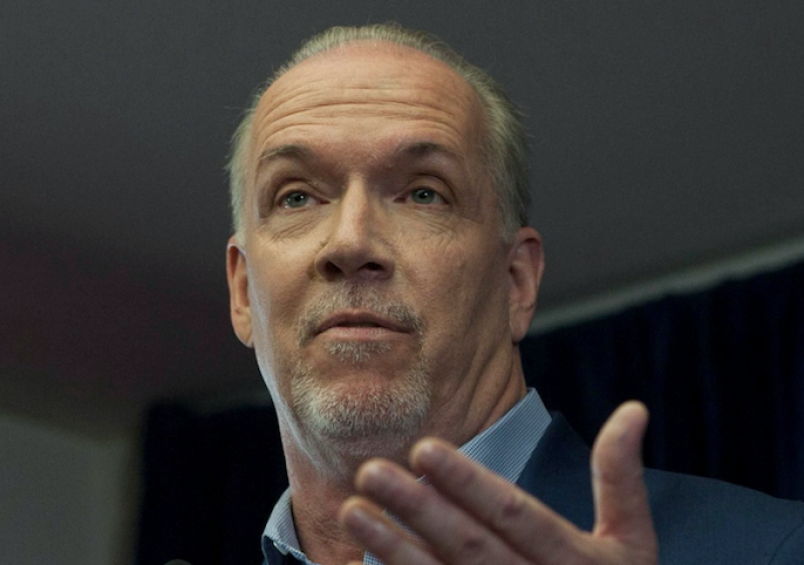 Presumed Premier-elect John Horgan, BC NDP leader, says he will wait to form government until all the votes are counted following the Oct. 24 election. File photo

After the BC NDP majority government victory last night, NDP Leader John Horgan said he was going to wait for the final counting before asking Lieutenant Governor Janet Austin to form government.

"This morning I spoke with the Lieutenant Governor and advised her that we were going to wait for the counting of the final ballots," said Horgan in a press conference Sunday morning.

"I want to tell a story about that," Horgan went on to say. "After the last election, you'll remember the most famous constituency in all of B.C. was Courtenay-Comox, [where] our candidate was ahead by nine votes on election night. Taking the ferry back to Victoria the next day, I was in the cafeteria and a woman came up to me and said, 'Ronna-Rea Leonard won by more than nine votes, I know that because I mailed my vote in - so she won by ten.'

"And that reminded me how important every vote is, and it reminded me that there are hundreds of thousands of people who are waiting for their votes to count."

Horgan said he will be returning to Victoria on Monday.