Here’s how to protect yourself from wildfire smoke 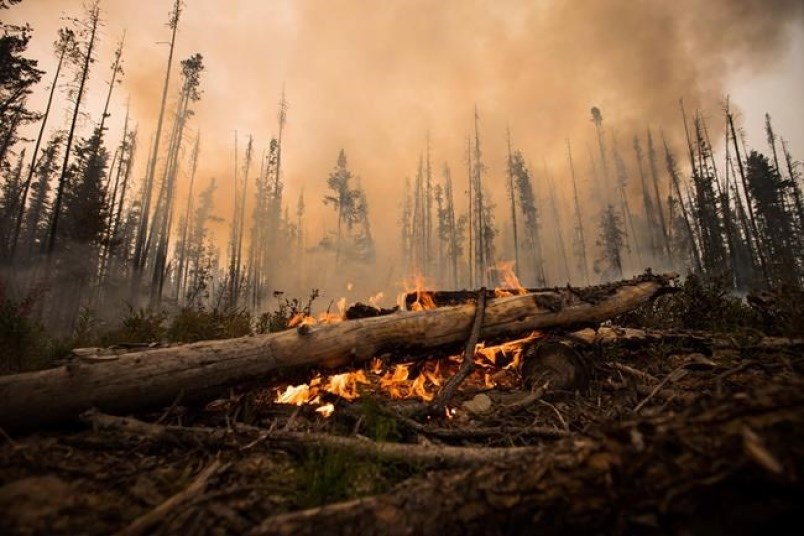 With smoke drifting into the Metro Vancouver region from multiple wildfires in Washington and Oregon, the BC Centre of Disease Control has some timely advice on how to safeguard your health.

Health effects from wildfire smoke can range from a sore throat, itchy eyes and a runny nose to a mild cough, wheezy breathing and even headaches, notes the BCCDC.

“Some people may experience more severe symptoms and should seek prompt medical attention,” said the organization, adding you should call 811 or speak to a doctor if you experience shortness of breath, a severe cough, dizziness, chest pain or heart palpitations.

#AirQuality Update: #Wildfire smoke from Washington & Oregon is visible to west of #MetroVancouver. Current air quality is good, but there may be some smoke impacts throughout the day. We are continually monitoring AQ conditions. For current AQ readings: https://t.co/Rc2gAF5HEf pic.twitter.com/WjV2GSfvLK

It’s quite smoky outside here in Coquitlam due to the fires 🔥 in OR & WA. Please look out for those with compromised breathing. #smoke #AirQuality #wildfires #ikhanikbc #WaWILDFIRE #FireSeason2020 #Vancouver #Coquitlam #PortCoquitlam #PortMoody pic.twitter.com/3QOUhBxW0P

Short of those severe symptoms, there are several things you can do to protect yourself from wildfire smoke. Inside, a portable HEPA air cleaner can filter out the contaminated air in a section of your house, offering a safehaven for you or your family.

If you don’t have access to your own HEPA filter, you might consider visiting a shopping mall or one of the community centres and libraries recently reopened across the Tri-Cities.

No matter where you are, it’s important to avoid strenuous activities on smokey days, advises the BCCDC through its website.

For those forced to work outdoors, using an N95 mask — though not always an easy thing to find these days — is recommended.

Wildfire smoke is a complex mixture of gases and particles, with fine particulate matter larger than 2.5 micrometers passing the greatest health risk to humans, particularly those with chronic conditions, like asthma, heart disease, diabetes or chronic obstructive pulmonary disease, known as COPD.

Pregnant women, infants and young children, as well as the elderly are also at a higher risk of experiencing health problems from wildfire smoke.

The influx of smokey air comes within weeks of the release of climate change vulnerability maps, which pinpoint neighbourhoods most at risk due to wildfire smoke, ground-level ozone, flooding and extreme temperatures.

The project, carried out by both Fraser and Vancouver Coastal Health in collaboration with researchers from the University of British Columbia, looks ahead at how climate hazards “do not affect all people equally.”

For example, when it comes to the future of deteriorating summertime air quality due to wildfires, the Tri-Cities shows a patchwork of vulnerabilities, all in the low to moderate range.

But that’s not to say that the region won’t be hit by significant air pollution from wildfires. In fact, toggling for exposure, the Tri-Cities is among the hardest hit in the Lower Mainland, with “very high” levels of smoke exposure on par with Maple Ridge, Surrey and sections of south Burnaby.

That’s all based on the concentration of lung-damaging airborne particles (defined as PM2.5 concentrations above 25ug/m3) over the five most severe fire seasons between 2009 and 2018.

But when you take into account various neighbourhood demographics and the ability to adapt, the region as a whole copes relatively well compared to places like Maple Ridge or parts of Surrey.

“As communities become more prepared, and as demographics change, so too will the maps,” note the authors in an analysis of Coquitlam’s vulnerabilities to wildfire smoke.

It’s time to be extra careful in preventing human-caused fires, says BC Wildfire Service
Aug 9, 2020 10:44 AM