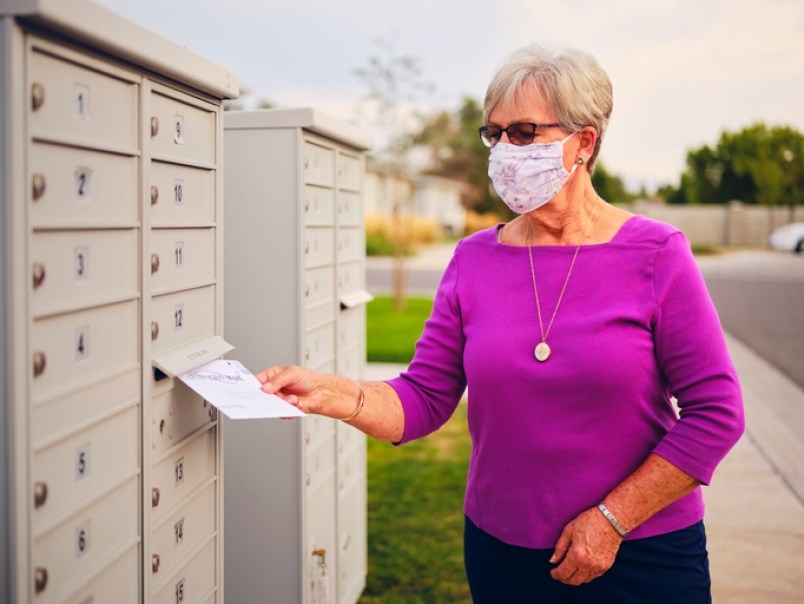 The first few days of the provincial electoral campaign in British Columbia have had a decidedly different look and feel than the ones of previous democratic processes.

We have not seen massive events filled with screaming supporters, and candidates have been unable to shake hands and kiss babies. Virtual events, where possessing the correct type of software and immaculate reception are a must, have been the norm.

A few days ago, Research Co. and Glacier Media reported that almost one-third of British Columbians are thinking of casting their ballot by mail in this election. We also found out that 16% of likely voters have not decided yet if they will actually engage in postal voting, or ultimately attend a polling station in the middle of the COVID-19 pandemic.

This year, more than 400,000 registered voters in British Columbia have already requested a mail-in ballot, and some have already received it. This explosion in postal voting makes things more complicated for parties, as especially attractive ideas and proposals – particularly from the opposition – are being introduced sooner than usual.

In previous provincial campaigns, political parties timed their announcements carefully, usually saving the juiciest morsels of their policy platforms for the final stretch. Under different circumstances, the BC Liberals would have probably saved the announcement of their intended temporary cancellation of the Provincial Sales Tax (PST) until the latter stages of the campaign, instead of publicizing it at the start of the second week

There are other challenges with postal voting that need to be thoroughly and directly explained to the electorate. The registered voters who have already received their package from Elections BC have noticed that their ballot includes no names of candidates or parties, but instead features a blank box to write their choice in. This is because the final nominations for candidates remained open when the voting packages were originally mailed.

The blank box could produce an added layer of confusion for voters who decide to exercise their franchise by mail. In previous instances in which British Columbians voted “from home” – such as the referendum that annulled the implementation of the Harmonized Sales Tax (HST) in 2011 or the Metro Vancouver Transit and Transportation Plebiscite in 2015 – voters were provided with a ballot that was counted automatically. Saying “Yes” or “No” was similar to selecting the numbers on a 6/49 lottery ticket.

This time, those who have already received their ballots have been asked to write in the name of the candidate or the name of the party they are supporting in their riding. This has the potential for awkwardness for several reasons.

In our most recent survey, 4% of British Columbians expressed an intention to vote for the BC Conservative Party. A voter could conceivably mail in his or her ballot in support of the BC Conservatives, only to find out that there is no actual person representing the party in the riding. This ballot would be deemed “spoiled” during the counting process.

Also, in the midst of a campaign that coincides with the presidential race in the United States, voters must steer clear of assuming that the same rules apply in British Columbia. A postal vote for candidate John Horgan would only be valid if the elector resides in the Juan de Fuca constituency. Similarly, a ballot that expresses support for Andrew Wilkinson would only count for an elector who lives in the riding of Vancouver-Quilchena. Writing the name of the party leader on a ballot would also result in the vote being thrown out.

If you already have your postal ballot and live in the Vancouver-Fairview constituency, do not only write “George.” Scrutineers will not know if you are supporting incumbent Heyman from the BC New Democratic Party (NDP) or challenger Affleck from the BC Liberals.

Aside from the discipline required to fill in a postal vote, there is the issue of when the counting of mail-in ballots can begin. In previous elections, the count began 13 days after Election Day, but these guidelines are from a different time altogether. In 2017, only 6,517 votes were cast through the mail. This year, the number looks to be exponentially larger.

Elections BC may ponder some modifications to these guidelines. Because of the COVID-19 pandemic, U.S. states are also bracing for the possibility of receiving many more postal ballots than in 2016. In North Carolina and Colorado, the counting of postal votes can begin two weeks before Election Day. In Florida, the process can start 22 days before voters who want to head to polling stations can do so. While these results are not released until the end of Election Day, they provide a welcome head-start for the interested public.

If postal ballots are tallied earlier in British Columbia, the possibility of the traditional end to a campaign, with phone calls between leaders, concession and victory speeches, may still be attainable in 2020. Otherwise, we may go to bed on election night without a clear idea of what the next Legislative Assembly will look like.

Results are based on an online study conducted Sept. 21–23, 2020, among 750 likely voters in B.C. The data has been statistically weighted according to Canadian census figures for age, gender and region in B.C. The margin of error, which measures sample variability, is plus or minus 3.6 percentage points, 19 times out of 20.