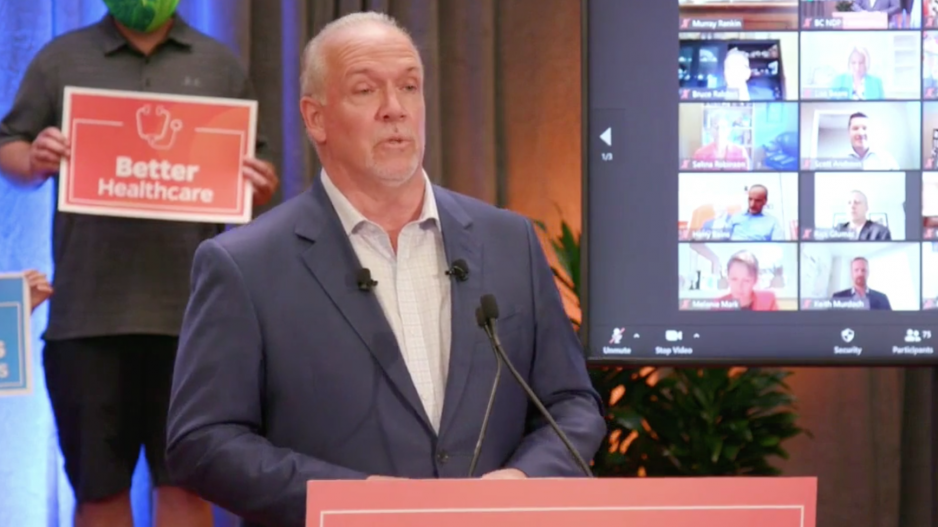 Better health care, affordability and security, and good jobs in a clean energy future form the three basic priorities of the BC NDP's election campaign.

In total, the platform comprises 154 commitments, including 60 new promises. Among them: a one-time recovery benefit of $1,000 for families and $500 for individuals, free public transportation for children under 12 and a rent freeze that lasts until the end of 2021. The recovery benefit alone is expected to cost $1.4 billion.

"The challenges that we face over the next four years are profound," said BC NDP leader John Horgan. "These new initiatives will build on the progress we have already made."

Other highlights from the platform include a promise to build a new medical school and a 10-year cancer plan, a renewed commitment to a $10-a-day childcare plan and a Recovery Investment Fund that will invest an additional $3 billion in infrastructure projects, such as schools and health care facilities.

If elected, the BC NDP will deliver tax credits to help businesses re-open and grow, along with $300 million in recovery grants to help small businesses keep workers employed.

"We haven't been reckless about this. We understand that when this is over, we're going to have to dig out from underneath it," Horgan said on Tuesday.

If elected, the party will revisit an income-tested rent rebate of $400 a year for households earning up to $80,000 annually that do not already receive rental support.

During a livestreamed townhall discussion Monday evening, Horgan announced a commitment to provide free COVID-19 vaccines to British Columbians when such a vaccine is approved and available.

Drivers will get rebate from ICBC profits made during COVID-19, pledges Eby
Oct 5, 2020 7:03 AM
Comments