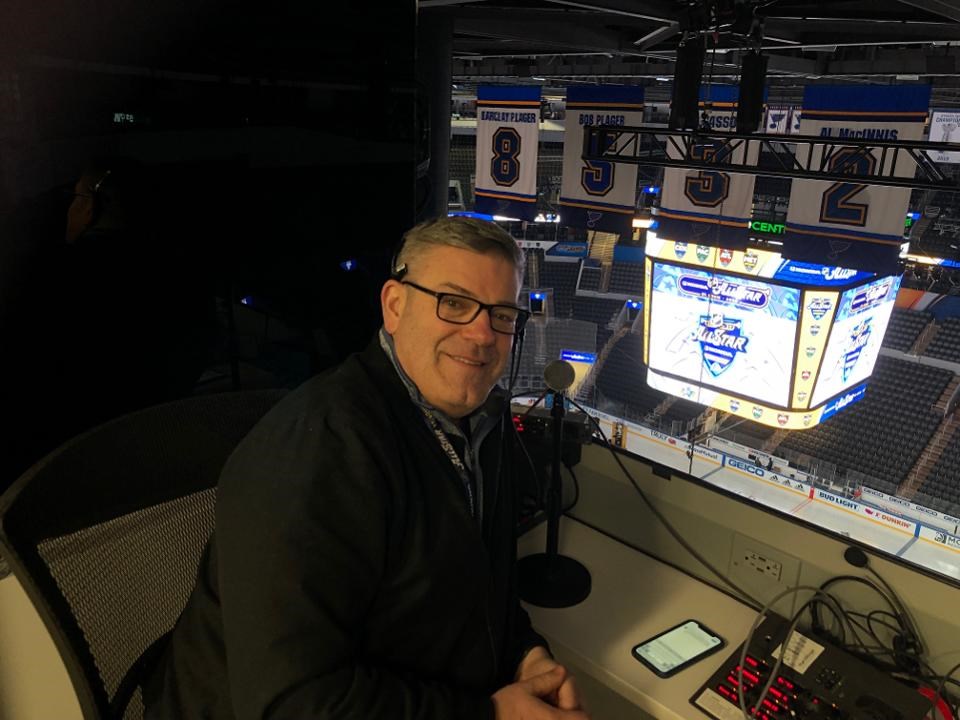 For many sports fans, the world of sports provides a welcome relief from the stresses and anxieties of day-to-day life. It’s a respite from the sometimes harsh realities in the world.

That’s why, while there are certainly bigger concerns in the ongoing COVID-19 pandemic, the lack of sports certainly doesn’t help. The pandemic is a particularly harsh reality, and sports fans are missing that distraction and safe space.

It has some fans turning to alternative sports to obsessively follow, from bowling to marble races. For hockey fans anticipating the push for the playoffs, however, there’s no substitution for the sights and sounds of the rink.

The carving of blades on ice, the clap of a slap shot, the ping of a post — all those sounds immediately trigger an emotional response from hockey fans. Another essential sound for Canucks fans? The dulcet tones of in-arena announcer Al Murdoch, one of the best in the business.

Murdoch is the NHL’s go-to public address announcer, calling big events like the Winter Classic and All-Star Game, but Canucks fans get the joy of hearing his voice at every home game. With no home games, fans have been sadly deprived of hearing his splendid goal calls.

That’s why Murdoch took to TikTok to provide at least a small portion of the sounds of a Canucks game to fans stuck at home practicing social distancing.

"If you're like me, you're hurting for some hockey," said Murdoch on TikTok. "We're all disappointed that the season has been postponed until further notice, but we all get it. We've gotta get a handle on this and the health and safety of everybody's at the forefront.

Murdoch has his own goal horn at home, because he lives and breathes his job. He used it to announce a goal from Canucks superstar Elias Pettersson, with assists to J.T. Miller and Quinn Hughes.

Then Murdoch started taking requests across his social media, starting with a goal announcement for Canucks captain Bo Horvat, with assists to Brock Boeser and Tanner Pearson.

Happy these @canucks goal announcements are putting a smile on your face during these uncertain times. ##canucks ##misshockey ##stayhealthy

Some Canucks fans have been particularly dismayed, unable to consume their favourite alcoholic beverage in a rapid fashion without the proper impetus: a goal from “Shotgun Jake.” Fortunately, Murdoch stepped in to provide some sudsy relief with a pitch-perfect Jake Virtanen goal call.

Are these silly? Certainly. But they’re also sweet and heartwarming and allow Canucks fans to really put a face to the voice that has accompanied so many great moments on the ice.

Murdoch has pledged a goal announcement every day for the foreseeable future, so follow Al Murdoch on TikTok to get your daily dose of auditory Canucks feels.