Let’s start with the obvious: one of the least-important aspects of the COVID-19 pandemic is how it affects your favourite sports team.
Mar 12, 2020 4:42 PM By: Daniel Wagner 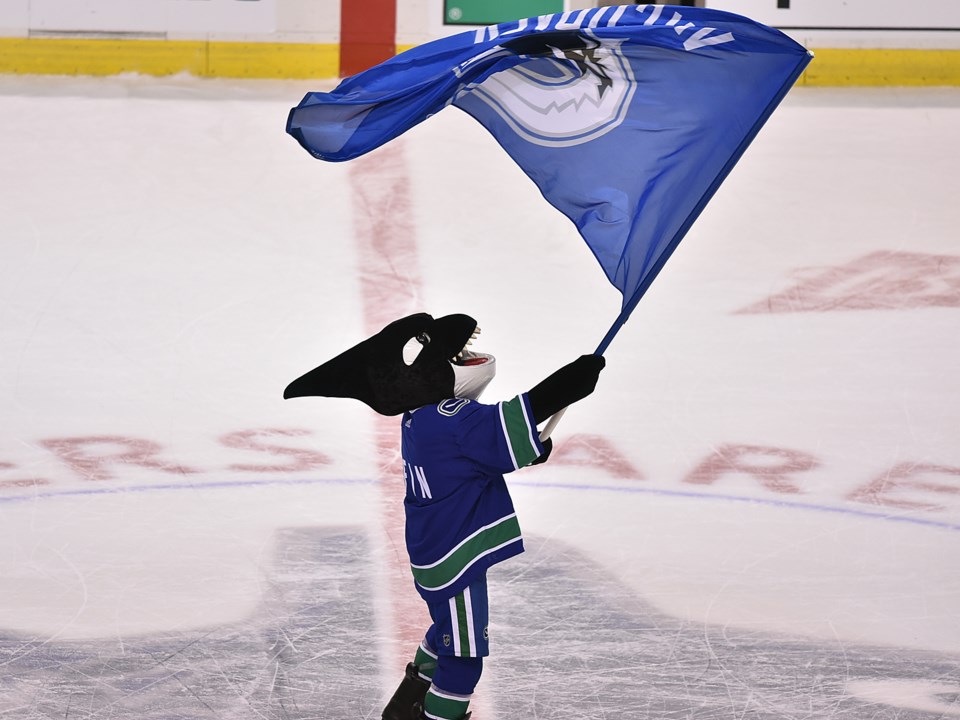 The NHL has suspended the season because of the COVID-19 pandemic. It’s a prudent measure that will hopefully help slow the spread of the disease. It also has fans wondering: what does this mean for the Canucks?

Let’s start with the obvious: one of the least-important aspects of the COVID-19 pandemic is how it affects your favourite sports team. Focus first on taking appropriate precautionary measures: wash your hands frequently with soap and water for at least 20 seconds, work from home if you can, avoid large gatherings, and disinfect frequently touched surfaces.

If you do feel symptoms, stay home and self-quarantine except to get medical care if you have a fever, cough, and difficulty breathing. It’s important for everyone not to panic, but also to take this pandemic seriously. Being too cautious can make a big difference in limiting the strain on our medical system during these types of outbreaks.

With all that in mind, let’s look at how this could all play out for the Canucks. Here are six different possibilities.

1 | The NHL completes the regular season after a break

The upside for the Canucks is that this would likely mean the return of some key players for those last 13 games of the regular season. Josh Leivo (fractured knee) was a possibility to return for the playoffs, so could potentially return for the regular season in this scenario. The same is true for Jay Beagle, who has been day-to-day with an undisclosed injury, and Chris Tanev, who might actually be able to make it to 82 games for the first time in his career after all.

The most important player that could return, however, is Jacob Markstrom. The Canucks have yet to place a timeline on Markstrom’s return, which is concerning, but he has started skating again. That suggests Markstrom could have returned to game action sometime in March, so should hopefully be ready to go if the NHL season resumes in April.

One thing that has become clear is that the Canucks don’t actually have the depth to deal with significant injuries. In particular, Markstrom’s injury has exposed some serious flaws in the Canucks’ defensive game that aren’t going away any time soon. If Markstrom can return before the regular season restarts, that increases the Canucks’ odds of finishing strong and not only staying in playoff position, but moving up the standings in the Pacific Division.

The issue is that this might be too optimistic. In order to fit in the remainder of the regular season, the COVID-19 pandemic would need to wind down remarkably quickly, with various governments around the world taking ideal steps to limit the spread of the virus. The warmer weather is supposed to help, but it might be more realistic to expect the NHL's season to be on hold for longer than 4-6 weeks.

This is a dangerous scenario for the Canucks, who currently sit just outside the playoffs, but with games in hand. The Canucks are tied in points with the Nashville Predators at 78, but are below them in the standings because they have one fewer regulation win.

The most games played by any NHL team right now is 71. The Canucks have played 69. That means they, and several other teams, would need to play two more games to balance out the schedule.

Likewise, the Predators would play two more games, as would the Minnesota Wild, who are just one point behind the Canucks.

The Winnipeg Jets are currently in the first Wild Card spot with 80 points in 71 games played. In order to guarantee a playoff spot, the Canucks would have to finish ahead of the Jets, as the Jets would hold the tiebreaker with 30 regulation wins. That means they would need three points in those two games: they’d have to win one game and get the other at least to overtime.

If the Canucks lose both games, they’d be out for sure, as they would finish below the Predators. If they pick up just one or two points, they’d be at the mercy of the Predators and Wild. Three points would be the only way to be sure.

Do you trust these Canucks, who have swung so wildly from excellent to awful this season, to pick up three points in two games?

I wouldn’t say this is the worst-case scenario for the Canucks — that involves a zombie apocalypse — but this still wouldn’t be good.

As mentioned above, the Canucks are currently just outside the playoff picture, tied in points with the Predators but below them in the standings due to one fewer regulation win.

That would mean the Canucks’ final game of the season was the shootout win on Wednesday against the New York Islanders. If they had won that game in regulation, they’d still be tied with the Predators in points, but would have the advantage in the tiebreaker, as they would have one more regulation or overtime win.

That would be the most painful way possible for the Canucks to miss the playoffs this season, particularly since they’d still have games in hand on six of the teams ahead of them in the standings in the Western Conference.

4 | The NHL jumps straight to the playoffs, uses points percentage

The first tiebreaker in the standings is points percentage, which means the percentage of available points a team has earned given the number of games they have played. This is mainly used during the season to determine waiver wire priority and to sort the standings.

To wit, the Canucks would go from ninth place in the Western Conference and outside the playoffs all the way up to third in the Pacific Division based on points percentage. Those two games in hand make a big difference, as would the crucial shootout win on Wednesday against the Islanders.

It also places them just barely ahead of the Calgary Flames (0.564), who would fall to the second Wild Card spot, just barely making the playoffs ahead of the Winnipeg Jets (0.563). You can imagine how upset the Jets and their fans would be, missing the playoffs by 0.1% despite actually having one more point than the Flames and two more points than the Canucks and Predators.

While ranking by points percentage would be the most fair way to sort the standings for teams that have played a differing amount of games, it certainly wouldn’t feel very fair to the Jets.

For the Canucks, this would be an ideal scenario. They would face the Oilers in the first round of the playoffs, likely with important players returning from injury. They’re 2-2-0 against the Oilers this season, but have out-shot them 131-to-109 and out-scored them 13-to-10. While it wouldn’t be an easy series against two of the most dangerous forwards in the NHL, Leon Draisaitl and Connor McDavid, it would be a winnable one.

Let’s say the NHL recognizes the unfairness of ranking the standings by standard tiebreaker rules or by points percentage, but also doesn’t want to deal with rescheduling a bunch of regular season games, particularly for a bunch of teams that have no hope of making the playoffs?

One possible way would be to have play-in games for teams on the playoff bubble. Let’s say that the top two teams in each Division are in the playoffs, but the remaining eight playoff spots are up for grabs, with each conference holding single-elimination games between the next eight best teams, seeded by the current standings.

Alternately, the NHL could declare that the top-three teams in each division make the playoffs and have play-in games for the two Wild Card spots between the next four teams. The end result would be the same for the Canucks: a one-game playoff against the Predators to make the playoffs.

Honestly, it seems pretty fair and adds some drama to the proceedings. For the Canucks, they’d have to like their chances: they swept the season series against the Predators, out-scoring them 17-to-8.

6 | The NHL cancels the whole season and the playoffs

The last time the Stanley Cup wasn’t awarded was because of the 2004-05 lockout. But before that, the Cup was awarded every year in its history except for 1919, when the playoffs were cancelled due to an outbreak of Spanish Flu, which hit the Montreal Canadiens particularly hard.

All but three Canadiens players fell ill and were hospitalized and Canadiens defenceman Joe Hall died from pneumonia brought on by the flu four days after the playoffs were canceled.

If the COVID-19 pandemic becomes serious enough that the NHL cancels the playoffs and the Stanley Cup isn’t awarded, perhaps it should be seen as a blessing in disguise. Better to cancel the playoffs than have an entire team contract a potentially deadly disease.

As to what this would mean for the Canucks, one of the key questions is whether they would be considered to have “made the playoffs” in regards to their first-round pick that was traded to the Tampa Bay Lightning for J.T. Miller.

If the standings go by standard tiebreakers, then the Canucks retain their pick. If it goes by points percentage, they lose the pick, with no playoffs as consolation.

Let’s hope it doesn’t come to that.