The Professional Hockey Writer's Association votes for many of the NHL's year-end awards.
Apr 6, 2021 5:30 PM By: Daniel Wagner 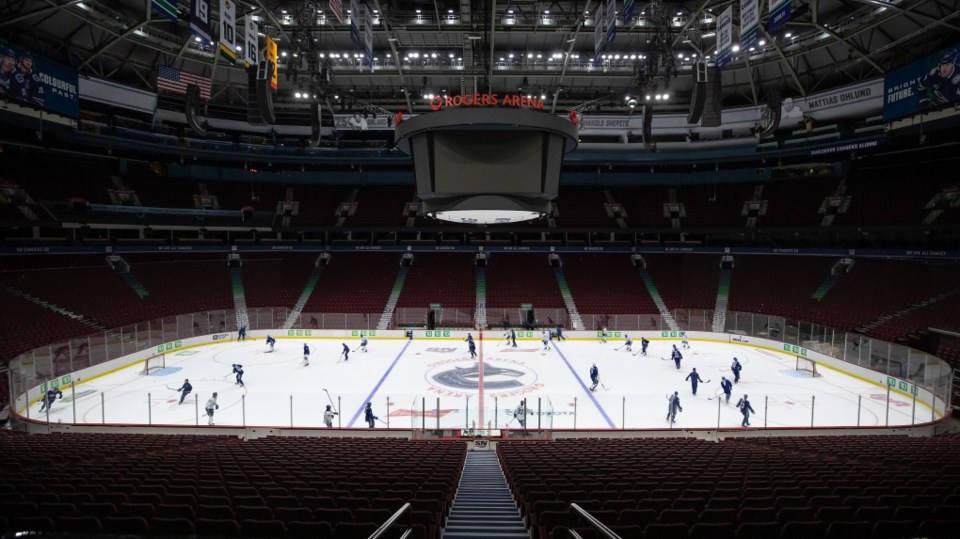 The Professional Hockey Writer's Association votes for several of the NHL's year-end awards, but only a small percentage of the voters are women.Darryl Dyck / CP

Last year, history was made when both Sportsnet and NBC aired all-women NHL broadcasts on International Women’s Day. It was a first for the NHL, with women not just on the air doing play-by-play, colour commentary, and analysis, but also behind the scenes producing each broadcast.

In what is still a male-dominated industry, the broadcast was an important step forward but still only a step. While women have become increasingly visible on hockey broadcasts, they’re still decidedly in the minority.

On Hockey Night in Canada’s national broadcast, there are no women among the eight commentators in the play-by-play rotation and just one — Cassie Campbell-Pascall — in the regular rotation for colour commentators. Christine Simpson is a rink-side reporter, while Jennifer Botterill is typically the only woman doing analysis during intermissions.

That means of the 24 regular on-air personalities on Hockey Night in Canada — not including the Punjabi broadcasts — just three are women. That’s reflective of the larger world of sports media, where around 11% of sports reporters are women, according to the 2018 Associated Press Sports Editors Racial and Gender Report Card.

That is certainly true in hockey, where approximately 10% of the Professional Hockey Writers Association (PHWA) is composed of women.

The PHWA doesn’t just report on the NHL. They also vote for several of the league’s major awards — the Hart, Norris, Calder, Lady Byng, and Bill Masterton Trophies, as well as the All-Star and All-Rookie Teams. Not all of the members of the PHWA vote for these awards, however. In fact, up until the 2003-04 season, votes were limited to just two from each NHL city.

These days, the PHWA typically selects around 150 voters from its members each year, as well as a selection of broadcasters who are not members of the PHWA. A total of 171 voters cast ballots for the NHL awards last season.

This year, because of the unusual divisional format forced onto the league by the ongoing COVID-19 pandemic, just 100 voters were selected: 20 from each division and 20 writers and broadcasters who cover the league as a whole.

"No matter how you slice it, women are underrepresented."

There are two issues at work here: one is that the lower percentage of women among awards voters is reflective of the systemic barriers faced by women in sports media as a whole. The other is that at 7%, women are actually less represented by the awards voters than they are in the PHWA.

“No matter how you slice it, women are underrepresented,” said Taylor Baird, Managing Editor of Dallas Stars site Defending Big D and member of the PHWA. “Not only are women a lower proportion of voters than they are the entire PHWA membership, a lower proportion of us were selected to vote relative to our male counterparts.

"It’s disappointing the percentage of those getting a voice in the awards is fewer than the already small membership," said Marisa Ingemi, a PHWA member who covers the NHL for NBC Sports. "I’ve always been told the women of the PHWA are valued and they encouraged more involvement. I wish we would see that taken a bit more seriously.”

When reached for comment, PHWA president Frank Seravalli said, “We’re always striving for the most diverse and inclusive voting contingent to represent our organization” and pointed out that women made up a quarter of the Executive Board that helped pick the 100 voters.

“In some ways, the number reported today isn’t a true representation,” said Seravalli. “Two of our more prominent female voices, Helene Elliott and Samantha Pell, work for outlets that do not permit their voters to participate in Awards voting. Plus, another well-respected reporter, Kristen Anderson, is on maternity leave this season in Calgary.”

That speaks to the larger issue, that the absence of just three prominent women in the PHWA from the voting total can cause women to be that underrepresented.

"We aren't the gatekeepers of hockey media."

According to Seravalli, the root of the problem doesn’t lie with the PHWA, who are well-aware of the issue of representation.

“Last November, we established a Diversity and Inclusion committee because we’re keenly aware of the shortcomings when it comes to the lack of diversity in our group,” said Seravalli. “That is the symptom, though, not the disease, because we can only work with the workforce in place. We aren’t the gatekeepers of hockey media because we don’t conduct the hiring at these outlets.”

Seravalli also noted that the PHWA has plans in the works to increase the diversity in their ranks, including potential fellowship and mentorship programs and challenging sports editors to do more to increase diversity.

These are valuable steps and it’s important to remember how far the NHL has come. It wasn’t until the mid-70’s that women were even allowed in the PHWA and it took until the mid-80’s for women to be allowed in NHL locker rooms to do their jobs. Still, there’s a long way to go.

"We're so rarely there to begin with."

There are multiple barriers in place when it comes to women in sports journalism. Women are rarely encouraged to seek such jobs and, when they do, they can face online harassment and a hostile workplace. Women often have to carve their own path to covering the game via non-mainstream outlets, where it can be difficult to make a living, get access to teams and players, and get recognized by the PHWA.

“I’m lucky in that the Dallas Stars public relations team has been very willing to work with me to cover my beat,” said Baird. “From an access point, I don’t have any barriers but there are two things working against me when it comes to being taken seriously in the broader NHL media world: I’m female and running a non-mainstream media outlet. It’s hard to parse between barriers with these two things intertwined.”

For Baird, the real barriers came after she was granted access to the “old boys club.”

“It’s being talked over by male colleagues or having someone question your ability to cover the sport because you’re a woman,” said Baird. “It’s being hyper-aware of what you wear to every practice, morning skate, game, and press conference to ensure it’s not too low-cut, it’s not too short of a skirt, it is considered professional enough – and then watching a male colleague roll in wearing jeans and a crumpled shirt and a baseball hat and knowing that you could never because you’d be the one singled out for your attire.

“It’s overhearing a NHL scout talking about their latest conquest and not recognizing that a woman had entered the space – because we’re so rarely there to begin with.”

Inclusion has to be intentional. Otherwise, it doesn’t happen. That means actively making hiring practices at sports outlets more inclusive and diverse; actively ensuring that press boxes and locker rooms are safe spaces for people to do their work; actively working to call out those who harass others and make spaces unsafe, whether physical or online.

For the PHWA, it should also mean actively ensuring proper representation when it comes to NHL Awards voting.

The Canucks have more no-movement and no-trade clauses than any other NHL team
Mar 29, 2021 10:21 AM
Comments