Vancouver council, PNE board to discuss possible relocation of 4/20 event

The push to find a possible new location for the annual 4/20 pot protest continues.

Vancouver city council was set to discuss a motion Wednesday supporting the park board’s request that the city and organizers find a new location for the event starting in 2020. 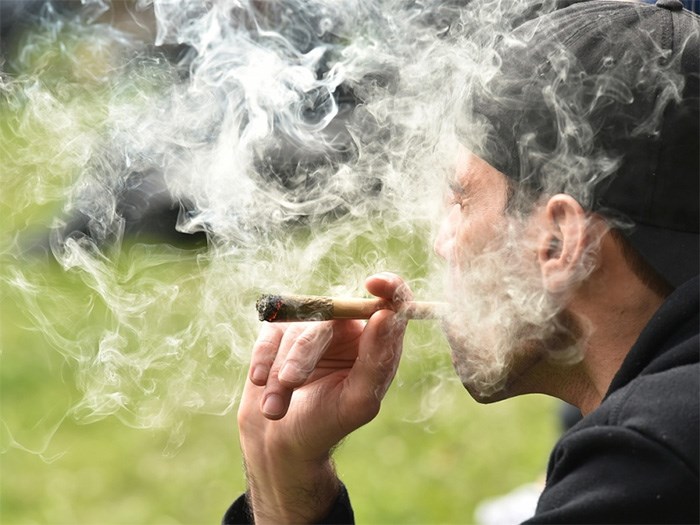 Former park board chair, and current first-term councillor, Coun. Sarah Kirby-Yung brought forward the motion that would direct staff to consult with 4/20 organizers and the public to identify an appropriate non-residential neighbourhood site for the event.

While debate and a vote on the motion were deferred to a subsequent meeting on March 5, council did hear from commissioner Tricia Barker, who brought the issue to the park board earlier this month. At the Feb. 11 meeting, park board commissioners unanimously approved the motion asking the city to look into finding “a more appropriate location” for the event starting in 2020.

Barker told council that during the election campaign last fall she heard a lot of concerns from residents about the location of the event, which has been held at Sunset Beach since 2016.

She said there was a growing frustration that “their concerns about air quality, noise and music levels, traffic disruption and restricted access to the seawall were not being heard or acted upon.

“Our motion showed that we are listening to these people.”

Barker added that her message all along has been that the event should not be allowed in a park because of the park board’s bylaw prohibiting smoking in parks and beaches.

Barker was asked by Mayor Kennedy Stewart and Coun. Lisa Dominato if she had any suggestions for where the event could go.

“I think it wold have to be someplace where it’s away from where people live,” she said, suggesting a “big field” outside of the city.

Stewart also suggested that since cannabis became legal in Canada last fall, 4/20 could become more like a trade show.

The event has been taking place in Vancouver since 1995. It was held downtown at Vancouver Art Gallery until 2016 when it outgrew that space and moved to Sunset Beach.

Dana Larsen previously told the Courier that Sunset Beach was one of the only suitable locations in the city for an event of its size — 4/20 typically attracts around 40,000 people.

“We thought about a lot of different parks in the city, really, there was a few different spots that we looked at and thought about but mostly they were either too small or not particularly accessible or difficult for safety purposes,” he said earlier this month.

The PNE was considered as a potential location back in 2017, but the board at the time ultimately rejected the idea citing liability and insurance issues, union considerations, non-smoking regulations and neighbourhood opposition.

And with the discussion around moving the event back on the table, the issue is coming back to the Hastings Park/PNE board of directors next week. At a public meeting Monday night, the board will consider a motion that would direct PNE management to “ensure that discussions regarding the 4/20 event onsite at Hastings Park be collaboratively undertaken while ensuring event organizers are willing to meet all required event criteria...”

A report included in the board’s agenda for the public portion of its March 4 meeting, states that the PNE wants to “explore solutions while framing the dialogue in a way that ensure that the current West End issue is not simply moved to another neighbourhood.”

The PNE has a number of criteria that needs to be fulfilled, including ensuring an appropriate amount of space can be blocked off to accommodate the event, and the ability to secure general liability insurance.

Coun. Melissa De Genova lives in the Hastings-Sunrise neighbourhood and told council Wednesday night that residents in that area are already concerned that 4/20 will end up at the PNE.

When the issue was discussed back in 2017 a number of residents in the area reached out to the Courier to express their opposition to the event.

The Hastings Park/PNE board meeting starts at 6 p.m. in the Hastings Room at the PNE.