Andres Parra passed away over a decade ago, but his spirit lives on through the people who love him.
0
Aug 15, 2019 6:47 PM By: Elana Shepert 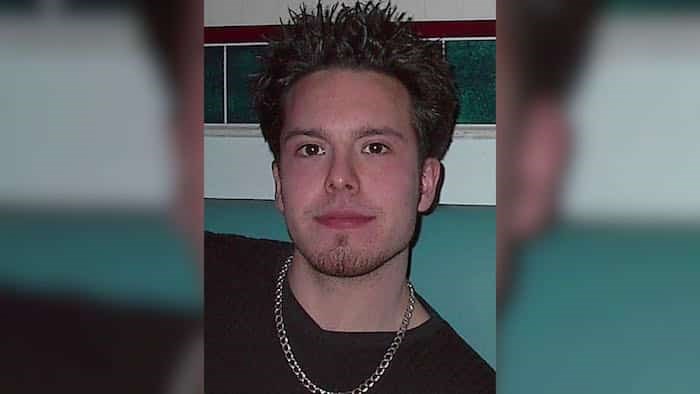 “It never gets easier.”

Andres Parra passed away over a decade ago, but his spirit lives on through the people who love him. He was a talented soccer player and a gifted artist, but he was also a son, a friend, a grandson and a nephew.

Andres’ father, Carlos Parra, remembers his son vividly. From his enormous, captivating works of art to his unique, quick sense of humour, the memories feel fresh. His eyes brim with tears as he recalls Andres’ contagious laughter, as well as his big heart. So, when Carlos’ brother, Jorge Parra, asked if he could start a charity in Andres’ name, Carlos agreed. 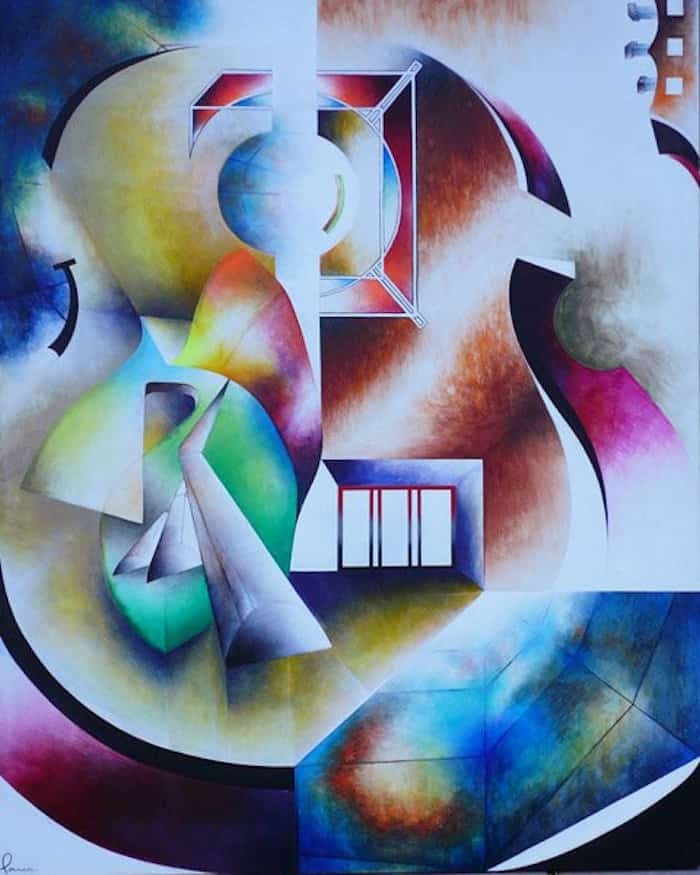 The Andres Project is now registered as an official Non-For-Profit Society by the Government of British Columbia. Along with donations from individuals and a couple of corporate donors, the group provides the Downtown Eastside community with everything from baked goods and sandwiches to toiletries and personalized messages of hope.

Jorge Parra and his wife, Izabel Brioschi, originally came up with the idea during a Thanksgiving get-together with friends. The group was discussing mental illness and drug addiction, as well as ways that they could give back to the community and inspire hope.

“I had a friend that worked in a soup kitchen,” explains Izabel. “She said that a lot of people came to get food and also asked for toiletries. They’d ask for the basic things, like toothpaste and soap. They usually have food there, but the budget doesn’t stretch that much for other things.”

After the discussion, the group got together to create ‘bags of hope’ that are handed out to people living on the Downtown Eastside. Each bag contains body wipes, two pairs of socks, soap, hand/body lotion, shower gel, cotton swabs, shampoo, conditioner, toothbrush/toothpaste, and everything is travel sized. In addition, each bag contains a personalized message of hope. The messages are often simple, but they may be the only positive thing that the recipient sees that day, or possibly that week. 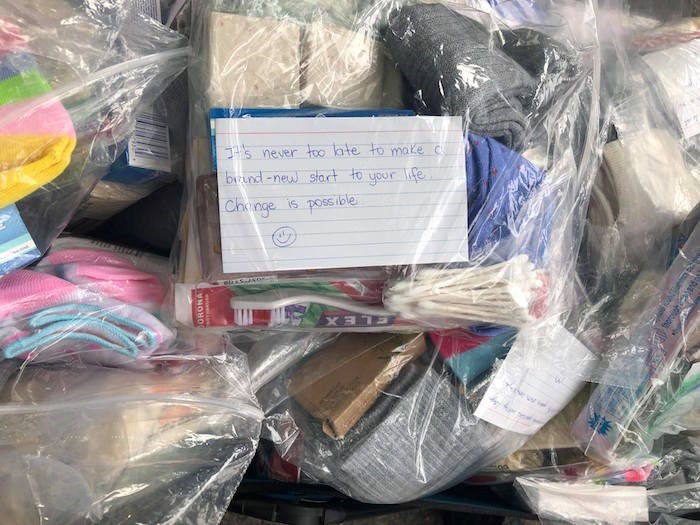 The project began in August 2015 and the group handed out 50 bags during the first drop-off. However, as Izabel remarks, 50 bags wasn’t close to enough.

“We started with 50 bags and they were gone in about five minutes, and we knew it wasn’t enough. So, from there we went to 100 bags and now we are doing 200, which costs about $800 dollars a month,” she says.

The group also put up a poster in a Kitsilano Vancity branch that asked for donations, and numerous people responded. One of them was Caroline Oulette, an Air Transat flight attendant, who has donated countless blankets and toiletries with the help of other flight attendants. The blankets are vital in winter, when sleeping on the streets of the Downtown Eastside can be deadly. Vancity has also made large donations, as well as the River Rock Hotel and Casino.

In addition to the bags of hope, the group also distributes food to the community. The food goes quickly, and, sadly, might be the only meal that some people eat that day. Companies such as Starbucks and Cartems have generously supplied baked goods, sandwiches, and other foods, which the group picks up three times a week. After running out of room in their homes, U-Lock Mini Storage in Burnaby donated a storage locker for all of the supplies and food.

And while programs for men are available, many aren’t aware of how to access them or the program rules strictly prohibit relapses, and participants are kicked out.

“My son would go into one rehab and another. He’d try to get clean and then he’d relapse again - but he was trying,” laments Carlos.

During periods when Andres was clean, Carlos says his son would create art and play sports with his dad. Many of his paintings were large and complex, and some of them were even three-dimensional. A couple of his paintings even sold at an exhibit in the United States. 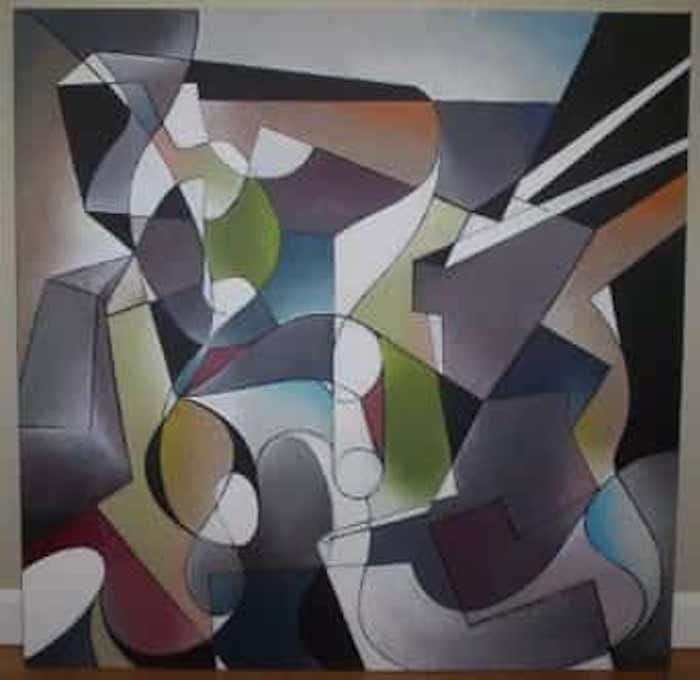 Carlos adds that Andres was an excellent speaker and spoke to kids about addiction and the effect drugs have on an individual. Kids loved him, and he had a significant impact on his young audience. He notes that Andres really tried to help others, even while he was suffering. However, he didn’t have access to the right treatment.

“[Recovery] is going to be a struggle for the rest of [an addict’s] life. Addicts need a lot of help - it’s a mental health issue. If you are cold, you take a shot of your drug of choice, and you’re not cold anymore. It is the same with hunger, or feelings of despair.”

“Relapse is common and should be part of treatment,” notes Izabel. “You get in and once you use, you get kicked out.”

Izabel adds that safe places are crucial for individuals who are transitioning out of addiction and may not have the skills to live on their own. Many recovering addicts may not have basic life-skills, let alone resumes to apply for jobs. For example, she knew a man in recovery who didn’t know how to use a toaster; he had to start over in a number of ways.

“People dealing with mental illness, they lose their identity, their support. They can’t get a job if they don’t have clothing, or have a place to sleep,” says Izabel.

Izabel emphasizes that small gestures matter, and that the group sees hope whenever they visit the community.

“We met a man who was living here for 30 years who beat addiction. He said what helped him, besides his grandma visiting him and taking him for coffee twice a year, was people sitting beside him on the sidewalk asking, ‘How are you?’ That kind of thing kept him going. He’s a father now with two kids, and he’s working.’

“He’s turned his life around.”

Males accounted for 80% of all suspected overdose deaths.

In 2007, Andres was one of those deaths. He is remembered for his big personality, his kindness and his warmth. Carlos also misses playing soccer with him.

“We would always feed off each other to get better and better.”

The Andres Project provides people on the Downtown Eastside with toiletries, food, warmth, and, perhaps most importantly, hope.

Find out more about The Andres Project and how you can help.