I missed the Langdale ferry again today, by three cars, so that gives me plenty of time to share this with you: my new book is coming out in April. It's called Return to Solitude: More Desolation Sound adventures with the Cougar Lady, Russell the Hermit, the Spaghetti Bandit and others, and this is the very first look at the front cover and some of the details within.

But first some context, eh?

Call it a ritual.

Way back in 2010, Vancouver Is Awesome was but a cheeky indie upstart blog that challenged our "No Fun City" head-on. Founder and Editor-in-Chief Bob Kronbauer heard that I was writing a memoir that was basically going to be something like a cross between The Beachcombers and The Shining.

Before he even had a chance to read what would become Adventures In Solitude: What not to wear to a nude potluck and other stories from Desolation Sound (Harbour Publishing, 2010), Bob was hugely supportive. So much so, that he offered to post a sneak peek of the cover of that first book to V.I.A. readers.

Twelve years and four books later, we're still exclusively revealing the covers and details of my books by way of Vancouver Is Awesome. Thanks, Bob!

As you may have guessed, this book is what my publisher is calling the "long-awaited" sequel to Adventures in Solitude. The new book shares the further true escapades of many of the real-life coastal characters you met in that first volume: the Hermit Russell Letawsky, Nancy Crowther the Cougar Queen, Bernard the German and many others, as well as the saga of a phantom-like cabin squatter known throughout Desolation Sound as "The Spaghetti Bandit."

I've also become a husband and a dad in the last twelve years, so now I'm dragging my kids up the winding Sunshine Coast Highway like my parents did to me, and the puke still doth flow.

The front cover design of Return to Solitude is by the wonderfully talented and award-winning Vancouver designer Naomi MacDougall. Naomi has designed all of my adult non-fiction books, which I consider an honour. The photo was taken by Rory Brown, an East Van and Desolation Sound neighbour who pops up in my stories again and again.

When this shot was snapped, it was such a beautiful day in Desolation Sound, so calm and sunny and hot, that I asked Rory to stop the boat so I could jump in. I'm swimming in ocean water that's about 400 feet deep and as warm as the Templeton pool. And as you can see, there wasn't another soul around.

This cover captures a lot of what I love about Desolation Sound: the vistas, the ocean, the wide-open spaces, and the deep mysteries that constantly surprise. Here's hoping you'll enjoy the many that will unfold in the pages of Return To Solitude this spring. 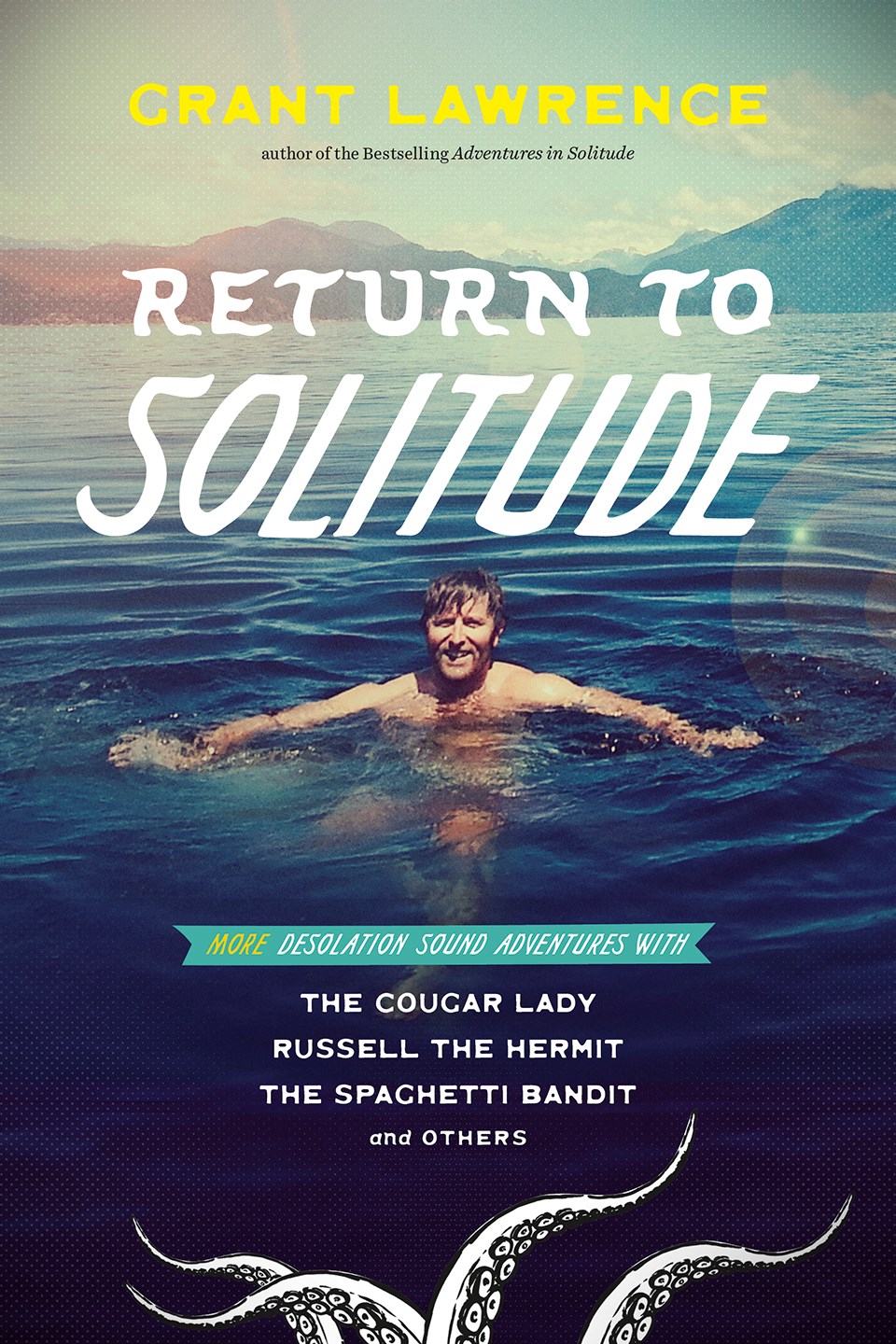