This fundraiser dinner will help save abandoned and abused pigs in B.C.

The The Little Oink Bank Pig Sanctuary has launched a fundraising dinner - Diner Avec Les Cochons - to aid in pig rescues and to help with costs to upgrade the farm's perimeter fencing.
0
Aug 8, 2019 5:37 PM By: Elisia Seeber

When Carrie Shogan realised three potbelly pigs she had adopted last March were pregnant, she was at a crossroads.

‘What will I do with three litters of pigs?’ she wondered. 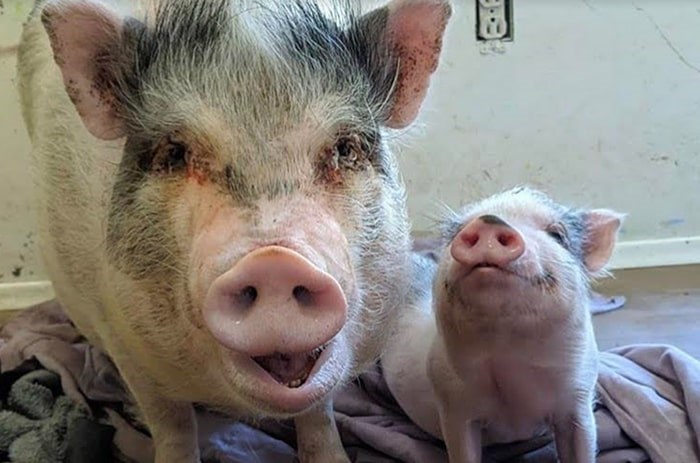 Well, the answer became clear when her three little pigs Momma, Bear and SweetPea, soon became 18 pigs in the course of a month and a half.

“We weren’t into animal rescue or anything and at first we thought ‘we could always sell the piglets’,” Shogan told Vancouver Is Awesome.

But looking into the eyes of her new friend, Momma, Shogan says she knew right away she had to keep all of them.

“The mother pig [Momma] had so many litters previously taken away from her that she was absolutely frantic and hysterical. Her eyes were so expressive. She was terrified that we were going to take yet another baby away,” she explains.

“It really dawned on us that these are really intelligent animals and they are really family orientated. I really made that connection and that’s what did it for us.”

From that moment it was decided Shogan and her husband would turn their family farm in Langley B.C. into a forever home to pigs in need. Soon after, they launched The Little Oink Bank Pig Sanctuary - named after the family’s hometown of Oakbank, Manitoba. 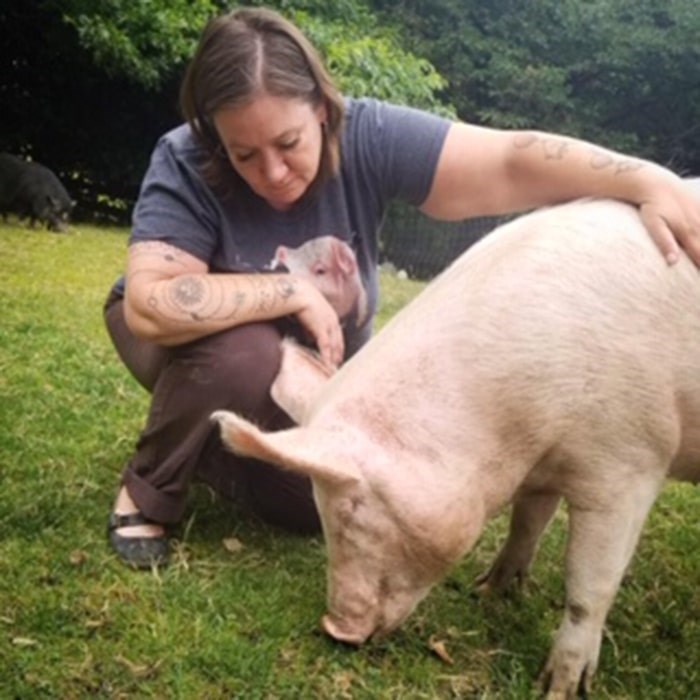 The sanctuary is currently home to 33 pigs (and counting), four calves, three sheep, and several dogs. All of these residents have all been lucky enough to call the sanctuary their forever home, following abandonment, abuse, and subsequently, rescue.

“Through our research we learned that 90 per cent of potbelly pigs are rehomed, abandoned or worse,” Shogan says.

Now, the sanctuary has launched a fundraising dinner - Diner Avec Les Cochons - to aid in pig rescues and to help with costs to upgrade the farm's perimeter fencing.

The first event on Aug. 10 will feature a vegan, five-course plated dinner by Urban Leaf, a curated vendor market highlighting local small businesses, and an array of influencers and tastemakers from the local vegan and animal rescue communities.

There will also be lots of raffle prizes throughout the night and of course, plenty of time to play with pigs! 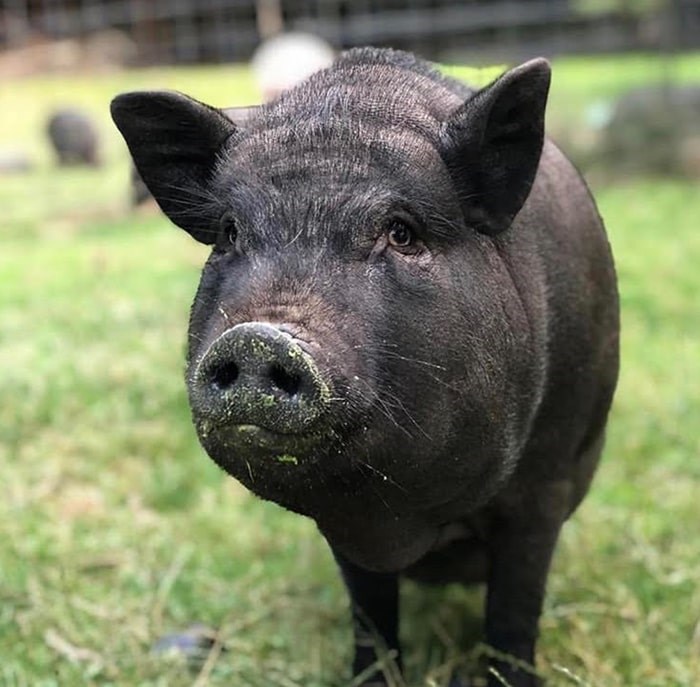 The sanctuary is currently home to 33 pigs (and counting). Photo: Carrie Shogan

Shogan says she grew up with animals and would take in stray dogs and cats, but never imagined she’d one day open a pig sanctuary.

“We never would have thought we’d be doing this. If you had asked me a year and a half ago I would have laughed,” she says.

“But these are lives we are talking about so we are just trying to work with what’s best for them and give them their best life.”

Tickets: @littleoinkbankpigsanctuary are available for sale until 12pm Friday.