Body Worlds and the Brain Veins

Body Worlds and the Brain is, to me, the perfect intersection of art and science. To sum it up in a sentence it is essentially human bodies preserved by a patented process called Plastination and displayed to teach the public, in a somewhat unorthodox and thoughtful way, all about how our bodies work. The fact that this preservation process which was created in 1977 by a physician (Gunther Von Hagens) in order to preserve specimens for anatomy courses has sparked one of the world's most engaged public exhibits ever, traveling to galleries and science centres like Science World and being exposed to tens of millions of people around the world, is such an awesome thing. We are incredibly lucky to have Body Worlds come back to Vancouver and though walking through this exhibit may make some uneasy, for most it fills us with wonder and appreciation for our own bodies.

It's on for a limited time at Science World at Telus World of Science and is ending shortly after the winter break. An insider's tip is that you might want to visit ASAP to have the best possible visitor experience and beat the winter break out-of-school crowds!

This is the third of a few posts I'll be sharing highlighting some things that I learned/appreciated at the exhibit. This is the blood vessel/vein system of a human arm and hand. 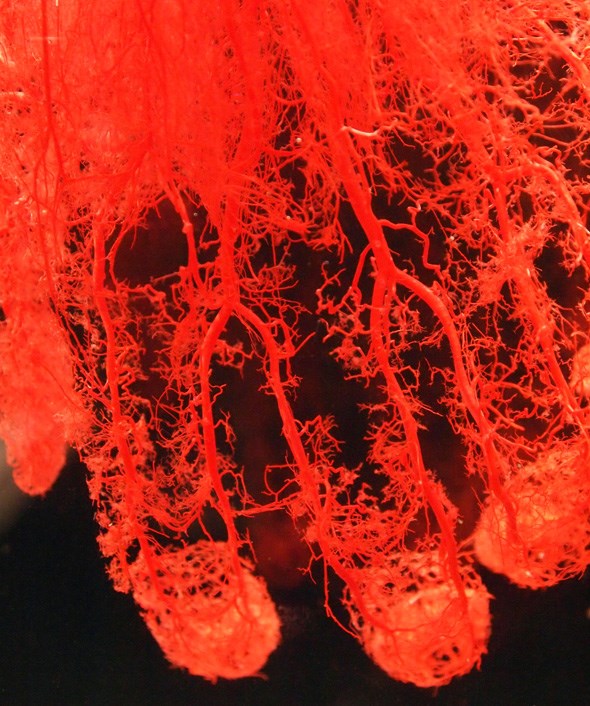 I was told that this piece was created using a different type of plastination than the preservation technique used on the bodies/organs shown in the exhibit. They actually pumped the veins of an arm with some sort of plastic and then gave time to allow it to harden and then somehow removed the organic matter and all that was left was this plastic stuff showing us what our veins look like. Woah. 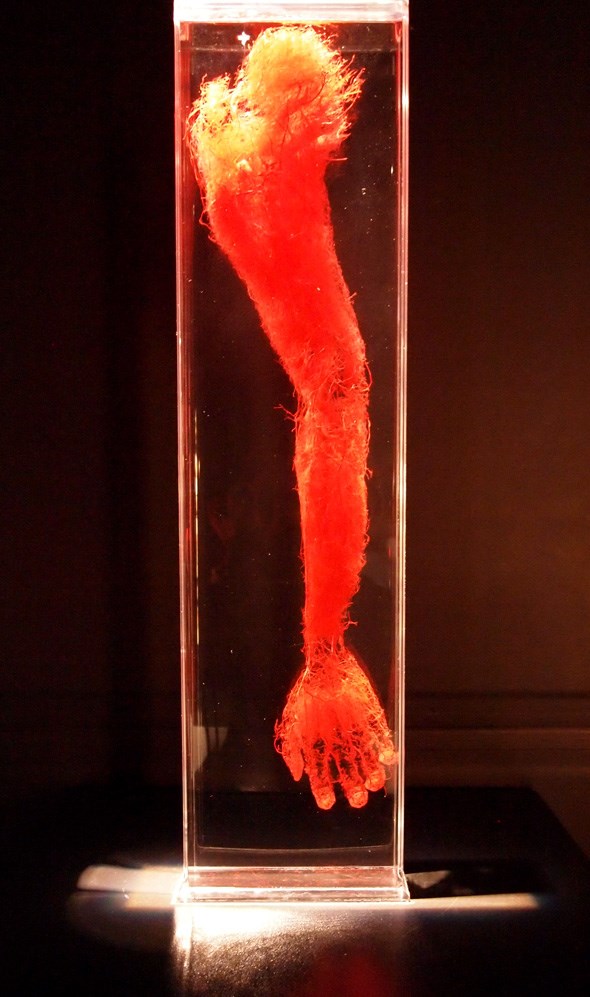 Learn all about the exhibit at ScienceWorld.ca/BodyWorlds