‘Burnaby is the real Hollywood North - not Vancouver’

When people say they're filming in Vancouver, "what they mean is they are filming in Burnaby,” says a studio facility head.
Oct 5, 2020 8:15 AM By: Chris Campbell 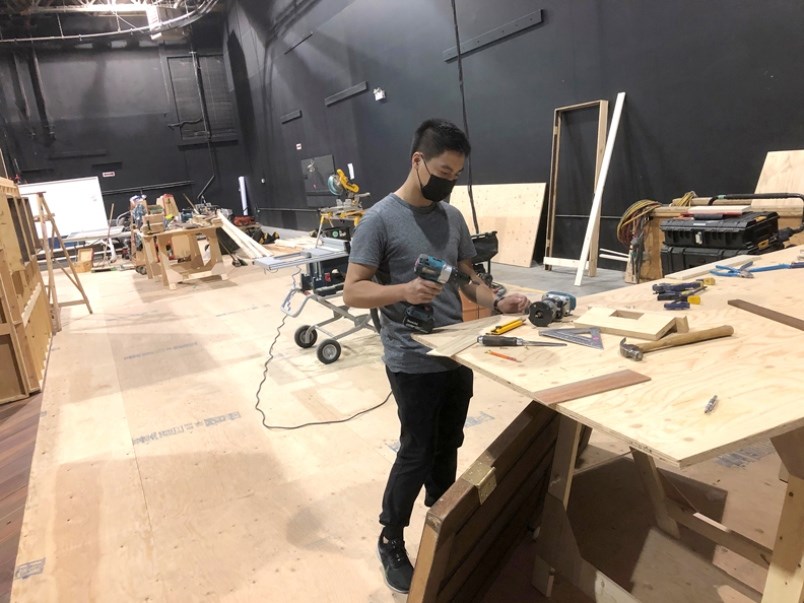 Angus Siu has worked on multiple movie and TV productions, including Supernatural and a sequel in the GI Joe franchise. Chris Campbell photo

When Alex Fatalevich hears from a colleague or reads a news article about movie and TV productions “filming in Vancouver,” he scoffs.

“What they mean is they are filming in Burnaby,” says Fatalevich in a robust Ukrainian accent. “Burnaby is the real Hollywood North - not Vancouver.”

Fatalevich should know. He’s the president of the Canadian Motion Picture Park, which covers more than 25 acres and has more than 300,000 square feet of space in an industrial park in South Burnaby.

With 18 sound stages, the studio – which he runs with Marjorie Poore, CMPP principal - been home to such productions as Mission Impossible: Ghost Protocol, Watchmen and the 15-year run for the TV show Supernatural. The studio recently signed a mega-deal with entertainment behemoth Netflix, in which the company will lease 178,000 square feet of space from CMPP.

This means even more productions are coming to Burnaby, starting with a new project with Sandra Bullock.

Last Friday, the NOW was invited to tour some of the studio facilities.

The first thing that greets you when you get past security is several tents that are marked by “COVID-19 testing” signs. One key for the industry starting up again is extensive testing and one of the shows that shoots on the Burnaby studio lot, Batwoman, has seen some delays due to a backlog in getting those tests analyzed.

But the testing and mandatory mask policies and physical distancing requirements are all part of the effort to get the movie and TV industry running again.

Fatalevich took the Burnaby NOW on a tour of the sets for Batwoman and the TV show DC’s Legends of Tomorrow.

The first stop is at an area where builders are putting together a series of tiny sets that are shot in a way that makes them seem much bigger for certain types of scenes. It’s a cost-effective way of filming.

“They take a couple of weeks to build, maybe one day to shoot and then they are taken apart,” says Fatalevich.

The next stop is a massive sound stage that is home to multiple individual sets for Batwoman. From the outside, each set just looks like a bunch of plain wood walls, but when you walk through a door, you enter that magical world.

One set was a giant office decorated in art deco complete with a massive desk (the NOW wasn’t allowed to take photos of the Batwoman sets) and multiple huge statues. Behind the desk are a series of windows that show a Gotham cityscape. Fatalevich took this reporter outback to see the 30-feet high backdrops that have been painted like Gotham.

“It’s amazing isn’t it,” Fatalevich says. “We have some of the best craftsmen in the entire world.”

And the sets are not just a single room. Some include labyrinth hallways that lead to other rooms, including staged bathrooms and bedrooms, so the cameras can follow characters from room to room in a single tracking shot.

The Legends of Tomorrow soundstage feels even bigger at 26,000 square feet of space for multiple soundstages. Entering one set feels like climbing aboard a real space ship. As with Batwoman, it’s a maze-like series of rooms connected by hallways – all decorated for filming.

Along the way, we met tradesperson Angus Siu, who has worked on multiple movie and TV productions, including Supernatural and a sequel in the GI Joe franchise.

Siu used to work in construction building homes. This is definitely an upgrade.

“This is way cooler than construction,” Siu says. “We get to do something new every single day and it feels really creative. I love it.”

Fatalevich says one big reason why the park is able to provide such good jobs is due to the support from Burnaby Mayor Mike Hurley and Burnaby-Edmonds MLA Raj Chouhan.

“I’ve never had anyone who paid this much attention to our industry,” said Fatalevich about Hurley. “He’s helped tremendously to break down barriers when it comes to filming.”

Chouhan came along on the tour last week as he took a break from the campaign.

“Our community needs these kinds of good-paying jobs and so I’m willing to help in any way I can,” Chouhan said.