If you’re a Drake fan and you missed his surprise performance in Vancouver last night, well, you’re probably going to feel like crying.
0
Nov 3, 2018 2:37 PM By: Elisia Seeber

If you’re a Drake fan and you missed his surprise performance in Vancouver last night, well, you’re probably going to feel like crying.

Clubgoers had rocked up at Fortune Sound in Chinatown to be entertained by DJs Night Owl Sound, who are under the label founded by Drake, OVO Sound, but then something unexpected happened. 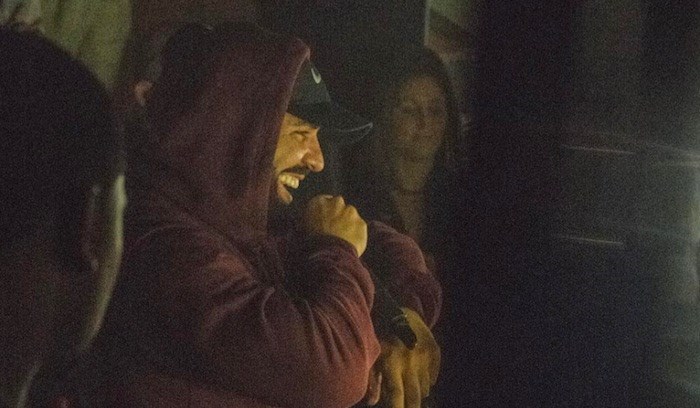 If you missed the moment, fan Alexa Lizotte, who was at the club with a friend, says it went a little something like this...

“My friend and I were getting drinks and all I remember is my friend screaming to me “IT’S DRAKE!” and we went running for the stage,” she told the Courier.

Lizotte says Drake was on stage for about seven or eight minutes.

“He was in and out and it felt like a dream! My favourite part was when he told us that he’s been travelling around the States touring and it feels so good to be back home. Everyone was screaming!" Lizotte says.

It's definitely a night Aubrey fans will never forget.

“The crowd and the energy was insane, everybody was so blown away," Lizotte says.

Fortune Sound posted videos and photos of the night showing fans going absolutely crazy as Drake came out on stage. The live music club posted it was “truly honoured” to host Night Owl Sound and Drake.

For the non Drake fans, the Canadian rap legend is in town for his Aubrey and The Three Amigos concert at Rogers Arena this weekend.

Huge crowds are expected to pack the arena tonight and Sunday.