Preparations are under way for the fourth annual Vancouver Friendship Festival, an event aimed at showcasing the various Russian-speaking communities.
0
Aug 21, 2019 2:04 PM By: Vancouver Courier

Preparations are under way for the fourth annual Vancouver Friendship Festival, an event aimed at showcasing the various Russian-speaking communities that reside in Metro Vancouver.

The festival is organized by the Multicultural Russian Speaking Association of B.C. and takes place Aug. 25 at the Peretz Centre for Secular Jewish Culture.

After the success of the first Russian-focused Friendship Festival in 2016, organizers reached out to different eastern-European communities in the metro area.

Beyond hearing the different languages, festival attendees will have a chance to acquaint themselves with national cuisines and regional art styles. They will also be able to watch performances from non-Russian speaking groups hailing from Bulgaria, Serbia, Greece and Israel, as well as an international belly dancing group, which will perform dances in the Azerbaijani and Tajik styles. 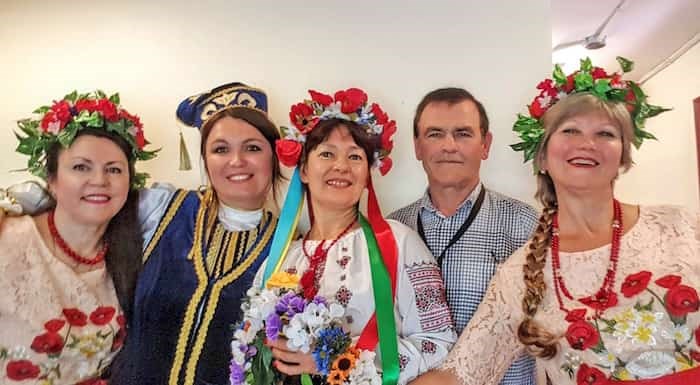 Last year’s event, which took place in Burnaby, drew approximately 800 people. Timoshkina hopes this year’s more central location and proximity to the SkyTrain will draw an even bigger crowd.

The festival will open with a parade, where people from different countries will show off their traditional garments and cultural heritage before joining together to sing the Canadian national anthem. Attendees are encouraged to come in their own traditional garb.

After the parade, there will be several activities organized for children, including a fairy-tale story workshop and a group collage project called “Our Russian-speaking Vancouver.” The remainder of the festivities will be dedicated to live music, presentations and performances.

The entire event has been planned with children in mind, and half of the activities are directly designed for them. There will also be a program for adults, but no alcoholic drinks will be served — undoubtedly a disappointment for those hoping to sample the world-renowned liquors and spirits of the various regions. There will be plenty of borsch however, as well as rice pilaf, shashlik and other foods from the countries that made up the former USSR.

The festival aims to not only connect Vancouverites to Russian-speaking cultures, but also to help these communities get to know each other.

“This [has been done by] the people from our communities. We are looking around for sponsors, for sure, because we need some support.”

Despite the tight funds, Timoshkina hopes this edition of the Vancouver Friendship Festival will be bigger and better than the ones that came before.

“We’re very unique,” Timoshkina said. “It’s the only [Russian-speaking festival] in the whole of Canada.”