I'm at that age that a lot of my friends and my girlfriend's friends are starting families. With babies comes baby showers and with baby showers comes shopping for cool baby stuff.
0
Jun 20, 2009 1:43 PM By: Paul Simons

I'm at that age that a lot of my friends and my girlfriend's friends are starting families. With babies comes baby showers and with baby showers comes shopping for cool baby stuff. Yesterday while on south Granville shopping for baby gifts, we popped into pottery barn kids. I rounded the corner into the bedding section and almost shit my pants!... and not because I'm prone to IBS. Lo and behold they had official Lucasfilm Ltd. licensed re-issue bed sheets. I don't know if you ever had these in the early eighties, but I sure as hell did. They're just as awesome as I remember, the whole gang is there, Han, Chewie, Luke, Leia, R2, C3P0, even Vader a storm trooper and the deathstar! Now I don't sleep in a single bed any more so I was extra psyched when I found a Queen sized duvet cover and pillow cases! I know what you're thinking... "what a massive nerd, your girlfriend is going to kill you for buying ridiculous Starwars bed sheets." Well guess what, my girlfriend was just as psyched as I was! It turns out her late Lola (Tagalog for grandma) used to rock a nightie made from this same fabric! We slept on the new sheets last night and let me tell you it was one of the best sleeps I've ever had. 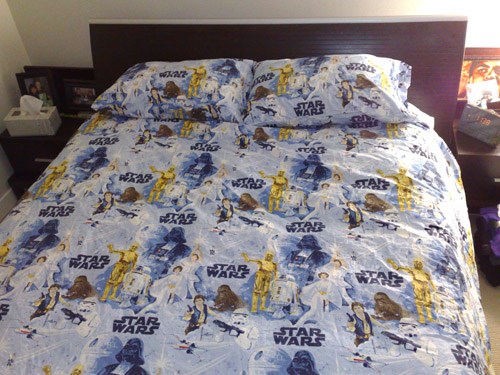 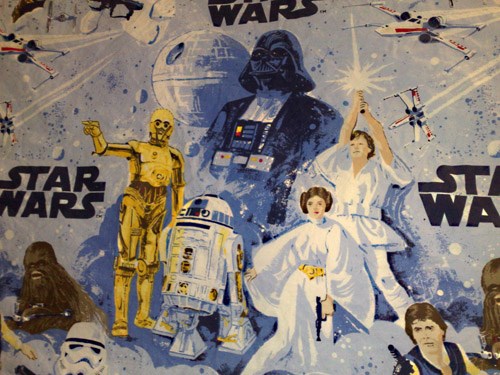 Vancouver actor tackles ugly role in APTN police procedural Tribal
Feb 14, 2020 9:25 PM
Comments
We welcome your feedback and encourage you to share your thoughts on this story. We ask that you be respectful of others and their points of view, refrain from personal attacks and stay on topic. To learn about our commenting policies and how we moderate, please read our Community Guidelines.