This B.C. town is riding newfound 'Old Town Road' fame 'til it can't no more

Can't nobody tell a British Columbia town nothin' about how to capitalize from one of its streets sharing a name with the smash hit song "Old Town Road."
Aug 4, 2019 5:42 PM By: The Canadian Press

Can't nobody tell a British Columbia town nothin' about how to capitalize from one of its streets sharing a name with the smash hit song "Old Town Road."

The hip-hop-country track by up-and-coming rapper Lil Nas X and featuring "Achy Breaky Heart" singer Billy Ray Cyrus has been No. 1 on the Billboard Hot 100 chart for a record 17 weeks. 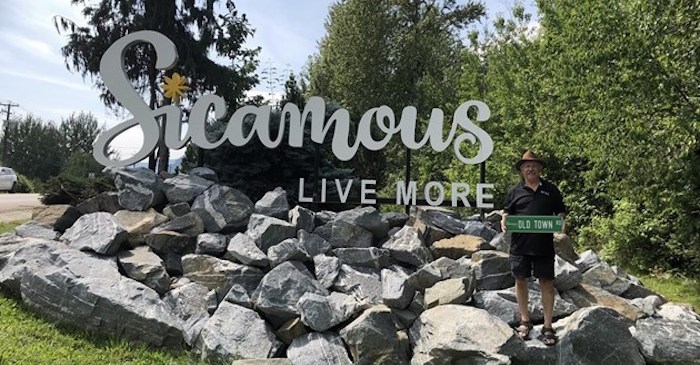 About half a dozen Old Town Road signs started disappearing from an intersection in Sicamous, B.C., a few months ago. Photo via Canadian Press

About half a dozen Old Town Road signs started disappearing from an intersection in Sicamous, B.C., a few months ago.

Mayor Terry Rysz doesn't know who has been stealing the street signs. The tourist spot on the shore of Shuswap Lake in the B.C. Interior is popular with house-boaters during the summer, when its population swells from 2,600 to 10,000.

But instead of cracking down on the thefts, Sicamous decided to find a way to spin the situation into something fun — and maybe even profitable.

"Instead of you stealing the signs, we'll give you the opportunity to buy the signs," said Rysz.

The local chamber of commerce has printed off 100 metal Old Town Road signs with the Sicamous logo.

As of 10 a.m. Friday, they officially went on sale for $25 each. District operations manager Joe McCulloch said they're already pretty much sold out, but he wants to make sure Lil Nas X and Cyrus both get one.

He said it would have been a waste of time and money to try to better secure the street sign with bolts or straps.

"The best thing we should do is just do the same thing as Abbey Road and Route 66 and just sell them," he said.

McCulloch moved to Sicamous from Glasgow three years ago because he wanted a creative, fun job in a beautiful place.

He said the Old Town Road hoopla reinforces why he's there.

"We're here to try and help people have fun. We're not here to be restrictive. And that's the whole ethos," he said.

Rysz said in a world with so much negativity, he's just happy to see so many people excited over a song.

"We're dancing to the music so it's all cool."

Vancouver museum to hold event in advance of National Day for Truth and Reconciliation
Sep 19, 2021 3:45 PM

CONTEST: You could win the Ultimate Downtown Staycation Grand Prize for the 2021 Vancouver International Film Festival
Sep 17, 2021 9:00 AM