THE OPENING is all about introducing the fascinating, quirky and wonderful people working in and around the visual arts in Vancouver.
0
Nov 11, 2011 7:11 PM By: Anne Cottingham 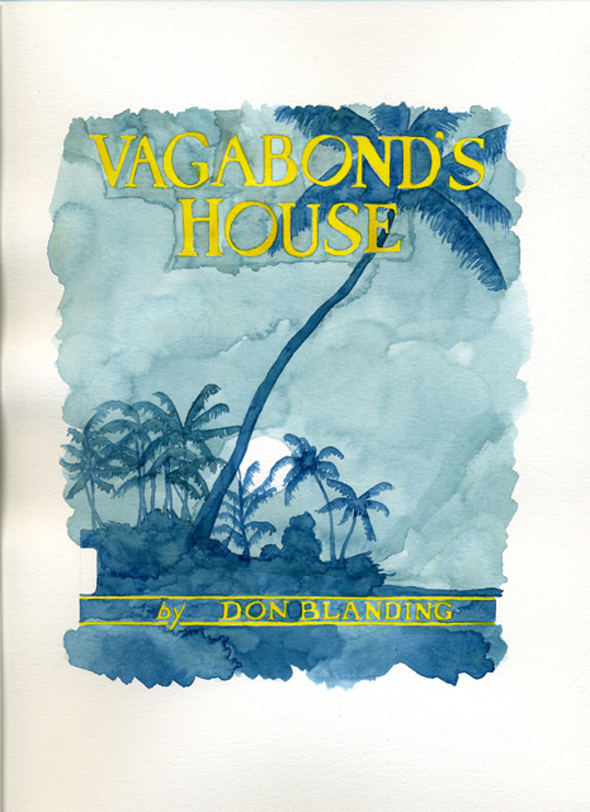 In the all things digital and computer made, Kim Kennedy Austin feels a little bit lost. As she puts it, “I like that time where things were industrially fabricated, but made by someone who knew how to make it themselves by hand.” The very ethos of everything she creates is a celebration of things made in that spirit, from hand-designed 70’s book covers to mechanical drawings in an unusual colour.

The written word is a part of that celebration, evident in her book cover works but also her affinity for hand-drawn type. A graduate of Emily Carr Institute (now University) in 2001, Austin works at the Vancouver Public Library. While she doesn’t enjoy writing herself, she certainly enjoys reproducing texts she finds in various sources, particularly from old technical manuals. She often uses “found text, whether it’s some sort of antiquated text where just the way they write is so lyrical. From when they are written they are quite poetic in and of themselves.” A recent found text project involves the story of the Mad Trapper of Rat River, a 1930s tale about an RCMP chase for a fugitive accused of assaulting local natives and interfering with their traps in the Yukon. Over a dozen sheets of paper, Austin has drawn and watercoloured the text of a coded RCMP message related to the chase. Each section of the code is divided – without all the other sheets it is impossible to understand the code in her work, just the same as the code itself. 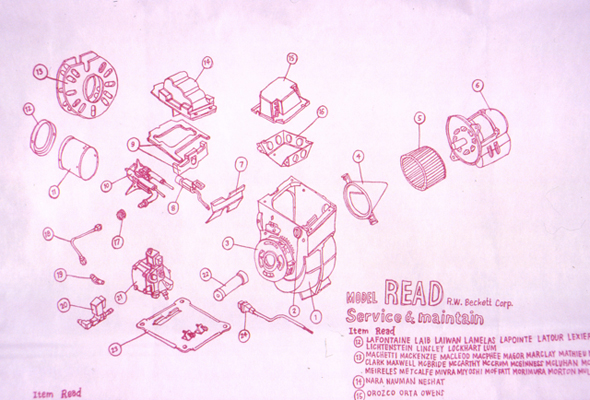 Mechanical drawings are another common theme in her work. Today these types of drawings are mostly generated through expensive computer programs, but Austin is recalling a time when all of these sorts of drawings were made by hand using pens made specifically for that kind of drawing. Hers have a twist though – they are often drawn in pink. A “non-natural colour, it is the least masculine colour to be making a drawing of a bridge that was the opposite of what you would normally make a mechanical drawing out of.” The pink serves the purpose of “taking something that was super-functional and making it aesthetic” The result are these fantastic drawings of feats of engineering and design that are no longer about what they depict, but the drawings themselves. 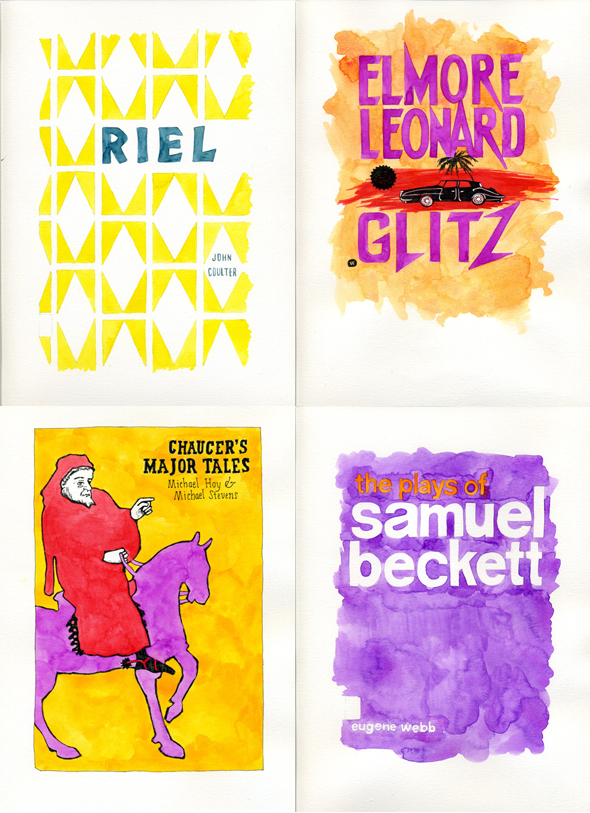 More recently Austin has been working from 70s and early 80s book covers, covers from “that era where a graphic designer or a book cover illustrator hand-rendered everything and designed it by hand.” These books are marked by their, as she notes “freaky” colour combinations – pink, red and purple or pink, red and orange. She started with ‘The Young Unicorns’ by Madeleine L’Engle and now draws her inspiration from fiction and non-fiction, sci-fi and self-help. She collects and photographs each cover, and then makes watercolour illustrations that are more about the time period and the colours they used than the actual book itself. Most of them are books that she “would never want to read. Self-help books from the eighties, they are just not that current anymore.” And while that’s true, she laments that they will inevitably be removed from circulation and forgotten, because the fact that the cover was hand-painted is important now that everything is produced digitally from photographs for the most part now. 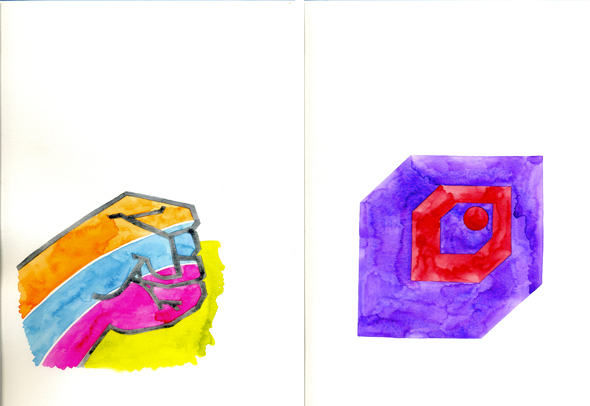 Some of her ‘reproductions’ are of very simple covers that reflect more of typesetting than colour, like a book of Samuel Beckett plays that is primarily in purple. Others involve more detailed illustration, like ‘Chaucer’s Major Tales’ or ‘Rappaport’. Either way, she is accentuating their handmade look, especially with her use of watercolour paint. A long used but little respected medium that many do not even consider a form of painting, Austin finds that watercolour links well with drawing. A maligned medium is a lyrical choice for forgotten hand-painted book covers. Lately she has been taking graphic details from the same types of books and re-producing them in watercolour as well, in addition to her explorations of type and mechanical drawing, amongst many other beautiful but frequently forgotten crafts. Her work serves as a whimsical reminder to the pleasures of the handmade. 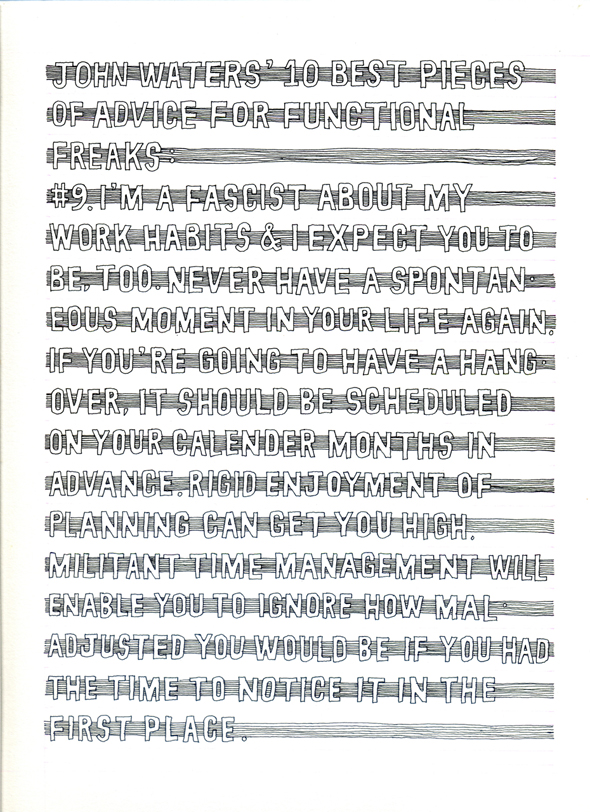 Kim Kennedy Austin will be Malaspina Printmakers’ December print artist in residence. Her work is currently on view at the Kamloops Art Gallery until December 31 as part of a group show curated by Patrik Andersson entitled ‘On the Nature of Things.’ To see more, please visit her Tumblr.