Surinder Sahdra works as a transit supervisor for TransLink in Vancouver. While he had attended a Mental Health and First Aid workshop earlier this year, Sahdra had never been in a situation similar to the one that he faced this October.
0
Nov 2, 2018 12:44 PM By: Elana Shepert 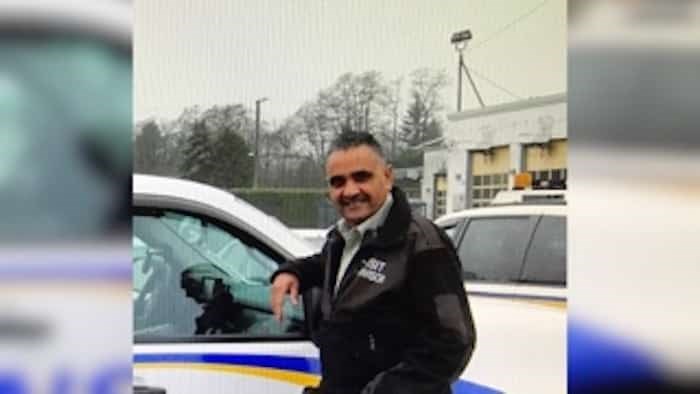 Surinder Sahdra works as a transit supervisor for TransLink in Vancouver. He's worked with the company for over 19 years, and spent seven of those years as a bus driver in the city.

While he had attended a Mental Health and First Aid workshop earlier in the year, Sahdra had never been in a situation similar to the one that he faced this October.

On Wednesday, October 18, just after 6 am, a 43-year-old Vancouver man was driving a sedan east on Marine Drive when his vehicle struck a pedestrian who was crossing mid-block near Ross Street. Sadly, the man was pronounced dead at the hospital.

Following the incident, Vancouver Police blocked off a section of road on Marine Drive near Ross Street. As a result, TransLink had Sahdra redirect traffic and allow buses to continue on their route.

While he was redirecting traffic, a woman in a car going north honked at him, yelling, "Hey you! Someone is on the bridge!"

Of course, Sahdra wasn't on the bridge, and he couldn't locate another supervisor in the area to help him.  While multiple people called 911, the minutes were passing by and he was getting extremely worried.

While there was no one available to operate his post, he decided to jump in his vehicle and drive south up the bridge. As he approached, he saw something on the bridge, but he couldn't make out what it was.

"I saw something hanging on the bridge, but I couldn't make out what it was," reports Sahdra. "When I got closer I could see that it was, in fact, a person with one leg straddled  over the railing of the bridge."

When Sahdra approached the man on the concrete barrier he tried to coax him him off the edge, saying, "Hey, hey. You don't have to do this."

The man told him off, and Sahdra could see that there was a bottle of alcohol in his pocket.

"He wasn't going to get off the edge, and I knew I had to get him. I grabbed him on the railing in a burst of adrenaline."

Luckily, another transit supervisor was nearby and able to jump over the concrete barrier, too. The pair held the distraught man down until the police arrived at the scene.

Sahdra states that he isn't a hero for what he did, but that he just knew that he had to step in. With that being said, police have stated that he did the right thing.