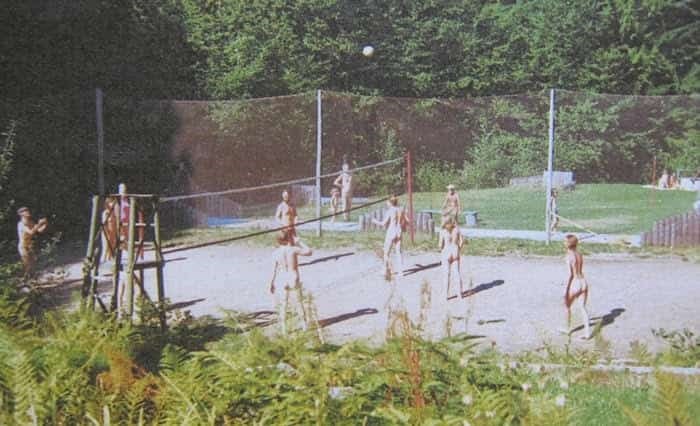 Sun's out, buns out.

Founded in 1939, the club was the first of its kind to open in Vancouver, as well as the country. During the club's inception, not many people had cars, and, as a result, they'd arrive to the club's property by bus or on foot.

Nowadays, the club meets at a North Vancouver property, but they no longer have a clubhouse. However, the property offers, "a wood-fired sauna and hot tub, facilities for volleyball, badminton, horseshoes, shuffleboard, croquet, bocci, children's play equipment, spacious lawns for sunning, and lots of shade trees."

Prospective members must visit the property up to three times to determine whether their membership application will be considered. The club describes itself as friendly, but without imposing on the personal freedom and privacy of each member. It also describes itself as a “family friendly naturist club” and is affiliated with the American Association of Nude Recreation. 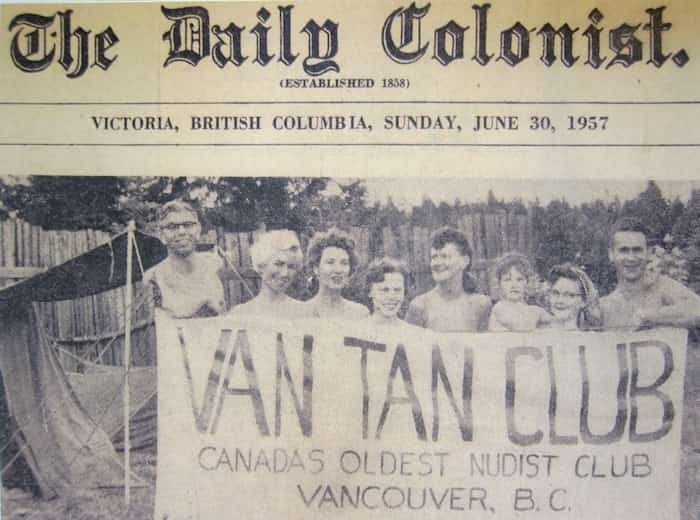 Daniel Jackson, VanTan Club spokesperson, told Vancouver Is Awesome in an email that the club once had to place 'cryptic advertisements' in newspapers to attract new members - nudism wasn't as socially accepted as it is now. By the '60s and '70s, however, the practice was seen as more socially acceptable; younger families began to join the club and membership numbers grew substantially.

Jackson notes that the Club welcomes the public to visit the club at two open houses each summer, and encourages them to understand what the practice is all about. They also have floats in the Lynn Valleys days and Canada Day parades.

The Club currently has about 50 members, but they don't all visit on the same day. As such, visitors have ample room to relax and enjoy the peaceful, three hectare property.