A new "modern Asian" restaurant specializing in Chinese, Taiwanese, and fusion dishes has just opened its doors on Broadway.

A new "modern Asian" restaurant specializing in Chinese, Taiwanese, and fusion dishes has just opened its doors on Broadway.

Called A. Bento, the restaurant has taken over the space at 656 W Broadway that had been home to Shaolin Noodle House, which shuttered this spring.

On the menu for launch are several comfort classics, including fried rice dishes, stir fry available a la carte or as a combo, and steamed or fried dumplings.

A. Bento also has the popular Taiwanese-style "Crispy Chicken Nugget," and, as the name suggests, they offer bento boxes, including one featuring their fried chicken nuggets. Additionally, their Bento options skew to the comfort food zone, with selections like a Deep Fried Pork Chop on Rice and Pork Ragu on Rice.

During its soft opening phase, A. Bento has several promotional discounts and specials available for take-out orders, or orders placed at the restaurant and taken to-go. They can be reached by phone at 604-423-9585. 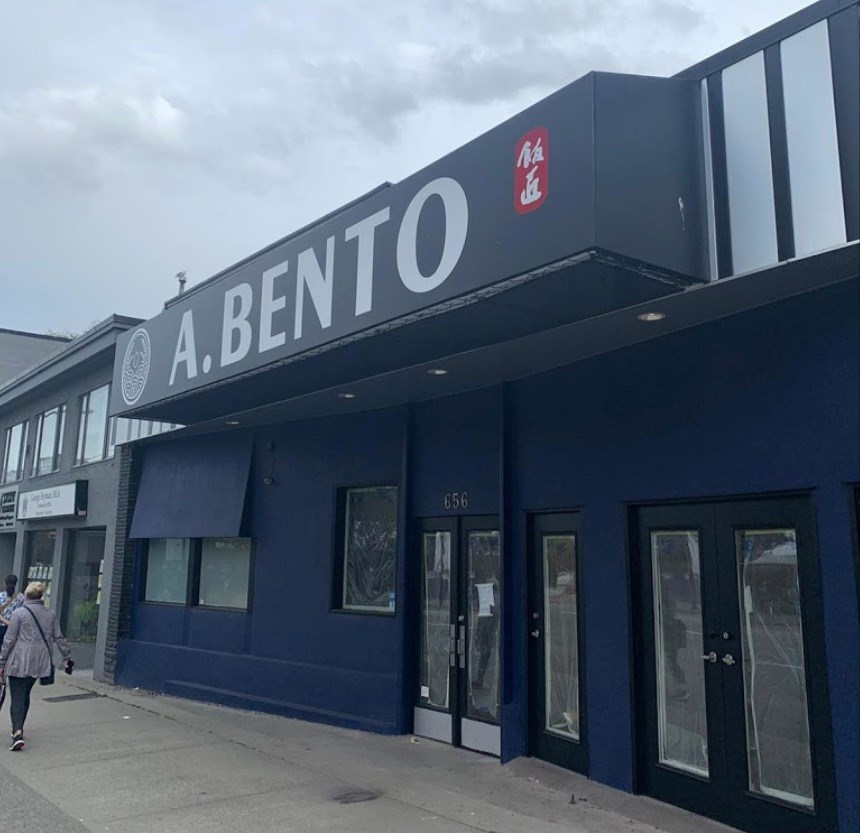 A. Bento at 656 W Broadway in Vancouver. Photo: Google Maps

These 15 Metro Vancouver restaurants have closed their doors for good (or will close soon)
Aug 25, 2020 2:00 PM
Comments