A 40-year East Van Italian staple. Burnaby's best-known fine dining spot. A veteran pizza and pasta staple - with a killer bar upstairs. We've said so long to several restaurants in Vancouver in the last few weeks - some you may not have even gotten a chance to check out before they closed their doors.

We've rounded up 15 recent closures of note spanning Metro Vancouver and ranging from small ramen shops to some prime real estate. While most of these restaurants are gone for good, you may still be able to enjoy a meal at a couple of them before the closed sign goes up. And, for many, while one restaurant vacates the address, so often in Vancouver there's already another one that's waiting to slide right in.

After 40 years, East Vancouver's Felicia's said goodbye recently, amidst the COVID-19 pandemic. Known for their kitschy decor and hearty Italian fare, Felicia's at 2492 East Hastings was a beloved local staple for many. 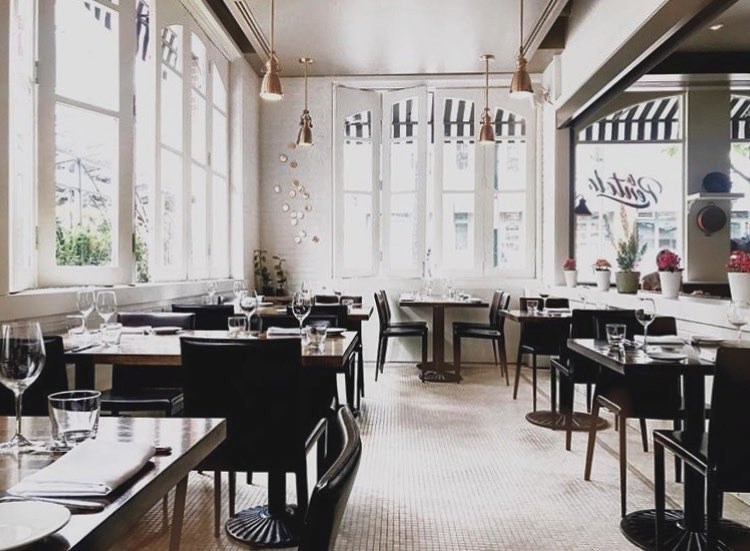 The interior of La Pentola at the Opus Hotel as seen in July 2018. Photo via La Pentola (now Capo & the Spritz)/Facebook

La Pentola, the critically-acclaimed Northern Italian restaurant on the ground floor of Yaletown's boutique Opus hotel, shuttered in July after an eight-year run. The restaurant, and adjoining Opus Bar, were operated by Safe and Sound Entertainment (Bar None, Hello Goodbye). La Pentola's social media accounts have now been flipped over to those for Capo & the Spritz - that's the new pizza and cocktail concept moving in, and it's the work of Vancouver's Autostrada team.

Located at 572 Davie Street, The Ramenman recently shuttered, making way for an exciting new pop-up to permanent venture called Noah's Cafe. The ramen joint had actually relocated from its original spot on Bidwell to replace Juno, a long-standing sushi concept from the ramen shop's owner.

Speaking of ramen on Bidwell, in early 2018 Ramen Taka opened up at 841 Bidwell (in the old Ramenman spot), and a year later their Richmond location at Aberdeen Centre followed. Unfortunately, on Aug. 24, Ramen Taka revealed their original Bidwell restaurant will be closing up at the end of the month due to the economic impact of COVID-19 on the business. 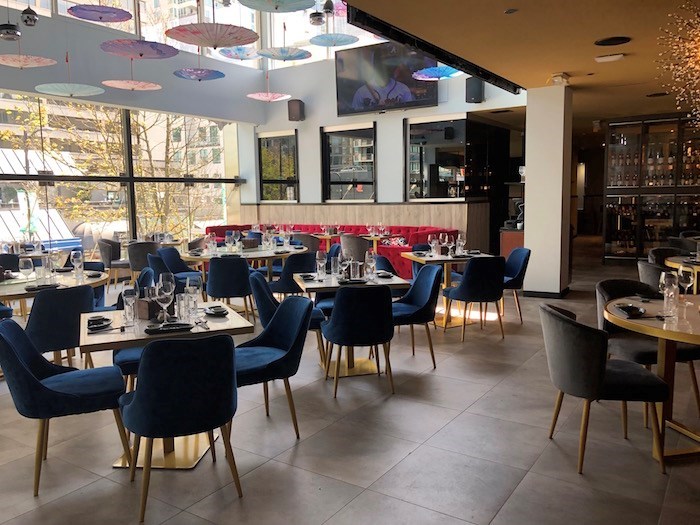 Just a few blocks away, in a towering and cavernous second-floor space on Bute at Robson, the ambitious and eclectic Blossom Dim Sum & Grill has gone totally silent, following an announced indefinite closure in mid-March. The business has been listed for sale.

For many Vancouver diners, this double whammy announced in early August really hit a nerve. Campagnolo launched in 2008. Focused on rustic northern Italian food, the Main Street spot was for a time a flagship location, as Campagnolo expanded to include the Campagnolo Roma outpost in East Vancouver, which shuttered in late 2018 after seven years. Sadly, the closure of Campagnolo on Main also meant the end of its bar-restaurant sibling, Campagnolo Upstairs. The Upstairs venue, situated - literally - upstairs from Campagnolo, is beloved for its trim menu of simple but well-executed bar-style dishes, including their famous "Dirty Burger," all offered alongside well-made cocktails in an unpretentious space.

A quiet shuffle took place recently in South Granville, as local Lebanese restaurant JamJar shuttered their location at 1488 West 11th Avenue. The good news is a fresh new venture offering the same kind of cuisine has stepped in to take its place, and it is called Mazahr. JamJar still has three of their "Canteen" locations in the Metro region - UBC, Commercial Drive, and North Vancouver. 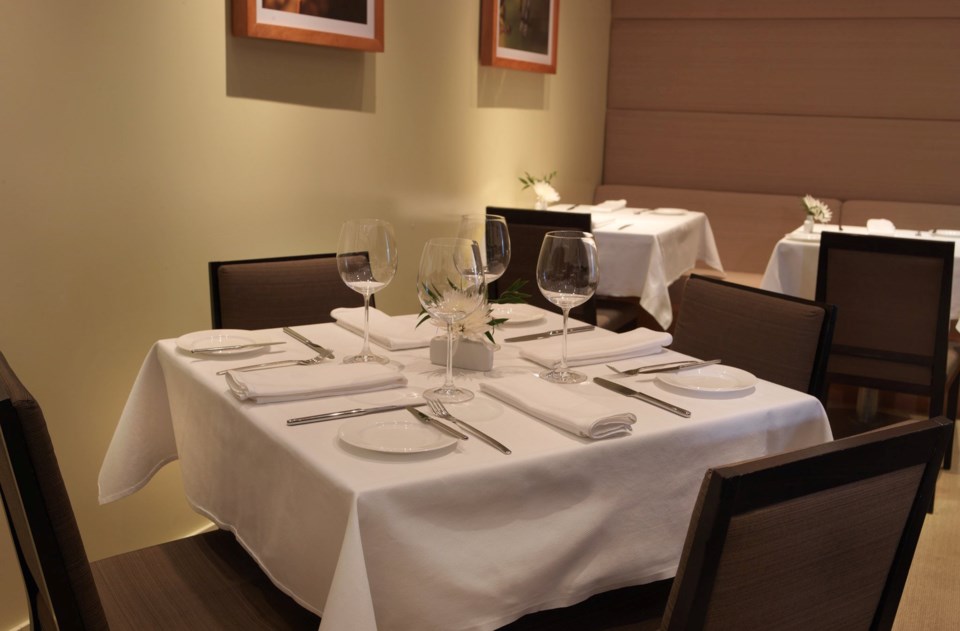 This award-winning fine dining restaurant in Burnaby brought its nearly 23-year run to an end in mid-August. The Pear Tree was owned and operated by husband and wife duo Chef Scott and Stephanie Jaeger, who said they had been in the midst of lease negotiations for their Burnaby Heights restaurant prior to the COVID-19 pandemic, then found themselves facing an over 40% rent increase, their landlord's addition of a 'demo clause' for year one, and what the couple say are "a number of other unworkable clauses." The Jaegers say they intend to continue to offer in-home catering, until they are able to set out on a new dining establishment venture.

After four years of serving up their modern take on family recipes of Vietnamese fare, Yaletown's House Special shook things up this summer by rebranding as a second outpost of their popular sibling concept Do Chay. As an ode to one of House Special’s most popular items, Uncle Hing’s Chicken Wings, Do Chay Yaletown has an exclusive dish on its menu made with oyster mushrooms and Do Chay’s Ish Sauce (vegan fish sauce).

As 2020 got underway, the 10th anniversary of Richmond's L'Opera Patisserie was shaping up to be a banner year. The family-run bakery and tea spot was preparing to launch a revamped menu that would feature fondue dishes, perfect for sharing, in the springtime. However, as we all know now, 2020 had a few surprises in store for us - including L'Opera Patisserie closing down for good in mid-August. However, we've been assured L'Opera will carry on, just not in the same physical retail space.

This casual counter-serve vegetarian and vegan eatery located inside the River Market in New Westminster will close their doors September 6. The restaurant had re-opened in June for dine-in service, after closing up due to COVID-19. Owners say the effects of COVID on the business guided the decision to shutter permanently. The day prior to announcing Amaranthus' closure, the owners announced they are opening Nox, a modern Italian restaurant situated at the Cardero, a 26-storey mixed-use building in Vancouver's Coal Harbour. 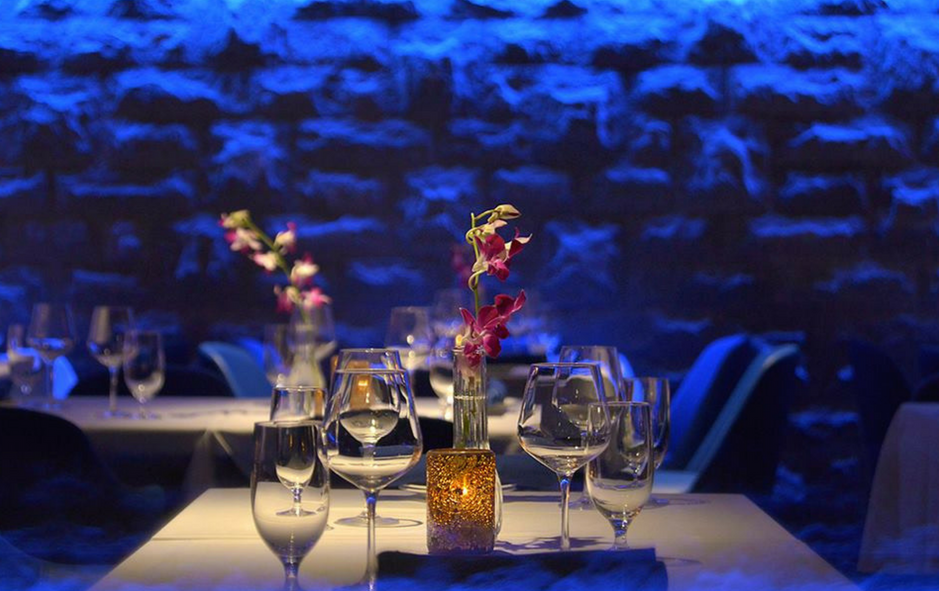 Martinis, southern Italian food, and a New Orleans vibe - with live music - was the calling card of the Blue Martini in Kitsilano. Now the venue at 1516 Yew Street has quietly packed it in, with a new tenant (and a very different concept) moving in. We'll have more details about this one soon!

One of Steveston’s more popular evening haunts has closed its doors permanently. The Porthole – off No. 1 Road, between Moncton and Bayview streets – announced in early August that it had to close due to the pandemic restrictions. The 30-seater wine bar had been a relative hit in the village since it opened in early 2018, with regular live entertainment.

This well-loved Vancouver fine dining restaurant revealed in early March 2020 they are closing their doors after an incredible 35-year-run in the city's Kitsilano neighbourhood. Named for chef-owner John Bishop, 75, Bishop's had planned to close its doors August 1, however COVID-19 restaurant shutdowns cut away at their farewell season. Recently the restaurant announced they would keep things going until the end of 2020, so you still have some time to dine-in or try their take-out options.

3 reasons why this Italian restaurant in Yaletown should be on your holiday dining list
Nov 23, 2022 9:00 AM