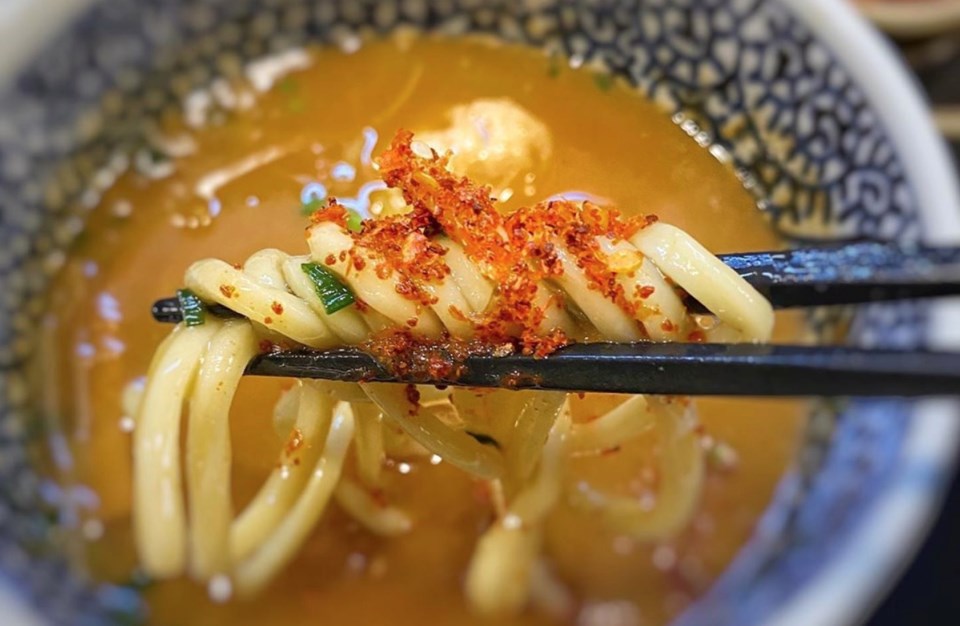 Some consider it the "most famous ramen restaurant in Japan," and now Menya Itto - the "King of Tsukemen" - is coming to Vancouver.

Tsukemen is the "dipping noodles" style of ramen - that's when you get a bowl of cold noodles served with a bowl of broth for dunking those noodles into.

Hailing from Tokyo, Menya Itto is considered the top of the heap when it comes to tsukemen-style ramen, and they have revealed plans to expand with a franchise in Vancouver.

Menya Itto is moving into 1479 Robson Street in the now-closed second location of Ramen Koika (pour one out for them; Koika added this second outpost in spring 2018, four years after launching their original location on Davie).

Of the OG Menya Itto, a little backgrounder here from blogger DL's Travels: "This minimalist shop has been massively popular ever since Yukihiko Sakamoto first opened its door in 2010. He now has five shops in the area and a whole bunch of overseas [franchises] bearing its name, from Hong Kong to Taiwan to Thailand."

And now comes Canada. It seems initially Menya Itto was looking to have their first foray into Vancouver open this summer, but for now we'll just have to wait and see. No posts so far on the @menyaittoca Instagram, but give them a follow if you're looking for updates. We'll share more details about the ramen spot when they become available.

In the meantime, gear up for Menya Itto's arrival with these pics from other locations around the world:

2/9/10: one of the shops that has held the belt as top rated ramen shop in japan. Opening in little Tokyo soon 🙏😭 #menyaitto #ramenitto #covidgoaway #shinkoiwa #tokyo #tabelog #ramendb #shotoniphone #day81

This is a Chinese food blog... but I need to make an exception to talk about Menya Itto, which has officially become my favorite ramen in Hong Kong. The original Tokyo shop is thought of as the #1 or #2 tsukemen in the city, with a line 100 people deep most days! The noodles are extra tight, bouncy and with a pronounced wheaten flavour. Menya Itto even imports the same noodles they serve at the Tokyo shop to Hong Kong. They are served cold, to contrast the hot chicken-based dipping broth, which is mixed with five types of fish and shellfish to a super thick viscosity — namely so that it clings to the noodz when you dip them! They also include two chunky pork and chicken meatballs, raw white onion strips and menma (marinated bamboo shoot) in the soup — it is SO glorious. I’m not even sure I can be bothered to eat another type of tsukemen after Menya Itto. Lastly, the cherry on top is the chili shrimp crumble to add to the soup! It’s quite spicy but also super tasty. 🦐🐟🐔——————————————————————————— 📍Menya Itto (麺屋一燈), Shop 32, LCX, 3/F, Ocean Terminal, Harbour City, 3-27 Canton Road, Tsim Sha Tsui #Bettyshanghai_Ramen #Bettyshanghai_noodz #bettyshanghai_hongkong