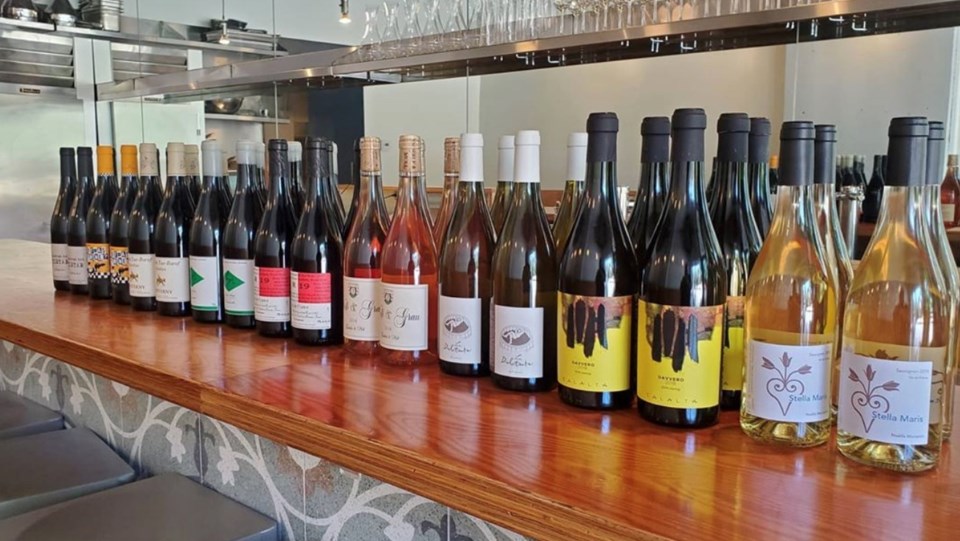 Bar Gobo has just opened up at 237 Union Street. The wine bar with snacks is from the team behind Burdock and Harvest. Photo: @bar.gobo/Instagram

It's starting to be a common theme in the Vancouver restaurant scene: COVID has led to some interesting change of plans. Sometimes those changes mean waiting longer for the doors to open at new ventures, while in other cases the result is something altogether new and exciting.

Back in February, Harvest Community Foods on Union Street at the edge of Vancouver's Chinatown announced plans to bump their popular noodle shop into its own space in order to expand their grocery and CSA options in their current spot. The plan was to break out and slide Harvest Noodles into the vacated Tuck Shoppe space at 237 Union Street, and to rebrand the grocery spot as Harvest Plant + Provisions.

Soon after, however, COVID-19 forced closures and changes across the province and in Vancouver, and the focus changed for Harvest.

Harvest has the same operational team as sibling spot Burdock & Co, where chef/owner Andrea Carlson has been showcasing her "hundred mile diet" philosophy of ingredient sourcing, dishing up contemporary pacific northwest cuisine in a humble, cozy setting. (Side note: Burdock is doing a stunner of a dinner service these days on their grassy side street patio, and they are part of the upcoming Dine OutSide event celebrating al fresco dining in Vancouver.)

Now 237 Union Street has been transformed - minimally - to house Bar Gobo, a wine bar with small bites. Bar Gobo, in its initial iteration, was the lively pop-up offered at Burdock with wines, snacks from a variety of guest chefs, and tunes on vinyl.

Bar Gobo as a concept has been solidified, and the focus is liquid: Wine. They've tapped 2020 BC Sommelier of the Year Peter Van de Reep to head things up.

Says Van de Reep: "I'm extremely excited to be working with Chef Andrea Carlson and Kevin Bismanis as well as the rest of the amazing Burdock & Co. and Harvest teams." He elaborates that Bar Gobo will feature:  "A focus on fun, delicious wines that represent the place they're grown. Wines that are inspiring and exciting."

We've heard that Bar Gobo quietly opened their doors for the first time on Wednesday (Aug. 19), so you may want to pop by to check them out, or give them a follow on Instagram to stay updated.