This Vancouver bartender explains why bartending should be social, not social media 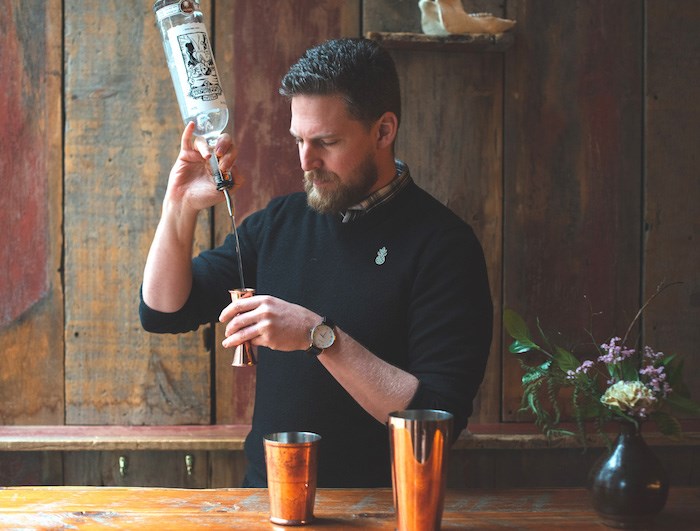 It’s been said that we trained bartenders in the art of mixology and along the way we lost the art of bartending. But in the debate of bartender vs. mixologist, the end goal of both was essentially the same: Be better, be more knowledgeable, provide better experiences, work in better places. I believe both sides would agree that it is unbecoming of a barkeep to seek prestige by any other means than hard work and education.

Now, unfortunately, there is a new subculture that is neither pure bartender nor mixologist, and it’s one that doesn’t care about service at all. I’m talking about the bartending influencer, the “Insta-tender,” the social media bar star who chases “likes” the way others chase regulars. They’ve forgone the time-honoured route of cutting their teeth in low-standard venues, finding a mentor, earning credible certification and working their way up. They’re not part of the co-operative bartending community that supports, trains and holds one another accountable.

Instead, they hire a photographer and spend innumerable hours curating their social media feeds. For the sake of social media prestige they have found a way to digitally fabricate the idea that they’re capable of more than they truly are. They are not service providers. They are charlatans.

This isn’t a case of “Stop following bartender X online and start following bartender Y.” Bartenders who invest their time and efforts into building their skill sets, programs and communities don’t get the same sense of satisfaction knowing they’ve reached 1,000-plus likes as the Insta-tender does. Their ROI exists in watching guests leave happy, content and feeling their hard-earned dollar was well spent.

As a community, we should realize that a good picture may be pretty, but it’s fabricated and fleeting. We must stop idolizing those with a tiny blue checkmark next to their online handle (it amounts to nothing) and, instead, support those who have progressed the community.

Our industry relies on human interaction and genuine experiences more than almost any other in the world. Unfortunately, we can’t convince the public to pay less attention to their phones and more attention to individuals better worth their time and money. Or can we?

Next time you’re at your local, ask the bartender where they drink on their days off. Then go check that place out. Or find out who your favourite bartender’s mentor was. Then go sit at their bar. Visit bartenders who genuinely care about their job and community, those who spend their time offering sincere quality service. And then encourage those around you to do the same.

Now that’s how to build an audience for the true influencers of the bartender world.

Alex Black is bar manager at Wildebeest as well as communications director for Mind the Bar and the B.C. chapter of the Canadian Professional Bartenders Association.

Neighbourhood restaurant in Kitsilano closes down without notice
Jan 28, 2022 10:58 AM