Vancouver biz among those turning beer byproduct into bread, cookies and profits

The founder of Vancouver's Susgrainable knew brewers needed help disposing of spent grain and believed consumers could be sold on the byproduct's benefits, which include high amounts of fibre and protein.
0
Aug 19, 2019 10:13 AM By: The Canadian Press

VANCOUVER — When Jeff Dornan opened a brewery six years ago, he knew the brewing process would produce hundreds of kilograms of spent grain, and he had a plan for it.

Rather than pay to dump it in a landfill, he partnered with a farmer to haul it away and feed it to his animals.

Not every craft brewer can access farmers in need of feed, so an industry has formed around spent grain with entrepreneurs turning it into cookies, breads and even dog treats. 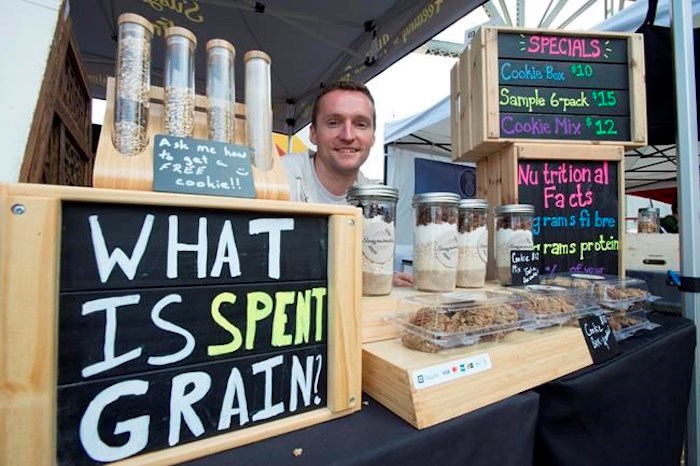 Marc Wandler, President of Susgrainable is pictured at his tent on Granville Island in Vancouver, Tuesday, July 16, 2019. THE CANADIAN PRESS/Jonathan Hayward

"Everyone's trying to think of creative ways of minimizing their carbon footprint," said Dornan, who is also chairman of Ontario Craft Brewers, a trade association representing more than 80 members.

During the brewing process, grain is separated from sugars, starches and other minerals, leaving behind spent grain, which accounts for about 85 per cent of all brewing byproducts.

For one 2,200-litre batch at Dornan's All or Nothing Brewery in Oshawa, Ont, he uses about 400 kilograms of grain, producing an equal amount of spent grain.

"It would be quite expensive to send to a landfill and it's something we never want to do," he said.

The amount of spent grain produced has increased sharply as craft beers explode in popularity. In 2018, Canada boasted 995 breweries — up nearly 22 per cent from the previous year — which produced about 2.17 billion litres of suds.

Some of these breweries turn to entrepreneurs looking to turn spent grain into treats for people and their pets.

Marc Wandler seized on the opportunity to turn waste into a profitable product while studying business. He knew brewers needed help disposing of spent grain and believed consumers could be sold on the byproduct's benefits, which include high amounts of fibre and protein. 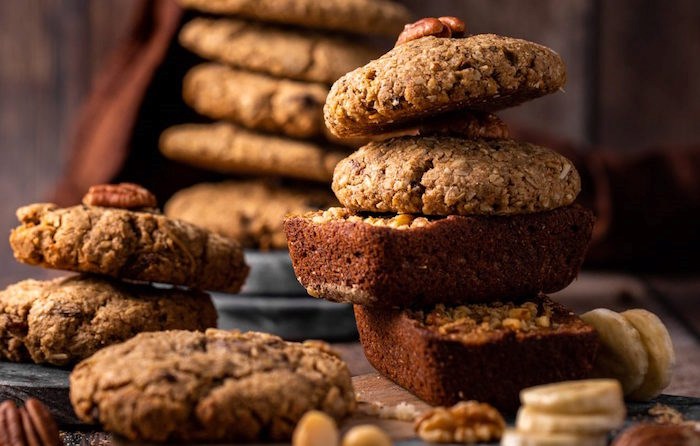 You can try baked goods made from spent grains from Susgrainable when they’re at Vancity’s pop-up marketplace at the PNE Aug. 20-25, 2019. Susgrainable/Facebook

He co-founded Vancouver-based Susgrainable in 2018 and started selling baked goods made with spent grain flour that it mills.

It sells a staple line of banana bread and cookies, as well as seasonal products. Baked goods start at $2.50 and sell for up to $5.

Starting in one Vancouver coffee shop, the company expanded to a local grocery store and the farmers' market circuit before partnering with Fresh Prep, a meal-kit delivery service that offers Susgrainable cookies as an additional purchase.

The three-person team recently hired a baker to create more recipes for their spent grain flour, which they started selling earlier this month for $9 a bag. They plan to sell more sizes in the future and hope the flour will become their primary product. They'll continue selling baked goods as a way to introduce consumers to the benefits and flavours of spent grain.

"There's a lot of people who want to bake their own things with it," said Wandler.

The company is looking to secure financing to open a manufacturing facility where it can dehydrate spent grain and mill the flour, he said.

Companies in other parts of the country are also finding uses for spent grain.

Barb Rideout co-founded Two Spent Grains with her friend in Simcoe, Ont., in 2015 after travelling through U.S. with her husband and visiting craft breweries that made spent-grain bread and other baked goods. Rideout started baking spent-grain bread at home before realizing the ingredient could be a business opportunity.

Her friend and co-founder owns The Blue Elephant Craft Brew House, which provides the byproduct for their dog treats, Brew'ed Biscuits. A 170-gram bag of the spent grain treats retails for $9.25.

Now, when the company needs more spent grain than The Blue Elephant can provide, she finds any brewery they ask is happy to give it to them free of charge.

The duo toured more than a dozen dog shows last year to promote the product and recently signed a distribution agreement with a wholesale baked goods provider, she said, adding the product is sold in nearly 30 locations.

The entrepreneurs are now testing their biscuit on other animals, including rabbits, hamsters, pigs and horses. It's also testing a cookie for human consumption.

"We would like to be as big as we can be," said Rideout, adding the company's future remains fluid as the industry around spent grain grows.

"Our plan kind of changes as we grow into this and we see the needs and the niches."