Freebird has shifted from New West to Chinatown, with a refreshed menu and several new offerings. 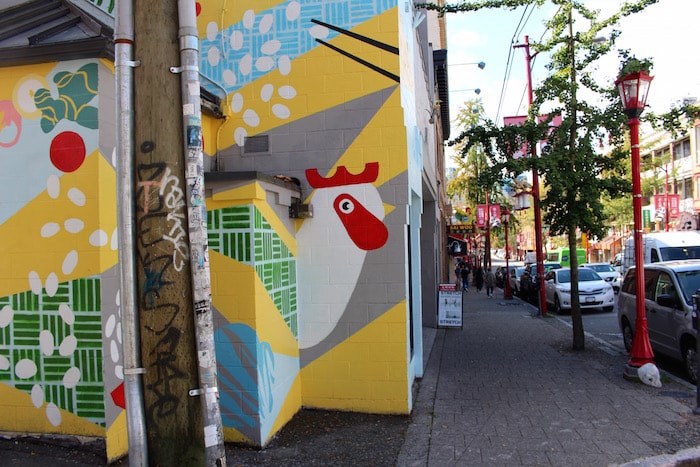 Freebird Chicken has moved into the neighbourhood.  This mural was painted by artist Chrissy Cheung. Photo by Lindsay William-Ross/Vancouver Is Awesome

If there wasn't a chicken-focused restaurant on the other side of the brightly-painted wall of Chinatown House at 188 East Pender Street, it would be a real let down. Amidst the bustle of Vancouver's evolving Chinatown, what was once a bank branch is now a community hub, co-working space, and the new home of acclaimed local chef Angus An's re-located Freebird. The mural was painted by Vancouver-based artist Chrissy Cheung.

Freebird began life down in New Westminster, a second venture at the River Market following Longtail by the busy restaurateur behind Kitsilano's award-winning Maenam, Chinatown's Fat Mao, and the more recent collaboration seafood spot Popina at Granville Island, as well as the noodle shop there, too, called Sen Pad Thai.

But back in January, An shut down Freebird, with plans to shift its operations northward, to the counter-serve shared space at Chinatown House, which has finally come to fruition after a longer than anticipated set of delays. 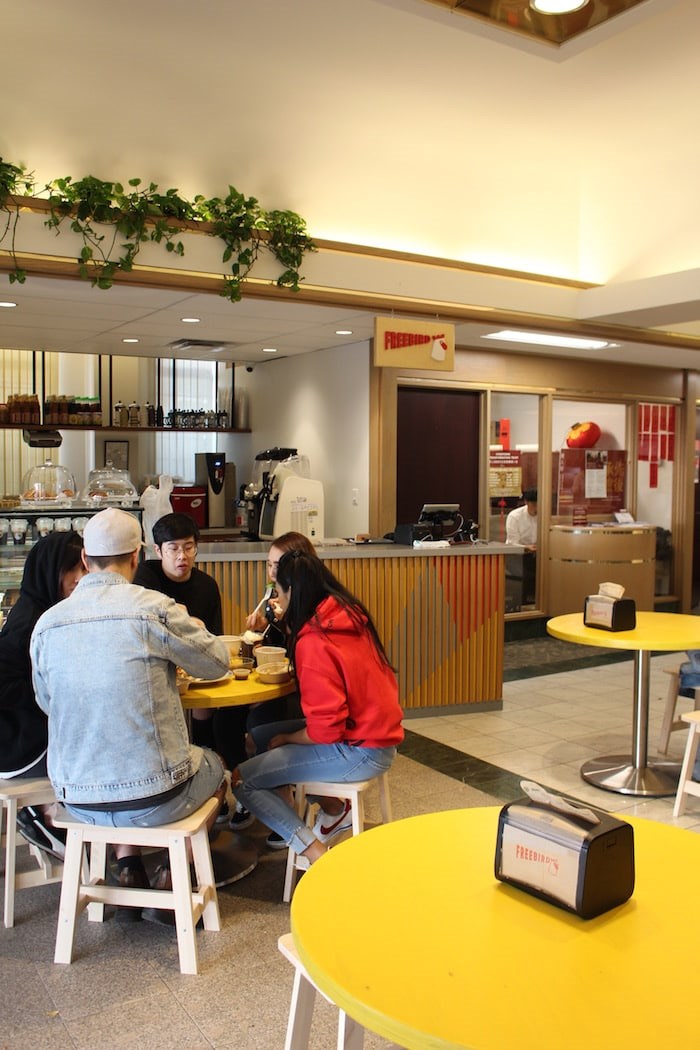 The vibrant modernist chicken mural beckons from the top of the block of Pender that eases down from Main St, framing a shot viewers around the world recently became familiar with as a scene in the Netflix hit Always Be My Maybe, when Vancouver stood in valiantly for San Francisco.

But this is very much a Vancouver story, where the challenges of operating a DTES-adjacent business with a significant cultural history that's in the throes of a major revitalization some prefer to label gentrification are presented as visible reminders in the littered alleys and doorways and busy contemporary businesses sandwiched between the stalwart traditional Chinese ones.

In moving into Chinatown, not far from Fat Mao - which itself has grown increasingly successful over its four-year tenure -  An took the opportunity to make some tweaks to the Freebird menu, in part to produce an even better product, but also to work with the constraints - and advantages - of this unique new space. 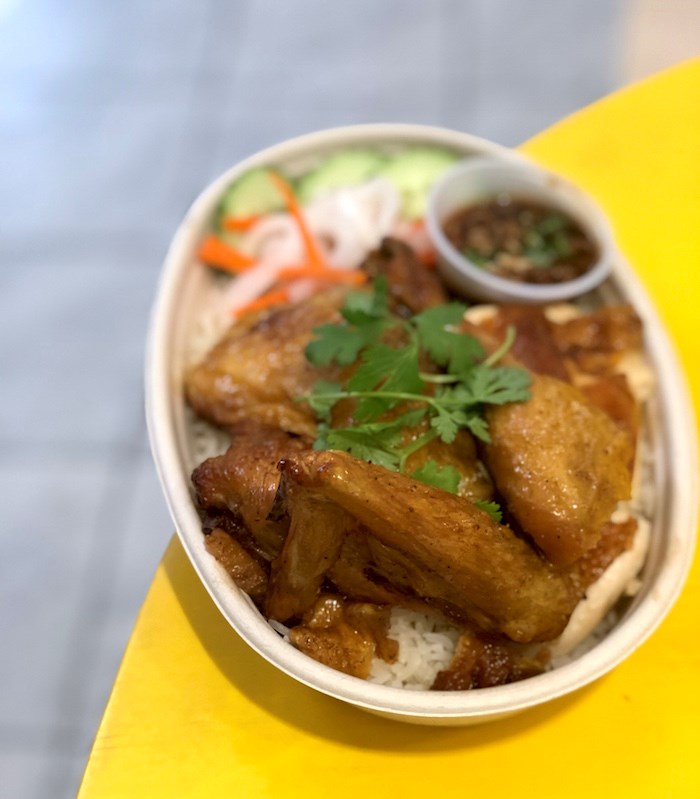 Rotisserie chicken and rice at Freebird. Photo by Lindsay William-Ross/Vancouver Is Awesome

Instead of a Western-style water-plumped chicken, Freebird is now using a Taiwanese breed for their Hainanese (poached) chicken and rotisserie-style chicken.

The bird, An tells me during a meet-up at the new space the day before it officially opened, is longer and leaner, with meat that offers more depth of flavour and that is more suitable for use in his preparations. And you can taste the difference, and see it in the thicker, more yellowy skin, and the noticeably longer bones.

The menu is in some ways pared down, with the Hainan chicken and rotisserie chicken available as a combo plate with rice (cooked in chicken stock for that extra flavour) and pickled veggies and dipping sauce, whole roasted (ideally by advance order), and worked into sandwiches and salads. 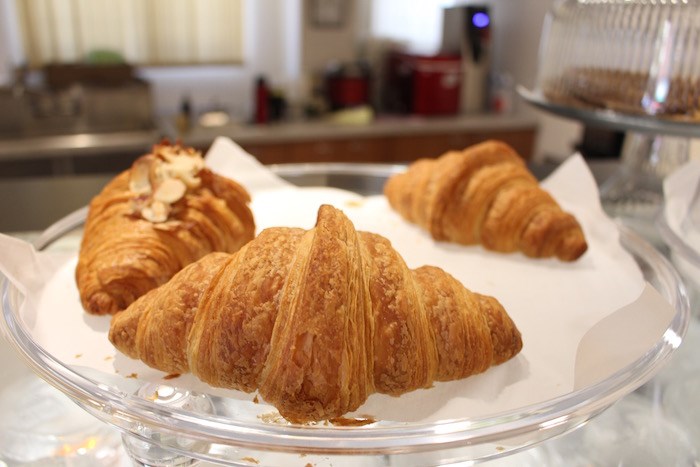 Pastries from Elmo Baking are available starting at 9 a.m., but the croissants are also used for breakfast and lunch sandwiches. Photo by Lindsay William-Ross/Vancouver Is Awesome

The sandwiches are a new addition, and now being built on croissants from Elmo Baking. Those croissants, and other similar pastries from Elmo Baking Co., will be available starting at 9 a.m. weekdays at Freebird, on their new breakfast menu, along with breakfast sandwiches. An all-day coffee and tea program stars French press coffee, and iced coffee and Thai iced tea available with a generous swirl of Birchwood Dairy soft serve.

Since Freebird is essentially the roomie of Chinatown House's co-working and meeting spaces, there's a very laid back vibe to the up front cafe area, with limited seating, and plenty of options for grab-and-go. For those who make use of the co-working space, you've got Freebird as your in-house go-to for buying a cup of coffee, lunch, or a snack, as well as an option if you need to cater a meeting. 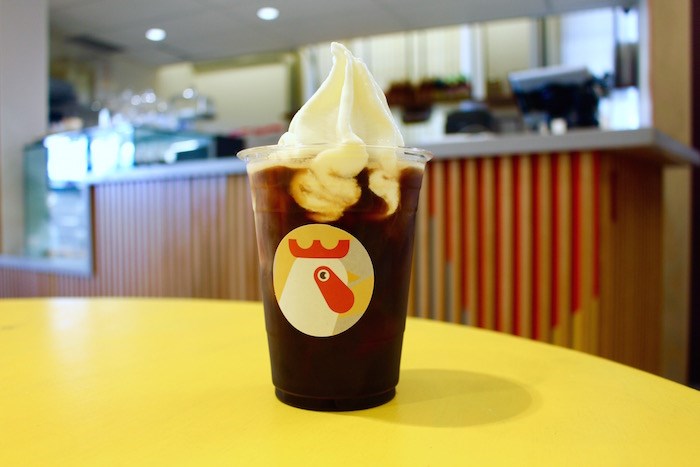 An is one who would rather take it slowly in order to get it right as opposed to dive in and try to do it all, so Freebird 2.0 is starting off with a small staff and weekday-only hours, operating from 9 a.m. to 6 p.m. Monday-Friday. Breakfast items are available from open until they run out, and while you can order up Hainan chicken at any time, the hot rotisserie chicken becomes available at noon. For now, says An, Freebird won't be on board with any delivery services, but does have plans to be in the near future when they're up and running. 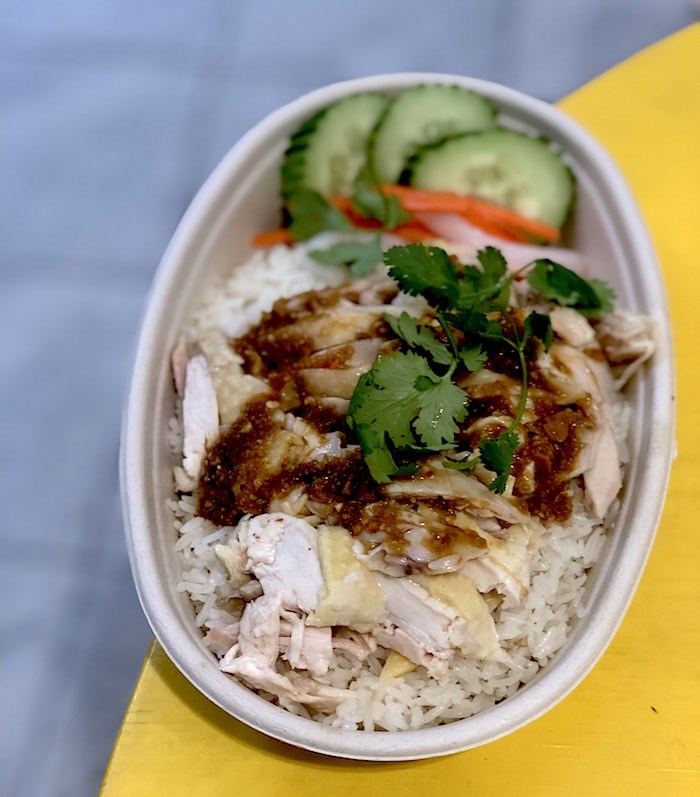 Hainan chicken and rice at Freebird. Photo by Lindsay William-Ross/Vancouver Is Awesome

​​​​​​​6/22/20 - This article has been updated to include the name of the mural artist who painted the restaurant's vibrant exterior wall.