Over 100 Canadian breweries expected at this epic B.C. beer festival

The Great Canadian Beer Festival has announced its 2019 brewery lineup and the venerable Victoria craft beer-a-thon is shaping up to be the biggest yet.
0
Jul 11, 2019 5:09 AM By: Rob Mangelsdorf

The Great Canadian Beer Festival has announced its 2019 brewery lineup and the venerable Victoria craft beer-a-thon is shaping up to be the biggest yet. In all, more than 90 breweries from eight provinces and territories are taking part, the most ever for GCBF. Organizers expect that number to climb to more than 100 by the time the festival rolls around in early September. 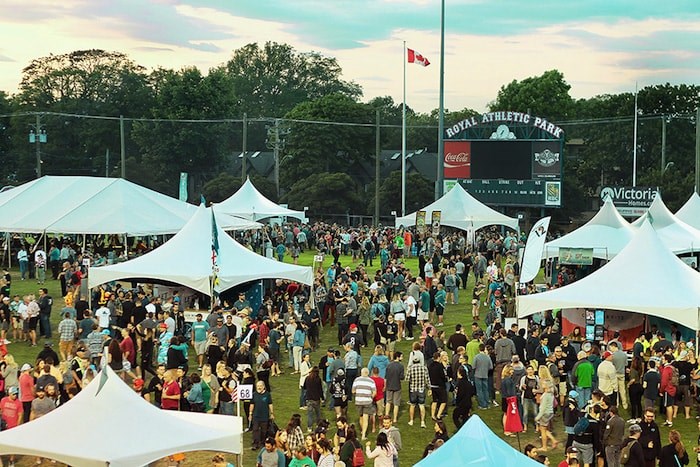 B.C.’s craft breweries will be well represented with more than 60 local breweries taking part. That includes Spinnakers Brewpub and Vancouver Island Brewing, which helped kick off the craft beer movement back in 1984, as well as some brand new operations, such as Victoria’s Whistle Buoy Brewing, Courtenay’s Ace Brewing Co.

Up to 4,500 people are expected to attend this celebration of Canadian craft beer each day. In addition to the wide array of craft breweries, attendees can expect local cideries, food trucks, and the B.C. Ale Trail-er – an on-site tap truck serving a selection of beers from breweries across the province that otherwise would not be able to participate.

This is the first year Great Canadian Beer Festival will be produced by the Victoria Beer Society (producers of Victoria Beer Week each March and the Pop-Up Beer Gardens at Centennial Square on Wednesdays and Fridays throughout this summer) following the retirement of GCBF’s founders last year.

Here’s the full list of participating breweries and cideries: