I tried Ikea's new plant-based meatballs (and you probably should, too)

Say hello to "Huvudroll." No, it's not this season's must-have storage system or end table. It's a plant-based meatball.
Mar 5, 2021 2:39 PM By: Lindsay William-Ross 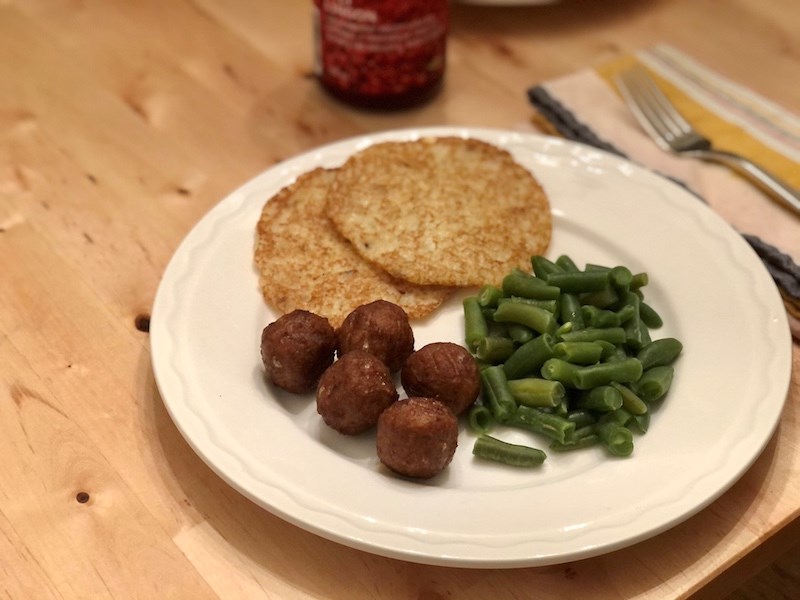 The Ikea meatball made its debut back in 1985, and I'm fairly confident it's been a part of my life since then, too. A trip to the Swedish home furnishing giant's store doesn't seem complete without a stop in the cafe to load up a tray with meatballs swimming in gravy, mashed potatoes, and that tangy-sweet lingonberry jam.

But another thing Ikea and I have in common is that what's on my plate in recent years has become progressively more plant-based. Ikea's been shifting a lot in recent years to make fully plant-derived foods available at its cafes, including their veggie hot dog and, most recently, non-dairy strawberry soft-serve.

Now they've added the Huvudroll to its line-up. No, it's not this season's must-have storage system or end table. It's a plant-based meatball.

Ikea kindly sent over a frozen package of the Huvudroll - which is more easily remembered as what they call 'em: plant balls - for me to try out.

Available for $6.99 for a 500g bag from the store's food market section, the plant balls have "the great taste and texture of the Ikea meatball but only 4% of the climate footprint," according to Ikea.

I'm pretty open to trying a lot of plant-based items; in February 2020 I went fully vegan for the entire month, with the intention of writing a series of stories on the experience (the COVID-19 pandemic interrupted those plans in March), but what's stuck around is that I continue to try plant-based substitutes for animal products, and I prepare multiple meals a week at home that are fully or nearly-fully plant-based. (And by "nearly-fully plant-based" I mean by a drizzle of honey, not by a ribeye steak.)

The bigger critic in my house to worry about is my son; he was not a fan of Vegan February, and sometimes looks a little crestfallen when I tell him dinner is going to be plant-based. But he's game to try just about anything, so we sat down to a meal of plant balls, shredded potato pancakes, and lingonberry jam from Ikea.

The plant balls can be heated up in the microwave, pan-fried, or baked in the oven. I went with oven-baked, and any fears that this would mean I ended up with a drier product were unfounded. The plant balls were tender and juicy, and they had a texture almost identical to the regular Ikea meatballs. The taste had strong notes of the kind of seasoning you'd expect from sausage - specifically a plant-based sausage. In that sense, though the texture was a bit different, the taste reminded me right away of the Beyond Meat breakfast sausage patties you can get on sandwiches at places like A&W.

So what's in them? They're made with pea protein, and feature ingredients like potatoes, onion, oat bran, dried apple, a rice-flour based binding mix, vegetable oil, and lots of seasonings. In regards to the vegetable oil and how I cooked them, I noticed that when they baked a bit of oil seeped out, which made me glad I hadn't pan-fried them to add in more oil.

Nutritionally, they're pretty good. It's 220 calories per serving, 14 grams of fat, 13 grams of carbs, 3 grams of fibre, 2 grams of sugar, 9 grams of protein, and 350 grams of sodium. Not exactly health rock stars, but also totally fine as part of a balanced meal. One important note: The serving size is five plant balls, but you'll notice about double that amount in promo photos of them as a meal. We ate a couple more than that each and were totally satisfied. 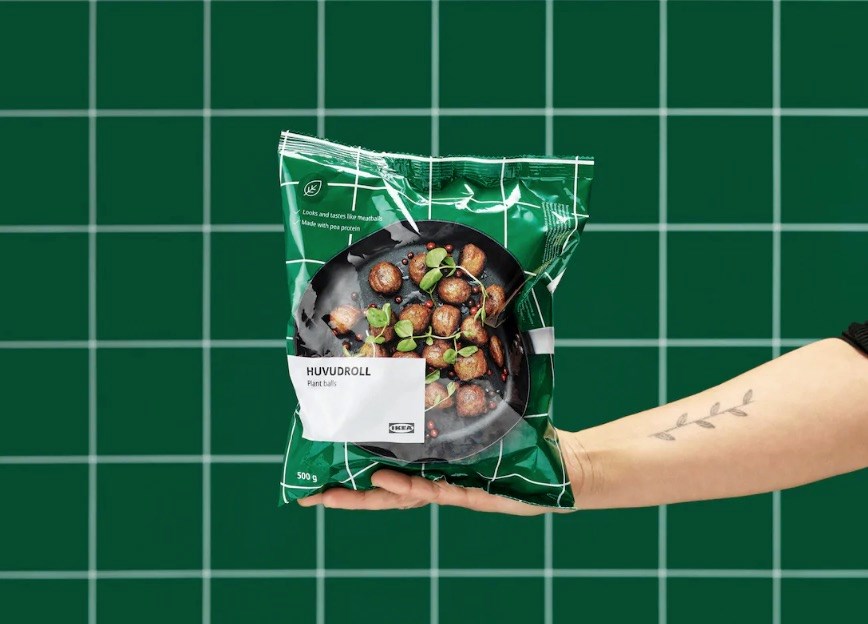 Plant balls, or huvudroll, are new to Ikea Canada. Photo via Ikea

Now, I've hated a lot of "fake meat" and "fake dairy" products, and have come to a point where I can pretty easily break down which mass-market products are good and which are gross. But I have to hand it to Ikea: They make a mighty fine plant ball. In fact, they happen to be one of the best "meat subs" or "faux meat" products I've tried. (Bonus: Thumbs up from the in-house mini-critic, too.)

Verdict: Should we all be vegan? Nope. Would many of us, and the earth, be well-served if we ate more plants? Yep. Should you try these Ikea plant balls? Sure!