B.C. winery employee fired for accidentally dumping 5,680 litres of wine down the drain 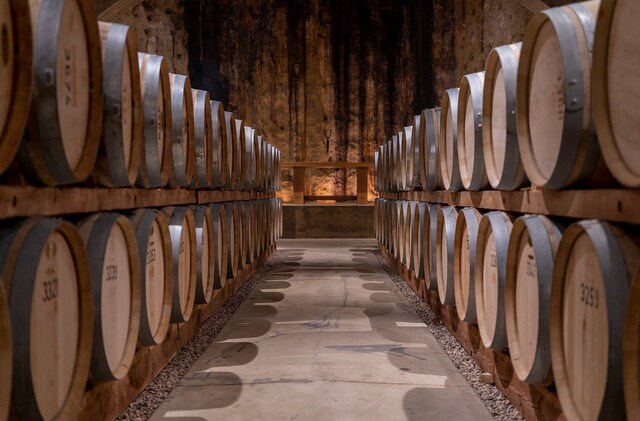 It's a wine lover's worst nightmare.

A former employee of one of the largest wineries in the Okanagan was fired in 2018 after he accidentally dumped 5,680 litres of Sauvignon Blanc down the drain. And it wasn't the first time he had made the same mistake.

Brent Crozier had worked for the local winery for more than 16 years, and in 2014, he had been promoted to a “cellarman 1,” the top cellarman position.

On Nov. 19, 2018 , Crozier was moving Mission Hill Estate Sauvignon Blanc from one tank to another during the blending process. During this operation, the cellarman will flush water through the system, flushing the water down a drain, before switching a valve and moving the wine into the new tank.

On this occasion, Crozier forgot to switch the valve, and failed to perform a “line check” at the required 15-minute mark. Within about 30 minutes, 5,680 litres of Sauvignon Blanc, at more than $162,000 retail value, went down the drain.

“I was freaking out. I could not believe I forgot to change over the valve," Crozier told the arbitrator during his recent hearing, adding he had been working through the weekends at that busy time of year, and was under a lot of pressure.

After he realized the mistake, he told his manager he felt “really, really bad."

This wasn't the first time Crozier had messed up though. The year before, he had made a similar mistake, flushing 11,000 litres of wine down the drain. At the time, he had "apologized profusely" to management and promised to be more careful in the future.

Mission Hill Winery has only had a “total loss of wine down the drain” during cellar operations on two occasions in its more than 50-year history. Both times were a result of Crozier's mistakes.

Crozier's union argued that firing him was too harsh of a punishment, but the arbitrator disagreed.

“He did not so much make a mistake in carrying out his duties as he simply failed to carry out his duties at all, over the relevant time frame,” Glass said in his decision.

Glass acknowledged Crozier's remorse, but added Crozier had made similar apologies after the 2017 incident.

Team behind one of Vancouver's top restaurants opening Italian-American BBQ spot
Dec 12, 2019 11:40 AM

Why The Mackenzie Room is the best Vancouver restaurant you've never heard of
May 6, 2019 1:23 PM
Comments
We welcome your feedback and encourage you to share your thoughts on this story. We ask that you be respectful of others and their points of view, refrain from personal attacks and stay on topic. To learn about our commenting policies and how we moderate, please read our Community Guidelines.